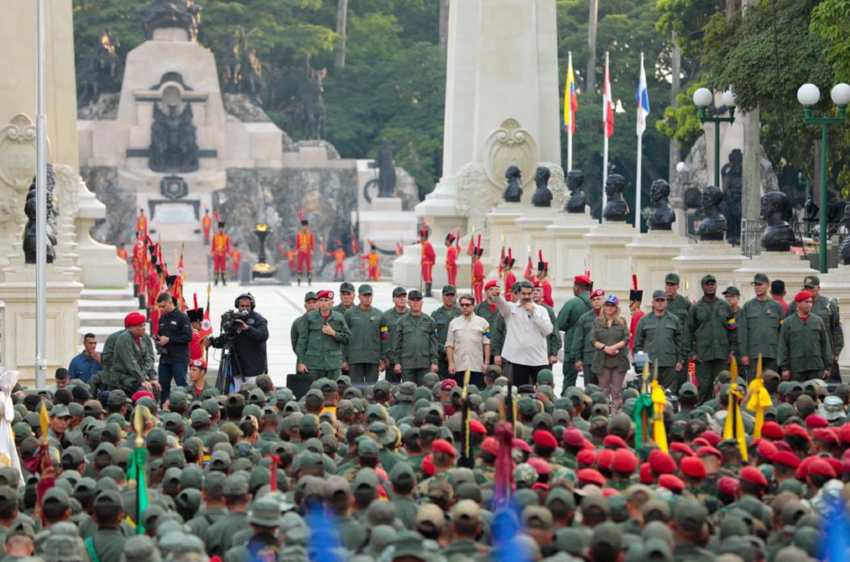 Venezuelan President Nicolás Maduro tweeted on Wednesday that he has ordered his military to be “prepared to protect the peace” in the case of a US intervention in the nation.

Neoconservative lawmakers and pundits have been salivating over the prospect of overthrowing the socialist leader and replacing him with opposition leader Juan Guaidó.

“I have ordered all military branches to be vigilant and be ready to protect the peace, to make any attempt by the North American empire to try anything against our homeland impossible. Peace will be our victory!” Maduro tweeted in Spanish.

Maduro has also ordered his military to capture any traitors within their ranks.

The media and many members of DC’s political elite had attempted to paint a portrait of an Ecuadorian military who were set to defect and allow Guaidó to waltz into power — but that was not the case. President Donald Trump’s national security adviser John Bolton even made a video pleading with Maduro’s top aides to defect. Though the US, UK and over 50 other countries have recognized the opposition leader as the interim president of the Latin American nation, the Ecuadorian armed forces have largely stood by Maduro.

According to a report from the Washington Post, President Trump was “misled about how easy it would be to replace the socialist strongman.”

“The president’s dissatisfaction has crystallized around National Security Adviser John Bolton and what Trump has groused is an interventionist stance at odds with his view that the United States should stay out of foreign quagmires,” the report said.

Though the attempt at regime change is severely at odds with President Trump’s previous anti-intervention positions, the Post report said that “despite Trump’s grumbling that Bolton had gotten him out on a limb on Venezuela, Bolton’s job is safe.”