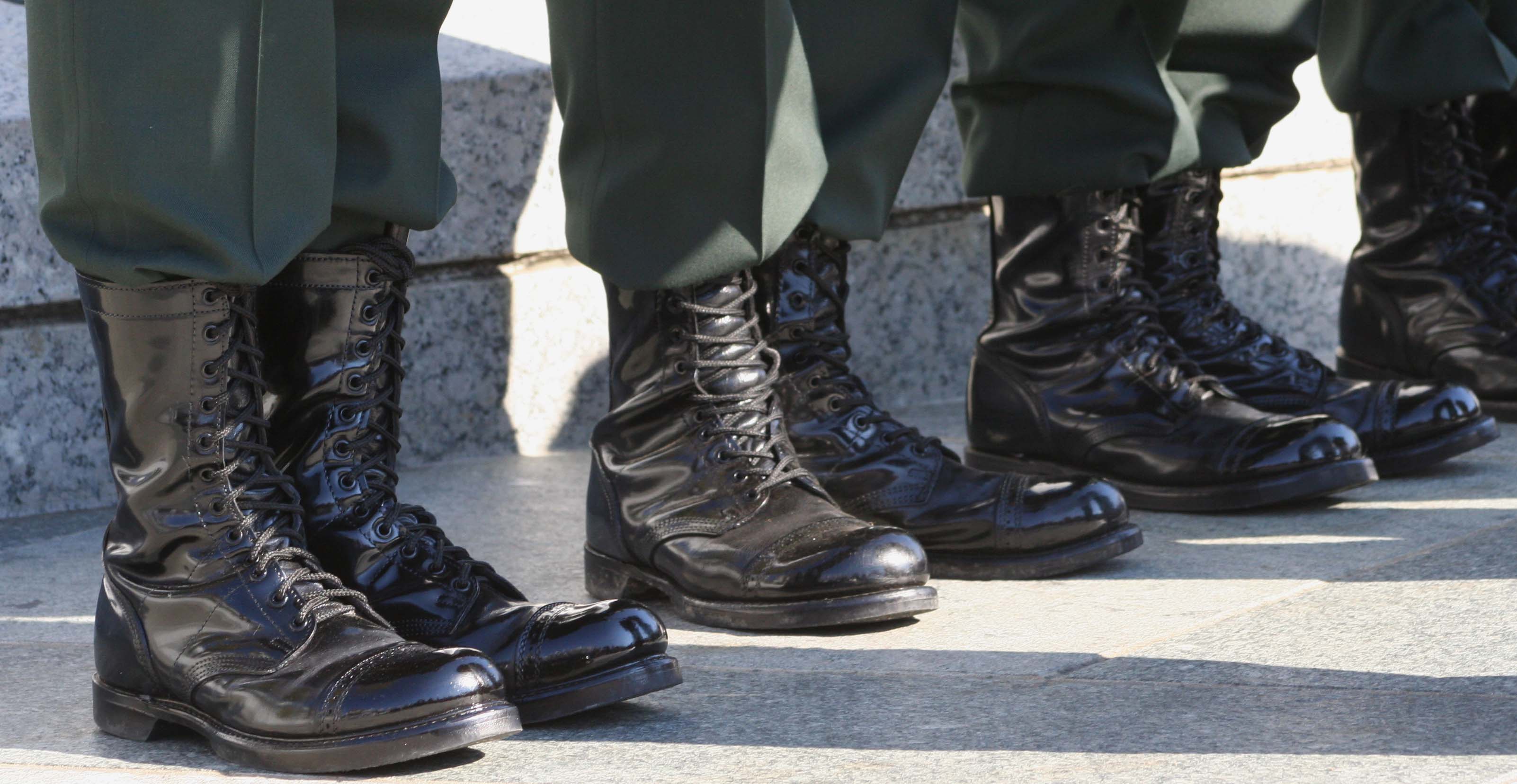 The Pentagon will be presenting the White House with plans to send up to 10,000 more troops to the Middle East on Thursday.

Sending this many American soldiers overseas will stand in stark contrast to the campaign promise to bring troops home made by President Donald Trump.

The plans, US officials told the Associated Press, is to “beef up defenses against potential Iranian threats.”

“The officials said no final decision has been made yet, and it’s not clear if the White House would approve sending all or just some of the requested forces. Officials said the move is not in response to any new threat from Iran, but is aimed at reinforcing security in the region. They said the troops would be defensive forces, and the discussions include additional Patriot missile batteries, more ships and increased efforts to monitor Iran,” AP reports.

While discussing Syria in January, President Trump tweeted that the US must cease it’s endless wars and bring troops home.

….Likewise, do not want the Kurds to provoke Turkey. Russia, Iran and Syria have been the biggest beneficiaries of the long term U.S. policy of destroying ISIS in Syria – natural enemies. We also benefit but it is now time to bring our troops back home. Stop the ENDLESS WARS!

Trump wrote that “it is now time to bring our troops back home. Stop the ENDLESS WARS!”

Likewise, in an interview with Fox News on Sunday, President Trump blamed the military industrial complex for constantly attempting to push the US into conflicts. He stated that he does not want to go to war with Iran and would prefer to handle the situation economically.

“Well, I’m the one that talks about these wars that are 19 years (long), and people are just there. And don’t kid yourself, you do have a military industrial complex. They do like war,” Trump said in his interview with Fox News’s Steve Hilton.

“You know, In Syria with the caliphate, so I wipe out 100% of the caliphate that doesn’t mean you’re not going to have these crazy people going around, blowing up stores and blowing up things, these are seriously ill people…But I wiped out 100 percent of the caliphate,” Trump continued. “I said, I want to bring our troops back home — the place went crazy. They want to keep– you have people here in Washington, they never want to leave. I said, you know what I’ll do, I’ll leave a couple hundred soldiers behind, but if it was up to them they’d bring thousands of soldiers in.”

A bipartisan group of lawmakers also held a press conference on Wednesday urging against war with Iran and calling for the 2001 Authorization for Use of Military Force (AUMF) to be repealed. Speakers included Republican Rep. Thomas Massie and Rep. Barbara Lee.

During Rep. Massie’s speech, he explained that the best way for President Trump to avoid going to war with Iran is simply not to do it.

“It doesn’t matter whether your favorite Founding Father was Hamilton, Madison, Jefferson or Washington — they all recognized the wisdom in leaving the power to declare war in the Legislative Branch and the danger of letting the Executive Branch have that power,” Rep. Massie said. “The president said he doesn’t want war with Iran and I believe him. But, the easiest way not to have war with Iran is not to start a war with Iran.”

Rep. Massie added that, “he is not authorized, nor is any president authorized, to commit an act of war against any other country without a declaration from Congress.”

This morning, I joined my colleagues in front of the U.S. Capitol building to encourage the repeal of the 2001 Authorization for Use of Military Force (AUMF). The AUMF has been used to justify many unconstitutional military engagements. The Constitution grants the Legislative Branch the power to declare war—not the Executive. Great countries do not fight endless wars.Many thanks to Congresswoman Barbara Lee for leading on this issue.

Posted by Congressman Thomas Massie on Wednesday, May 22, 2019

“I think it’s important that we remember that,” he added.

Related Topics:IranPentagonPresident TrumpWar
Up Next

Lawmakers From Both Parties Express Concern Over Facial Recognition Software