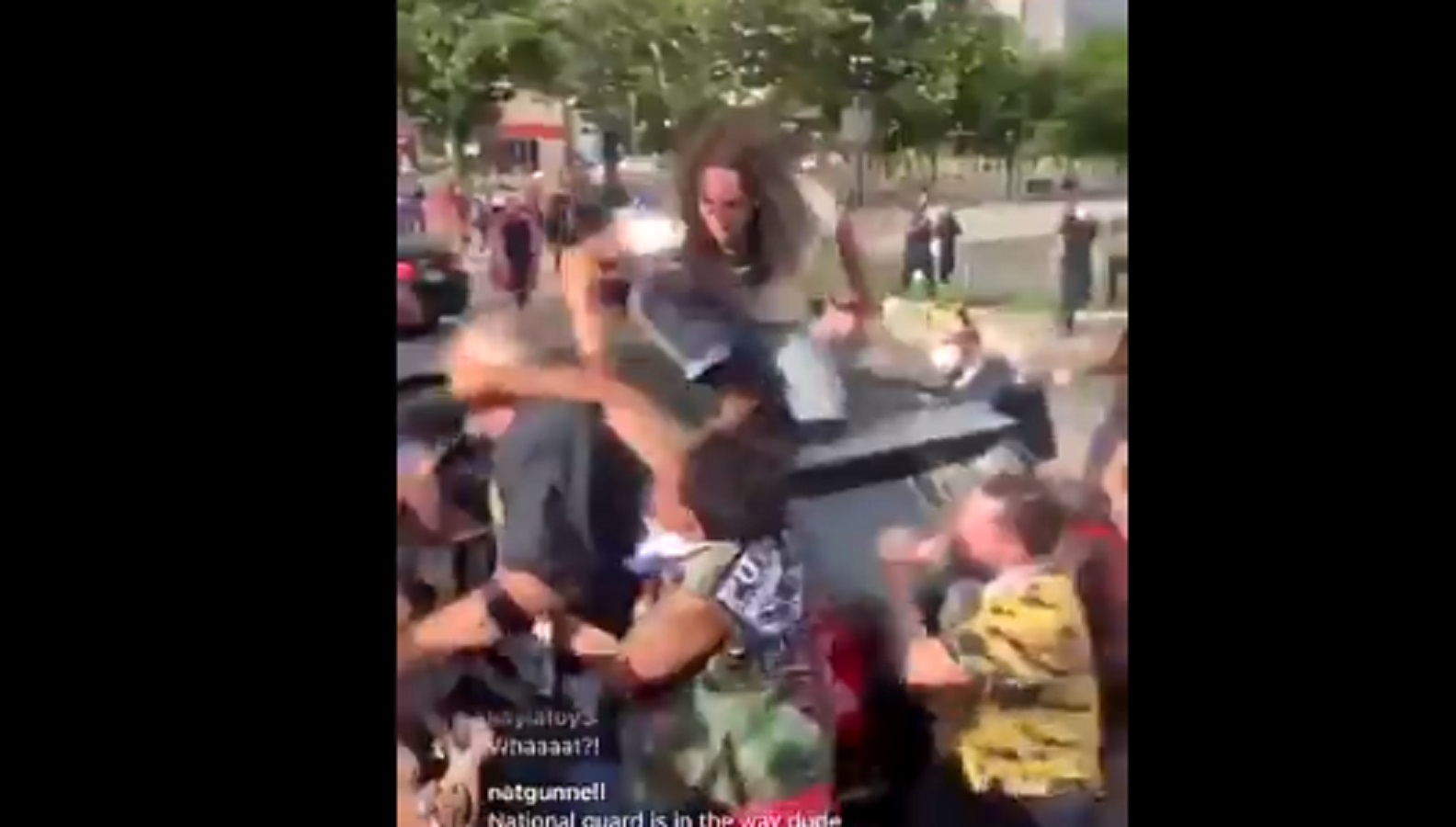 A massive mob of rioters in Salt Lake City brutally assaulted an elderly man who had attempted to protect himself from them with a bow and arrow, then lit his car on fire.

The man was trying to keep the dangerous gang of people away from his car, when they jumped him and he became engulfed in a sea of fists.

A civilian brought a hunting bow to the #slcprotest and began shooting it at protesters. pic.twitter.com/UYZFtISb9I

The condition of the man is not yet known, but his car was flipped over and he was subjected to extreme violence.

WOW: Man in Salt Lake City pulls bow and arrow on protesters blocking traffic and the protesters swarm him, disarm him, assault him then break and flip his vehicle.

The violent mob had stopped traffic and were destroying vehicles. Multiple cars were on fire by late afternoon, including his.

Authorities closing down the streets as this fire rages pic.twitter.com/dEhhow7XtT

Horrifically, the man was taken into police custody instead of the violent attackers.

His condition is not yet known, but his face was bloody when the police pulled him out of the mob.

It is unclear if any of his attackers were arrested.

Rioters in the city have also targeted police vehicles, hitting them with skateboards, overturning them, and lighting them on fire.

“The vehicle’s windows were shattered, and before the fire was set, some members of the crowd were standing on top of the car dancing and waving signs; others in the crowd denounced such actions,” KLS reports.

They were also attempting to harm officers, throwing rocks and other projectiles at them.

The National Guard has been activated in the city. Gov. Gary Herbert tweeted shortly after 5 p.m. calling for people to “protest” peacefully.

The city has also enacted an 8 p.m. curfew that will last until 6 a.m. on Monday.

The police have tweeted for innocent people to flee the downtown area due to “civil unrest.”

Violent mobs have taken over multiple cities amid riots that have persisted for days. The violence began in response to a black man being killed in Minneapolis Police custody on Monday. There have been multiple murders, kidnappings, countless businesses destroyed and arson.

Related Topics:featuredRaceRiotSalt Lake City
Up Next

WATCH: Los Angeles Rioters Hilariously Roll a Dumpster Over One of Their Own

VIDEO: Reports of Shots Fired at Seattle Riot As City Continues to Burn