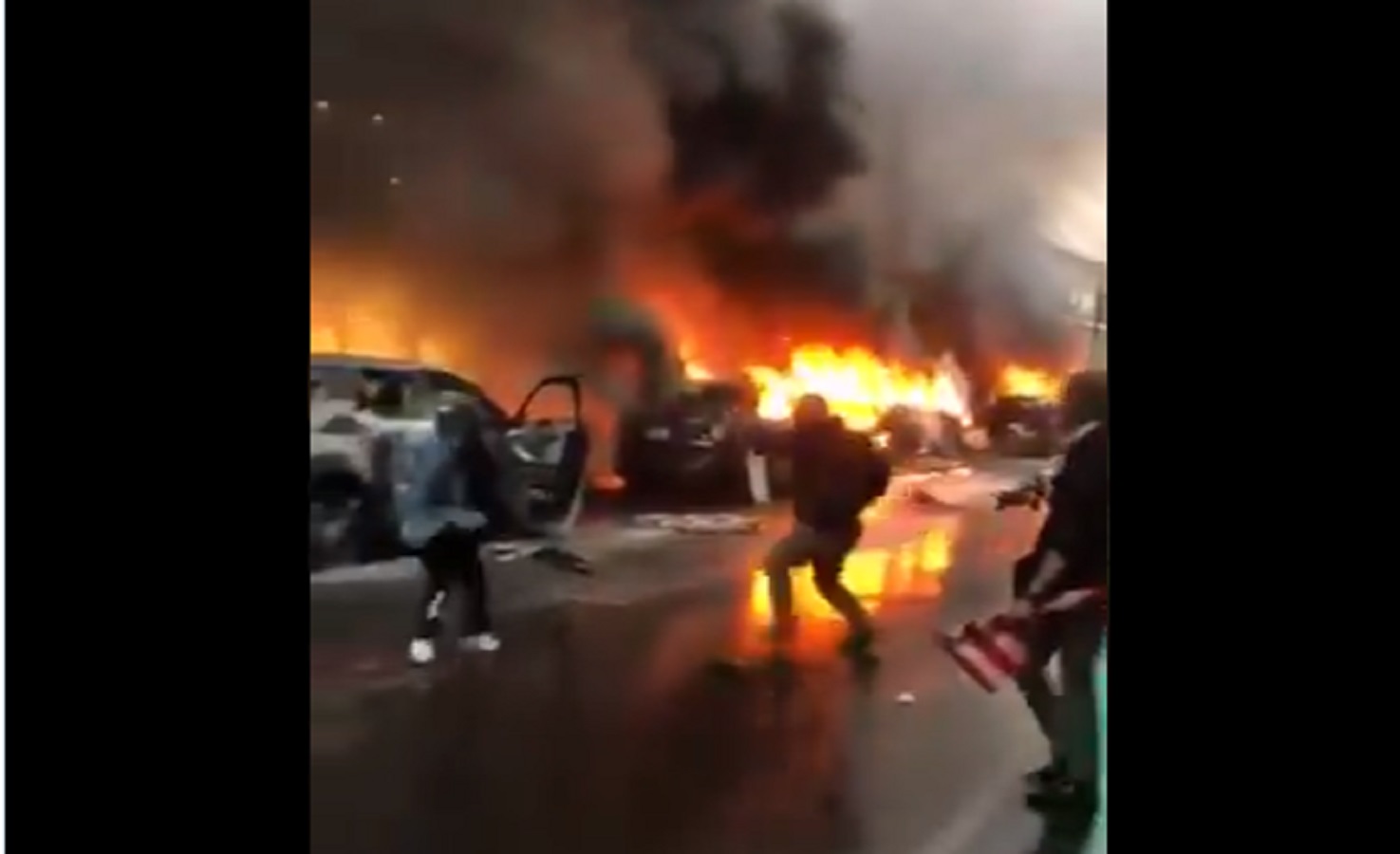 Shots have reportedly been fired in Seattle as rioters continue to cause chaos throughout the city.

In a shocking video posted to social media, a man is seen running up to people who are looting a vehicle as the sound of gunshots ring out.

Shots fired at the #GeorgeFloyd protest in #Seattle: pic.twitter.com/4xmILZydyh

In another shocking video from Seattle, a man is seen attempting to take an AR-15 from a police vehicle.

WATCH: Antifa tries to take an AR-15 from a police SUV in Seattle pic.twitter.com/Rha4NncPzl

Rioters have also stormed the highway, blocking all southbound lanes of I-5 starting near Seneca Street, according to a report from Patch.

There have been multiple injuries to both rioters and police, as well as several arrests made.

There have been days of riots across the nation over the death of a black man in the custody of Minneapolis Police on Monday.

There have been multiple deaths due to the riots. The murder of a federal officer who was guarding a courthouse in Oakland during Friday night’s riot has been labeled an act of domestic terrorism.

Seattle Mayor Jenny Durkan has announced a city wide 5 p.m. curfew due to the criminal mayhem.

“While most of those protests were peaceful, there have been isolated but significant events of violence and destruction. This temporary curfew is intended to preserve the health and safety of our residents by keeping our streets safe and accessible for essential workers and first responders and preventing the further spread of COVID-19,” said Mayor Durkan.

“The curfew is intended to prevent violence and widespread property damage, and to prevent the further community spread of COVID-19 through continued gathering,” a statement from the city added.

“The temporary curfew does not impact people who need to commute to work during these hours, people experiencing homelessness, people in a medical emergency or people in a dangerous situation, first responders, health care workers, and the news media. In addition, the curfew does not require businesses to close while it is in effect, and it will not alter public transit schedules.”

Massive Mob of Rioters in Salt Lake City Attack Elderly Man, Light His Car on Fire for Trying to Protect Himself