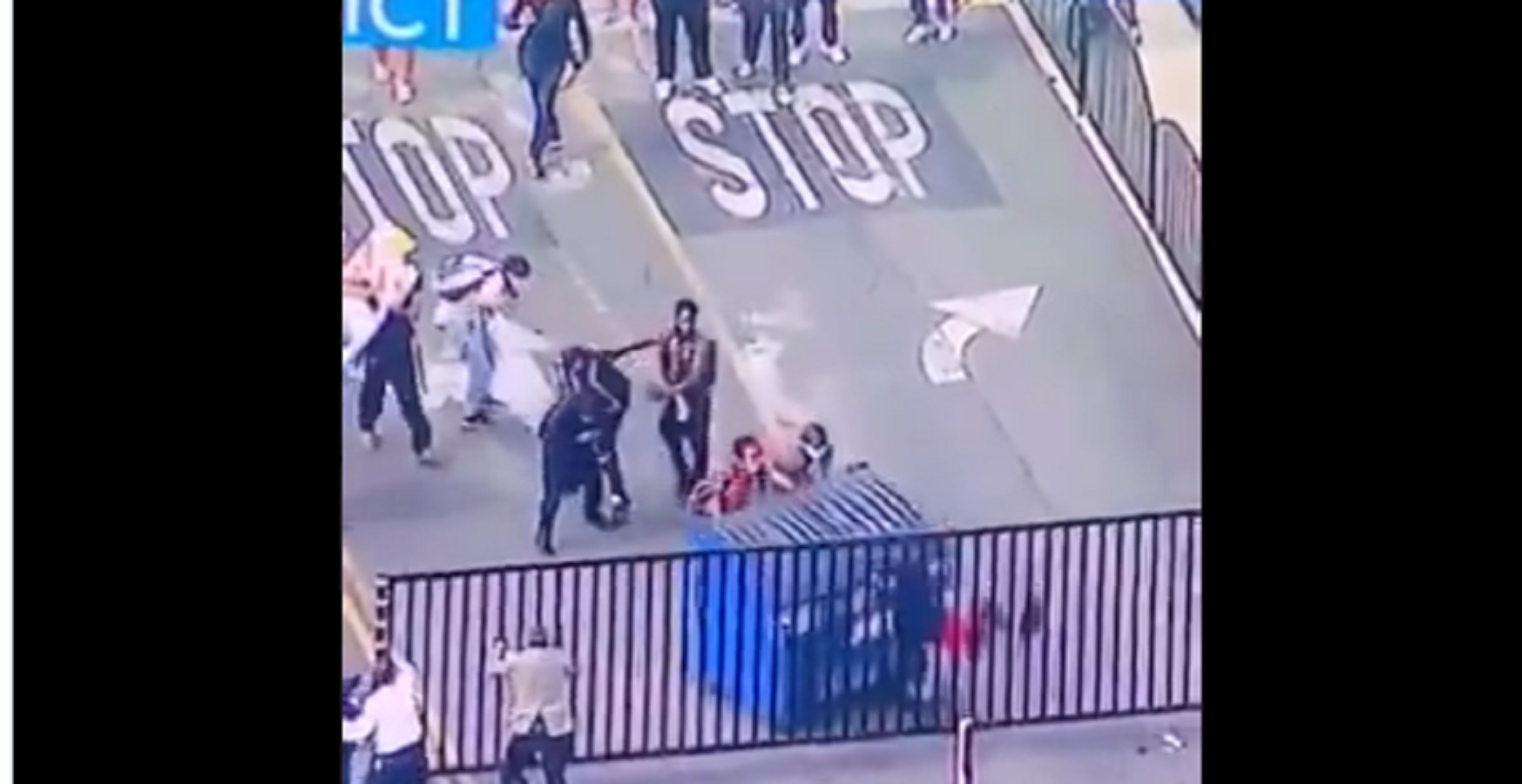 In another bit of hilarious karma, rioters in Los Angeles rolled a dumpster over one of their own.

Thousands of people are currently rioting in the California city.

In the hilarious footage, rioters are seen pushing a dumpster into a police barricade, but accidentally mowed down one of their own in the process.

The protest have taken an interesting turn in Los Angeles pic.twitter.com/WVFE0elo8Z

At least two police vehicles have already been lit on fire in the city. Two officers have also been taken to the hospital after being hit by projectiles.

There has been wide spread looting throughout the city.

ABC 7 reports that “Mayor Eric Garcetti announced a curfew for Saturday night in Downtown Los Angeles for 8 p.m. to 5:30 a.m. The cities of Beverly Hills and West Hollywood also enacted a curfew due to safety concerns.”

There were 533 people arrested in Los Angeles in the riot on Friday, including for attempted murder. Six officers were injured between Friday night and Saturday morning’s riots.

There was a similar moment of karma in Dallas when a looter ran into a glass door while trying to flee a business he just helped to destroy.

Riots have been causing mass destruction across the nation for days following the death of a black man in the custody of Minneapolis Police on Monday.

Hundreds, if not thousands, of small businesses have been destroyed. There has been arson, looting, kidnapping and even murders. The media is still mostly calling them “protesters” as they cause more damage to this nation than ISIS ever has.

Police Chief Michel Moore tried to beg for calm ahead of the protests on Saturday, tweeting, “Last night was a dark reminder of the perils of a society in turmoil and how our people stand to support peaceful expression while being ready to protect the rights of all.”

Massive Mob of Rioters in Salt Lake City Attack Elderly Man, Light His Car on Fire for Trying to Protect Himself