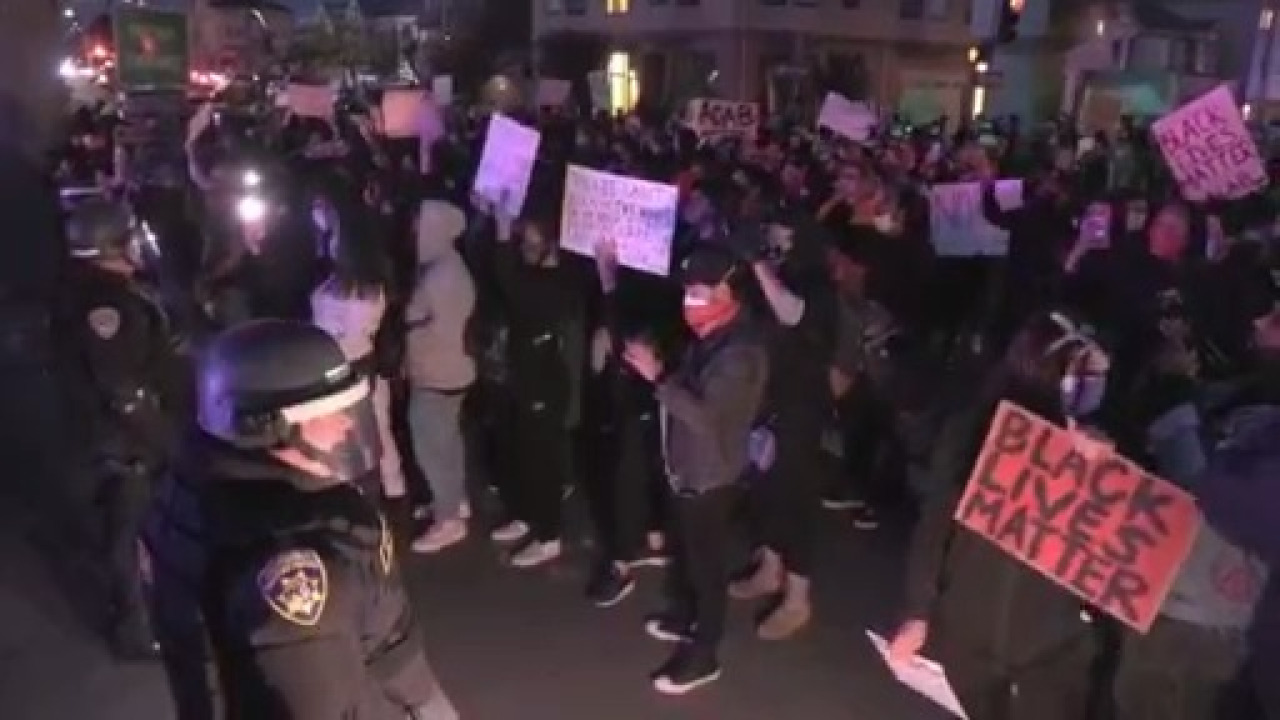 The murder of a federal protective services officer during the riot in Oakland, California, on Friday night has been labeled an act of domestic terrorism.

Two Homeland Security Federal Protective Service officers were shot during the riot by people who pulled up to the Ronald V. Dellums Federal Building around 9:45 p.m. and opened fire on the security officers.

The other shooting victim is reportedly in critical condition.

The glass doors on the building they were guarding were smashed and the place was vandalized with anti-cop graffiti.

The name of the officer who was killed has not yet been released. Arrests have also been made, but law enforcement has not yet released the names of the any suspects.

“When someone targets a police officer or a police station with an intention to do harm and intimidate — that is an act of domestic terrorism,” DHS acting Deputy Secretary Ken Cuccinelli said.

“There are currently threats by some to attack police stations and federal buildings,” Cuccinelli said. “That violence not only won’t be tolerated, we are also committed to ensuring that it won’t succeed anywhere.”

Riots have been taking place all over the nation for days following the death of a black man in Minneapolis Police custody on Monday. There have been arson, looting, kidnappings and even murder, during this nationwide crime spree. In many of the cities, particularly those with Democrat leadership, police have been ordered to stand down and let the chaos continue.

At least 7,500 people were involved in the riot in Oakland.

In a statement about the slaying, Gov. Gavin Newsom made excuses for the rioters, saying that the violence should not be conflated with the rioters who were terrorizing the city during the time.

“No one should rush to conflate this heinous act with the protests last night,” he said in a statement.

VIDEO: Reports of Shots Fired at Seattle Riot As City Continues to Burn

WATCH: Rioters Call for Somali Cop Who Killed White Woman to Be Freed on CNN