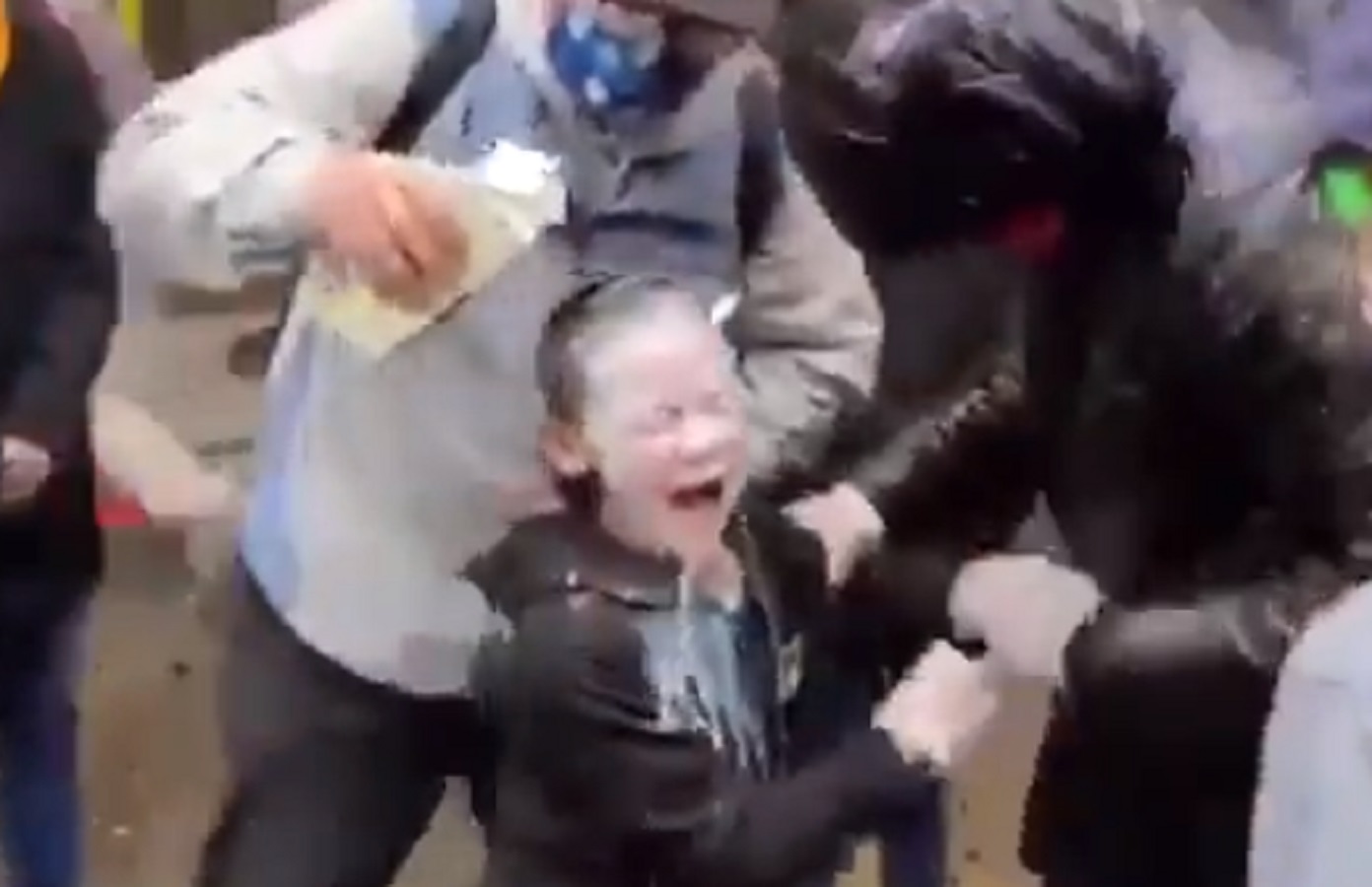 A young child was seen crying after being pepper sprayed in a heartbreaking video from a livestream in Seattle on Saturday.

It is unclear what kind of reckless parent would bring their child to one of these riots, especially considering the amount of violence and destruction that we have watched play out at them for days.

The child appears to be with her father and another young sibling. The children were both dressed in Black Bloc attire, an Antifa militant tactic used to make it harder for police to identify people.

As she cried, protesters poured milk over her face in an effort to neutralize the chemicals.

Warning, the video is painful to watch as the poor little girl screams in pain.

Child hit with pepper spray because their parents are reckless morons. Horrific. pic.twitter.com/Nq8Pk5ZL3x

People on social media have called for Child Protective Services to get involved, as her safety and well being is clearly not a priority for the parents.

That's child abuse. I hope Social Services get involved. Some of the worst parents ever.

The dad is more worried about keeping his face covered so he isn't identified.

During the riot on Saturday, police vehicles were lit on fire, Molotov cocktails and fireworks were thrown at police, and multiple rioters and police were injured.

One of the rioters even stole a rifle from a police vehicle.

there were reports of gunfire, but no reported shooting injuries.

In a statement, Mayor Jenny Durkan announced that there will be a 5 p.m. curfew in place through May 31.

Mayor Jenny A. Durkan, Police Chief Carmen Best, and Fire Chief Harold Scoggins announced an 5:00 p.m. curfew effective today, May 30 and tomorrow, May 31. Mayor Durkan will soon be signing an emergency order. The curfew will be in effect from 5:00 pm – 5:00 am, and during those hours residents and visitors should remain in their residence to the extent possible and should refrain from traveling in and through Seattle. The curfew is intended to prevent violence and widespread property damage, and to prevent the further community spread of COVID-19 through continued gathering.

However, the far-left mayor added that the police will not even be enforcing the curfew unless someone is committing “extensive” property damage or committing violence.

“The Mayor and Chiefs ask all residents and visitors to voluntarily abide by the curfew,” the announcement reads. “The City does not intend to enforce the curfew, except for violations that result in public health and safety threats including fires, extensive property damage, and violence.”