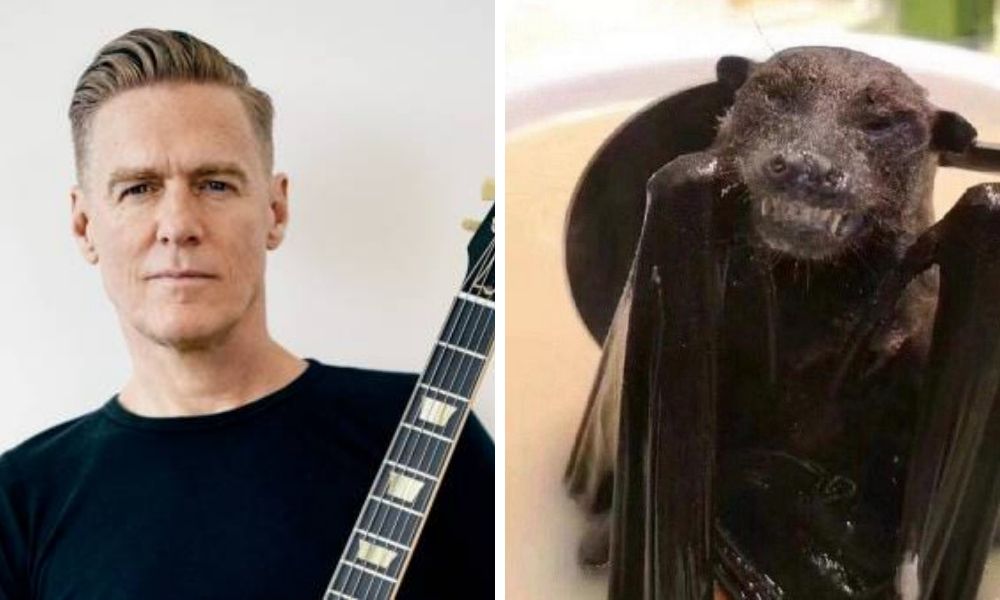 Adams had posted to Instagram about his cancelled concerts and took aim at the culture of wet markets that were once criticized by leftists for the rampant animal cruelty.

“Tonight was supposed to be the beginning of a tenancy of gigs at the @royalalberthall,” he wrote in a caption to introduce a video performance. “But thanks to some fucking bat eating, wet market animal selling, virus making greedy bastards, the whole world is now on hold, not to mention the thousands that have suffered or died from this virus.”

Adams, an animal rights activist, included a suggestion that maybe the people of Wuhan should consider a similar diet.

“My message to them other than ‘thanks a f-cking lot’ is go vegan,” Adams’ post continued.

“To all the people missing out on our shows, I wish I could be there more than you know. It’s been great hanging out in isolation with my children and family, but I miss my other family, my band, my crew and my fans. Take care of yourselves and hope we can get the show on the road again soon. I’ll be performing a snippet from each album we were supposed to perform for the next few days,” Adams’ post concluded with the hashtags #BanWetMarkets and #GoVegan.

Stopping animal cruelty was once a high priority on the left, but has taken a backseat to fighting any perceived racism and pressures to support cultural relativism. So of course people took to social media to slam the artist for his pro-vegan message.

Bryan Adams sucked ass back when he was a thing.

The Nation contributor tweeted that Adams is a “lame has-been” with “stupid opinions.”

I see Bryan Adams is now neck and neck with Ryan Adams in the Which Of Them Is Worse Stakes.

Better be an idiot than a Racist!
Wake up there is NO space for racism

Queen guitarist Brian May, another vegan, has also blamed the pandemic on those eating animals.

Still, ultimately the rage mob was too much for Adams and he gave in and apologized in another Instragam post.

“No excuse, I just wanted to have a rant about the horrible animal cruelty in these wet-markets being the possible source of the virus, and promote veganism. I have love for all people and my thoughts are with everyone dealing with this pandemic around the world,” he wrote.

INTO THE FIRE. Title track from the same album. Apologies to any and all that took offence to my posting yesterday. No excuse, I just wanted to have a rant about the horrible animal cruelty in these wet-markets being the possible source of the virus, and promote veganism. I have love for all people and my thoughts are with everyone dealing with this pandemic around the world. Here’s the appropriately titled song that would have been performed tonight at the @royalalberthall . #bryanadamsintothefire #songsfromisolation #covid19 #banwetmarkets #govegan