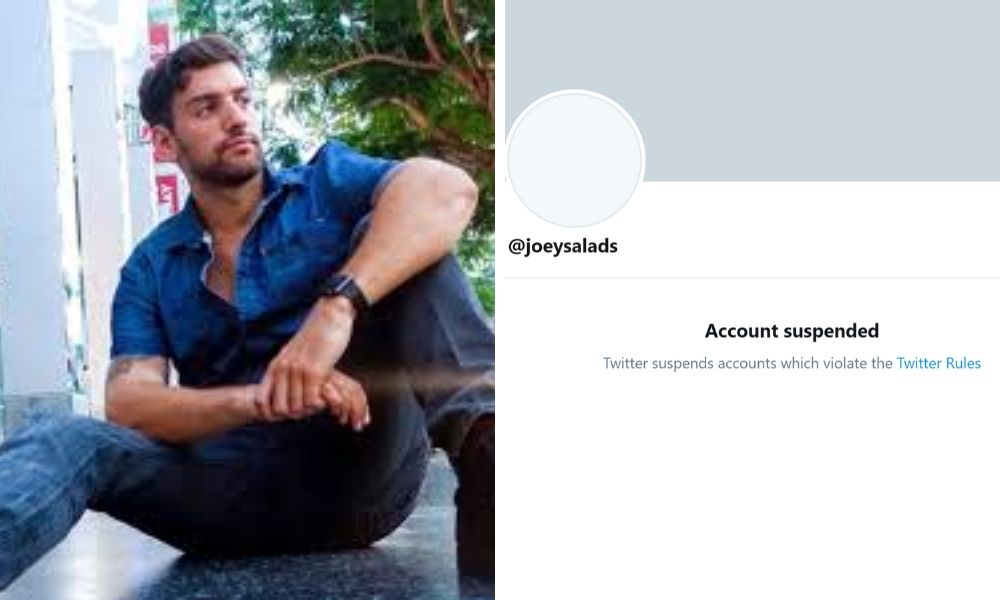 People had been reporting Salads content calling the coronavirus a “hoax,” but had been informed by Twitter that his tweets didn’t violate their rules.

“For the last four months my reply plug tweets have been getting reported. Every time, Twitter says that I did not violate the Terms of Service,” Salads told the District Herald. “I was banned for breaking Terms of Service that they specifically told me that I was not breaking.”

A “reply plug,” Salads explained, is when you reply to yourself on popular tweets asking people to follow him and subscribe to his podcast.

“I had been doing it for six months, maybe more,” Salads said. “Maybe they thought I was using a bot like the Krassensteins.”

The Krassenstein brothers, prominent leftist activists, were banned from Twitter in May of last year.

“The Twitter Rules apply to everyone,” a Twitter rep said in a statement to Variety about their ban. “Operating multiple fake accounts and purchasing account interactions are strictly prohibited. Engaging in these behaviors will result in permanent suspension from the service.”

After this article was published, Brian Krassenstein reached out to the District Herald saying “we weren’t banned for using bots. Twitter never gave an official reason for our banning, instead supplying the media with a rule, but not specifying that we broke it. They did the same for Salads. We were banned, but we never used bots, manipulated their service or bought any sort of engagement. We did have multiple accounts for various reasons, but Twitter’s TOS does not have a rule against such use.”

In an email to Salads, Twitter said that “you may not use Twitter’s services in a manner intended to artificially amplify or suppress information or engage in behavior that manipulates or disrupts people’s experience on Twitter.”

Twitter said that his ban is permanent and that they will also ban any account he attempts to make in the future. 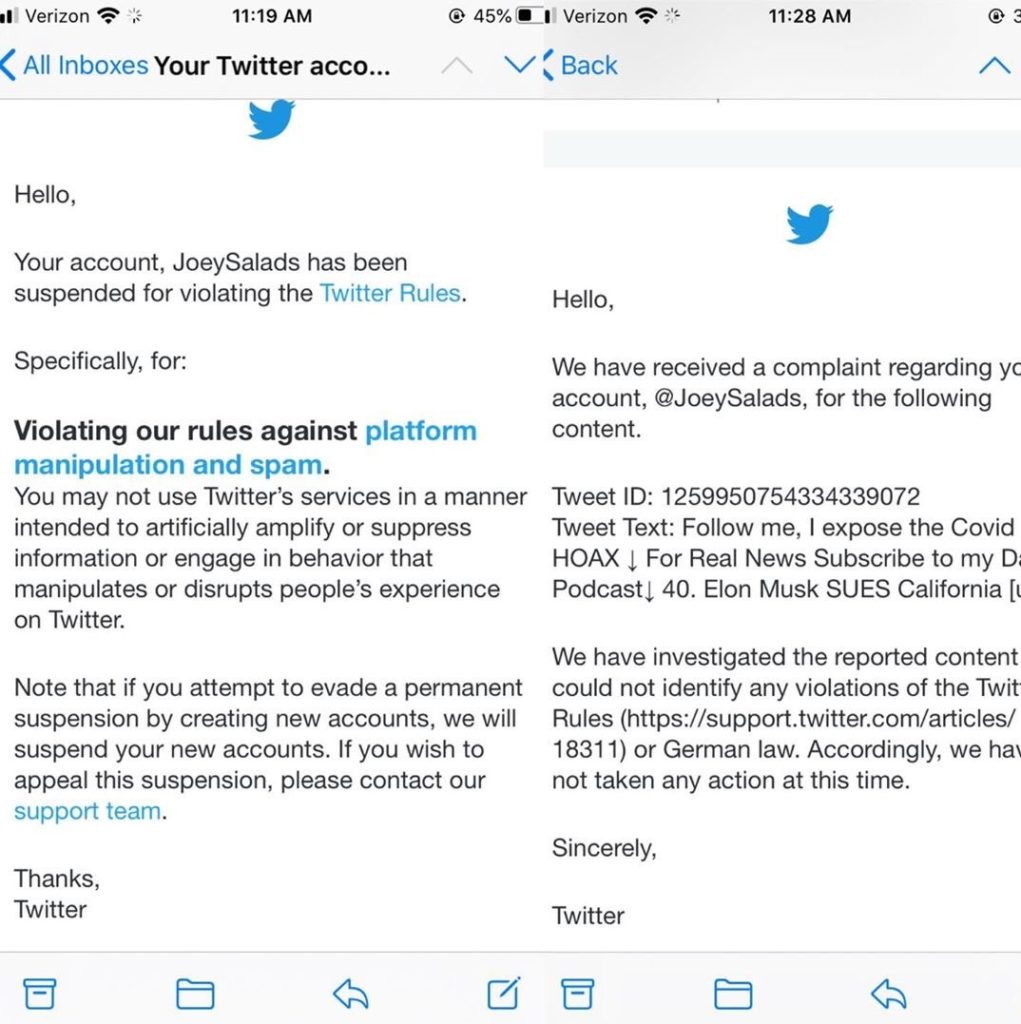 Saladino was the first prominent YouTuber to run for office in the United States. He has nearly 2.5 million followers on YouTube and Facebook, as well as nearly 300,000 followers on Twitter. His work gets over one billion views on social media per year.