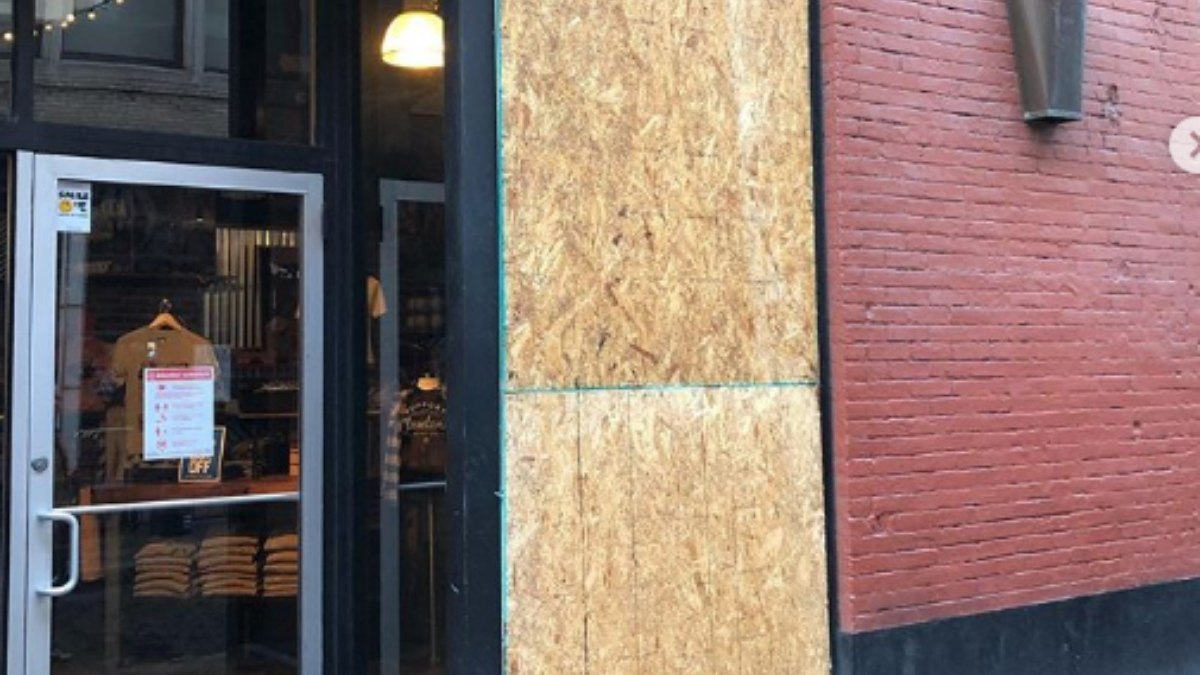 A Cleveland clothing shop was vandalized less than 24 hours after they opened back up for business.

Local businesses like CLE Clothing Co. have been some of the hardest hit during the nationwide shutdowns amid the coronavirus pandemic.

The company announced the vandalism and robbery in an Instagram post, writing “we haven’t even been open 24 hours and someone thought it would be cool to throw a brick through our window, steal some women’s tees and only to get arrested 30 minutes later…”

“Thank you to the great officers at the CPD. We recovered most of what was taken (it’s quarantined) some is still strewn down E. 6th Street. So enjoy your CLE freebie I guess…anyway we’re open downtown for now until another window falls then we may have to rethink some inventory strategies and maybe go back online….we only have so many windows,” the added with a laughing emoji.

“Please continue to support all of our local businesses. We need you now more than ever,” the post concluded.

Police have not yet announced charges or the name of the suspect.

Ohio’s stay-at-home order has been extended through May 29, but some businesses have been able to reopen.

Law enforcement officers in some cities are reporting an uptick in robberies as criminals take advantage of the fact that most people are wearing masks.

Santa Ana police said on Thursday that robberies in the city have increased by 50% since the city’s stay-at-home orders were implemented.

“It’s the norm,” Cpl. Anthony Bertagna, with Santa Ana PD, said. “So we’re seeing more and more suspects wearing the mask and using that to their benefit.”

Elias Khawan, the owner of a gas station and convenience store that was robbed last Friday told CBS Los Angeles that the mask requirements are placing his staff in danger.

“It’s horrible,” he said. “I mean, I know we have to take certain measures because of what’s happening with COVID-19, but it’s the perfect script or manual for a robber — the mask, the sunshade and a hoodie. You don’t know who’s coming, who’s walking in.”

Related Topics:CoronavirusSmall Business
Up Next

CNN Contributor Says Obama Has Been ‘Pushed to the Breaking Point’