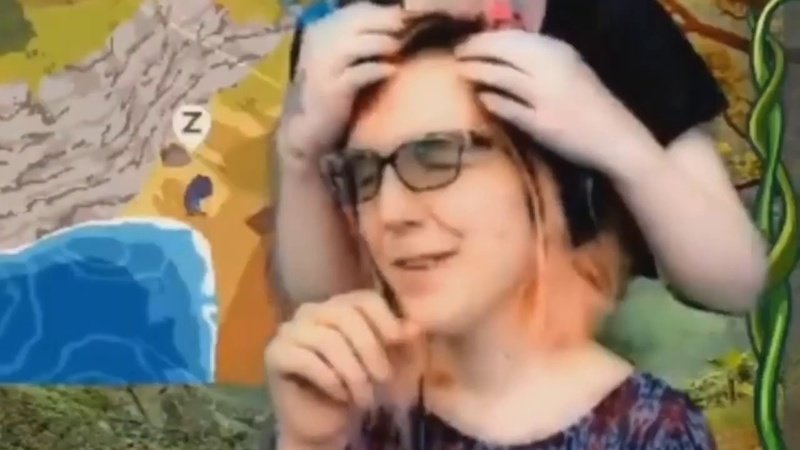 A member of the new Safety Advisory Council at Twitch is a trans “deer-girl” who believes that “a lot” of gamers are white supremacists and can’t wait to use this power against their enemies.

The odd activist, Steph “FerociouslySteph” Loehr, pretends to be a deer on livestreams while being petted by a woman until achieving near orgasms.

Just found out what deergasm is, brought to you by twitch staff … pic.twitter.com/vOmt4WS0bx

The gaming platform announced the creation of the Safety Advisory Council earlier this month to “protect the interests of marginalized groups” and “promote healthy streaming and work-life balance habits.”

Loehr’s role on the team sparked immediate controversy as they have previously stated that they believe a lot of the gaming community are white supremacists.

Twitch announced a group of Safety Ambassadors to help advise and moderate the platform, including streamer FerociouslySteph, who wants to ban voice chat because they think most gamers are white supremacists. Are they right, or are they exaggerating? pic.twitter.com/r5nGoVt1kW

The activist also has ties to the far-left Anti-Defamation League, who helped to form the Twitch council.

I was talking about this with @UE_UpperEchelon last night as I did my own digging, but I would like to know if the ADL played a role in the creation of the twitch safety advisory board, a certain relationship might explain how Deer Girl was brought on. https://t.co/bTH6k7XI3k pic.twitter.com/JeIou05cgv

Loehr has previously advocated for voice chat in competitive games to be removed because it is “the only way to have a level playing field.”

“The only way to have a level playing field at the highest level of play is to not have voice chat, giving up their linguistic profiles. Competition requires you to get every advantage possible. You have to squeeze every amount of advantage you can get. Voice chat is unfair. Period,” they said.

They later opined on Twitter that only “cis white males” oppose the idea of removing voice chat.

In another stream, Loehr expressed extreme joy at the thought of having power and how streamers that they don’t like should be afraid of them.

“I have power. They can’t take it away from me,” Loehr said, barely able to contain their glee. “There’s some people that should be afraid of me.”

Loehr warned that they’re going to “come for harmful people” and added that “Twitch is endorsing me to do that.”

Naturally, Loehr’s extremist views have sparked a massive controversy in the gaming community. Popular streamers began to speak out against their inclusion on the council almost immediately.

In a statement provided to Newsweek, streamer and bodybuilder Knut, pointed out the hypocrisy of Loehr’s attacks on straight while men.

“I find it ironic that someone who was recently appointed to Twitch’s council, with a stated intent to promote equality and improve the platform, is the one who is directly attacking specific groups,” Knut said in a statement. “If the roles had been reversed here, there is no doubt in my mind that they would have been action taken by Twitch. I am simply advocating for subordination to a single rule set by all on the platform, regardless of personal identities or agendas. That is how twitch can remain great and not succumb to bias in either direction.”

Loehr told Newsweek that they are a victim of harassment because of their weirdo behavior.

“I am getting harassed because I represent a lot of things people hate about diversity and acceptance,” Loehr said. “I am different and twitch has platformed me. People believe me to be mentally ill for being different. People believe I am a threat to their video game mechanics. People also don’t like me for my pride, and they don’t like that they have so little power over me.”

Twitch appears to be siding with the “deer-girl,” saying in a statement to the outlet that their safety is the platform’s top priority.

“It is unfortunate to see a member of the advisory council targeted for harassment. The safety of our council members is our top priority and we’ve taken preventative measures to help ensure their safety and well-being. We are in close communication with each of the members and are working diligently to provide them with whatever support they may need.”

A petition has been launched to remove the activist from the advisory council.