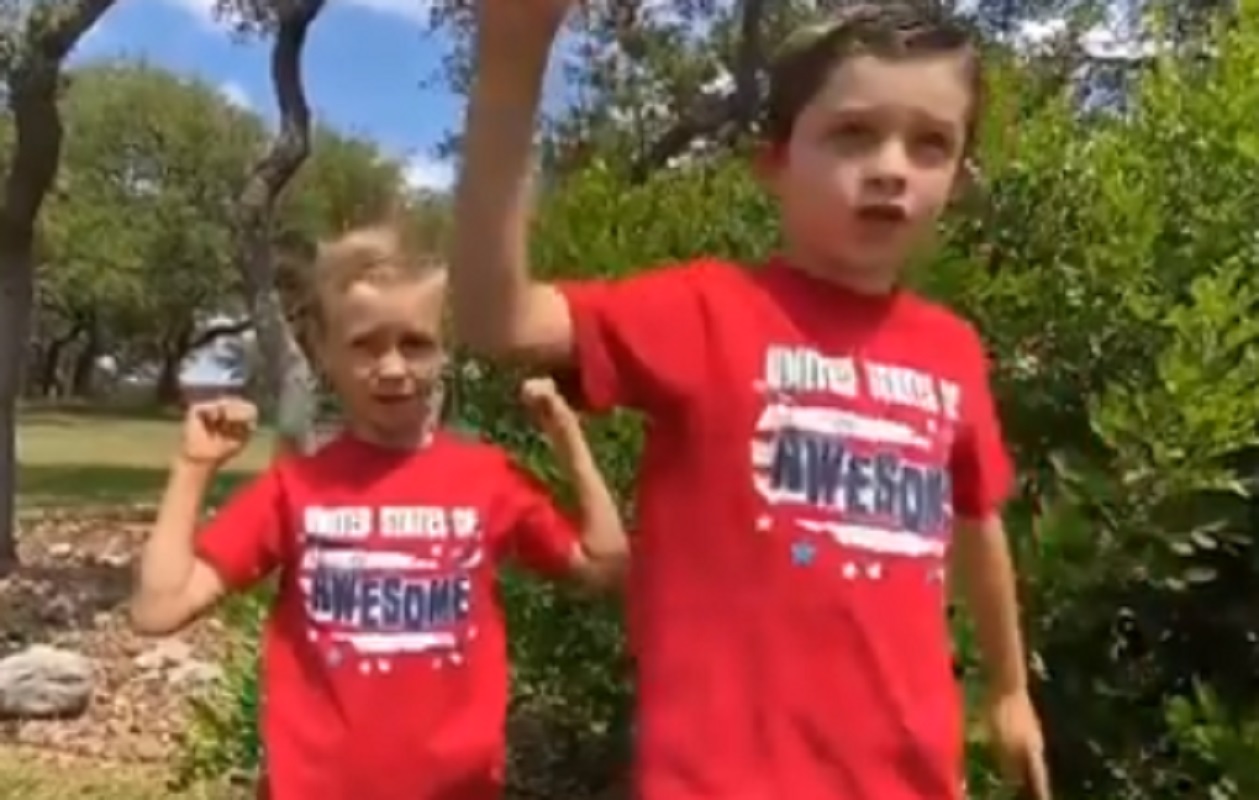 The kids in the video were celebrating the fact that President Donald Trump would be appearing at the Republican National Convention in 100 days.

When asked what the kids like about President Trump they assert “he fights for our freedom,” and “he keeps us safe.”

“We are keeping America First!” one of the children declares at the end of the video.

While most people who disagree with the politics of small children would just keep scrolling, Meloni could not resist attacking the youngsters.

“So. CUTE! Not since watching Nazi Youth newsreel footage have I felt this way. Heil Trump!” Meloni wrote with a middle finger emoji.

The washed up actor’s Twitter bio says that he is “the guy who recognizes every ‘free thinker’ ‘Patriot’ for what they really are. I play pretend sometimes.”

Meloni’s Twitter account is littered with disdain for the president and his supporters. He has also consistently pushed the debunked Russiagate conspiracy theory and appears to be some what obsessed with Russian President Vladimir Putin.

Well, I really think you shud also give a shout out to Putin and the electoral college https://t.co/qHdJt2N9Ua

“We will NOT allow democrats to destroy the integrity of our elections,” Meloni tweeted at GOP Chairwoman Ronna McDaniel on May 15. “Only Putin, GOP, and Facebook have that right.”

* Only Putin, GOP, and Facebook have that right https://t.co/rztyuAssJS

Nearly every recent tweet and retweet on the actor’s social media account is about the president. He also frequently tweets his support for abortion.

“Republicans love less govt until it’s time to get them into ur family’s personal, painful, difficult decision,” Meloni tweeted on May 13 in response to an anonymous Twitter user writing that “Democrats love science until it’s time to talk about abortion.”

Republicans love less govt until it’s time to get them into ur family’s personal, painful, difficult decision https://t.co/dE6y3mUVNP