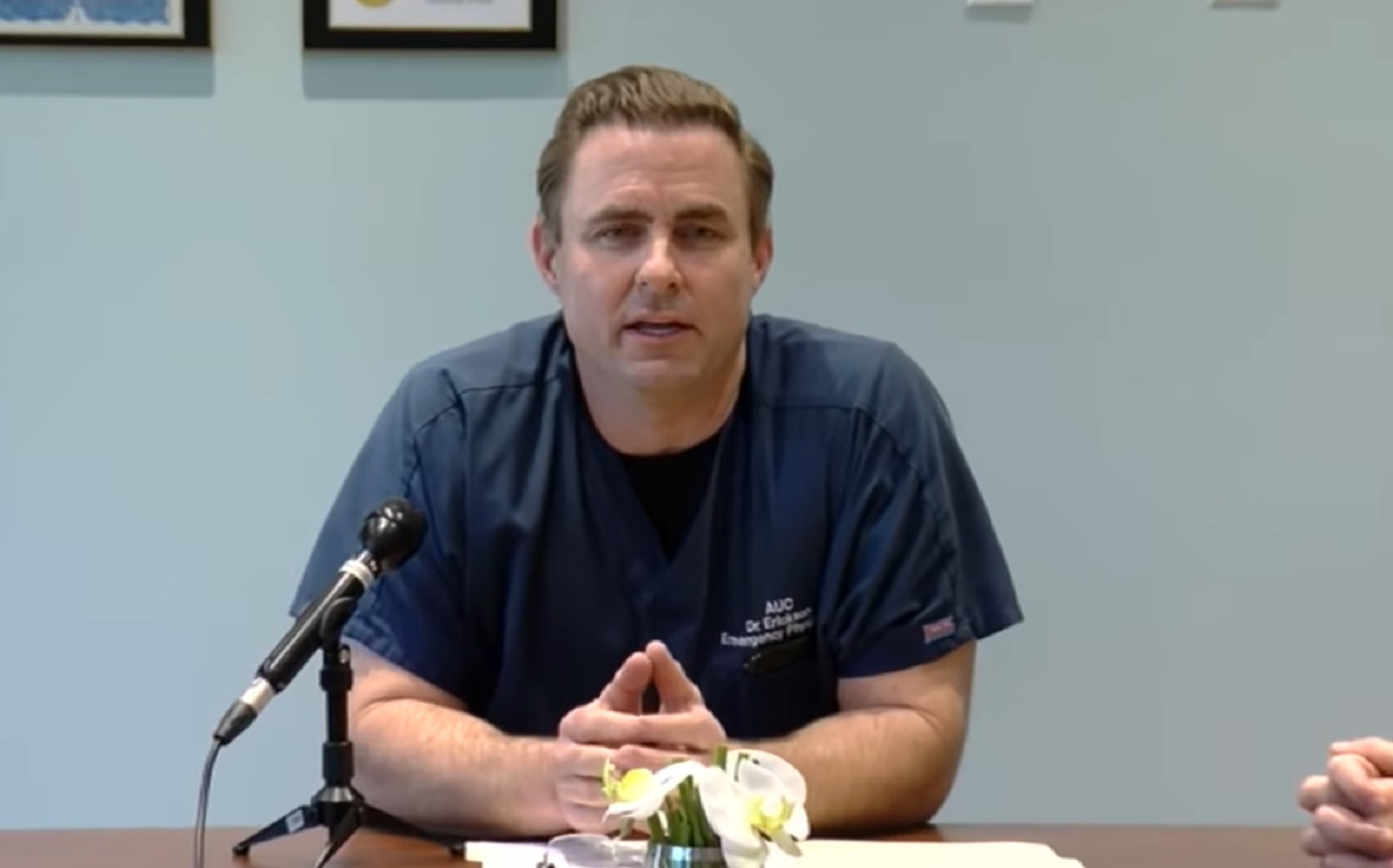 The video had over five million views when it was censored.

Dr. Dan Erickson and Dr. Artin Massihi, co-owners of Accelerated Urgent Care in Bakersfield, California, had published the video discussing the fatality rate of the virus and whether or not such extreme measures are warranted.

The doctor also questioned whether or not the number of deaths were being inflated in cases of comorbidities.

“When someone dies in this country right now, they’re not talking about the high blood pressure, the diabetes, the stroke. They’re saying ‘Did they die from COVID?’” Erickson said. “We’ve been to hundreds of autopsies. You don’t talk about one thing, you talk about comorbidities. ER doctors now [say] ‘It’s interesting when I’m writing about my death report, I’m being pressured to add COVID. Why is that?”

While some may argue that even if someone did die from having a preexisting condition, but would not have died if they had not contracted the virus, the virus is still to blame — discussion of opinions on the matter being censored is more than a bit Orwellian.

On Monday evening, the video was removed for “violating the platform’s terms of service.” The platform has said that they will be removing all content that contradicts the World Health Organization recommendations.

The World Health Organization has previously spread Chinese propaganda claiming that the virus could not be transmitted person-to-person in the early days of the virus and urged people to not bother wearing masks — which are now recommended. It seems the WHO does quite a lot of their own contradictions.

The censored video has been reposted by other users since being removed.

Summit.News points out that Dr. Erickson appeared on Fox News and noted that Sweden did not impose harsh stay-at-home orders and did not have a higher than normal death rate from the virus.