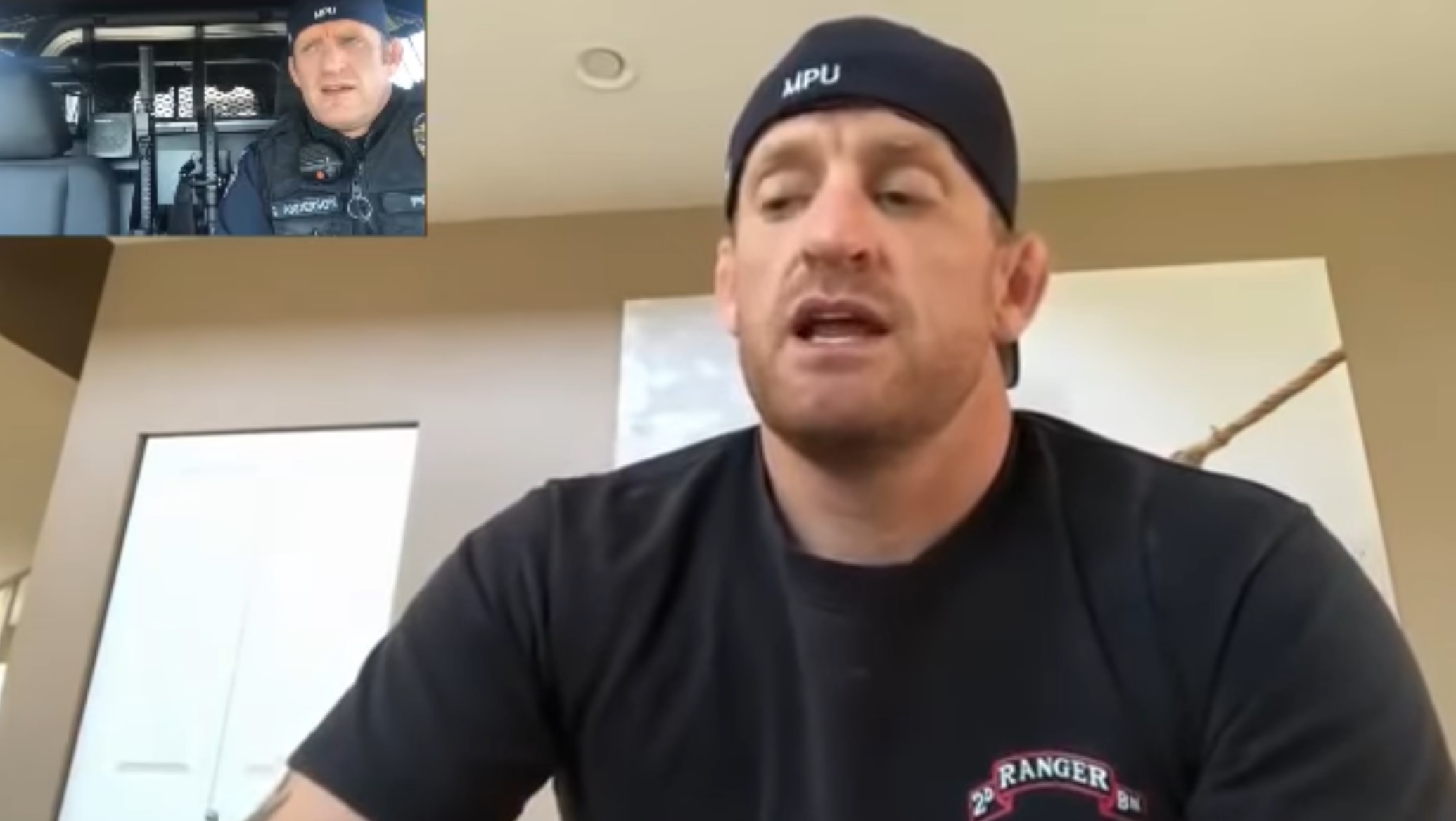 Officer Anderson said that Port Police Chief Rod Covey told him to remove the video, but he refused.

The nine minute long video was taking by Anderson while he was in uniform sitting in his squad car.

“I have seen officers around the country enforcing tyrannical orders against the people; I was hoping it was a minority of officers, but, I am not sure anymore …” began Anderson’s video. “We do not get to violate someone’s Constitutional Rights.”

Anderson pointed out that people are being arrested for things like doing going to the park with their families, doing people’s nails in their own home, going to church, or going surfing.

“That is not how our job works okay, what really has been pissing me off lately is the fact that these officers that are going out here and enforcing these tyrannical orders… what they’re doing is they’re putting my job and my safety at risk because what you’re doing is your widening the gap between public trust and law enforcement officers,” said Anderson.

Anderson continued on to say, “I want to remind you that regardless of where you stand on the coronavirus we don’t have the authority to do those things to people just because a mayor or a governor tells you otherwise I don’t care if it’s your sergeant or your Chief of Police we don’t get to violate people’s constitutional rights because somebody in our chain of command tells us otherwise it’s not how this country works those are de facto arrests you know we’re violating people’s rights.”

Anderson made a second video on Monday explaining that he was contacted by the chief of police saying that if he openly defies the governor he cannot be a police officer.

The officer said that he was honored and humbled by the fact that his video was viewed millions of times and that he would not be removing it because he stands by what he says.

“My whole thought process while making that video was trying to bridge the gap between law enforcement and the public,” Officer Anderson said.

In the video, he continues on to explain that he was given an ultimatum: he needed to take it down or be terminated.

Since he refused, it will ultimately lead to his termination as an officer.

“The officer is currently on paid administrative leave pending an investigation. The Port does not comment on pending personnel matters,” the department said in a statement to KOMO News.

Chief Covey also wrote a Facebook post on Tuesday afternoon addressing the situation and explaining that an officer’s right to free speech has limitations while they are in uniform.

Thank you for looking at our Facebook page. Chances are that right now you are looking to post something in regard to…

Posted by Port of Seattle Police Department on Tuesday, May 12, 2020

“I hired Greg, and he and I have always had a mutually respectful relationship. That respect continues to this day. He is clearly a good police officer and an exceptional American. That said, as a police officer wearing one of our uniforms, his right to speech has limitations on which he has been well-trained and that he has understood since joining the policing profession. Greg has always had the ability to express his opinions on what is going on in the country like all other Americans,” the post read. “However, he is not allowed to do so while on duty, wearing our uniform, wearing our badge and while driving our patrol car.”

A GoFundMe has been created to help Officer Anderson obtain legal representation. It had already raised nearly $350,000 by Wednesday morning.

“I am attempting to raise funds for them as they are going to seek legal representation and to help cover any costs that the unforeseen future brings during this drastic change in their lives. Thank you for your kind words and support,” the author of the fundraiser wrote.
Related Topics:CoronavirusfeaturedPoliceSeattle
Up Next