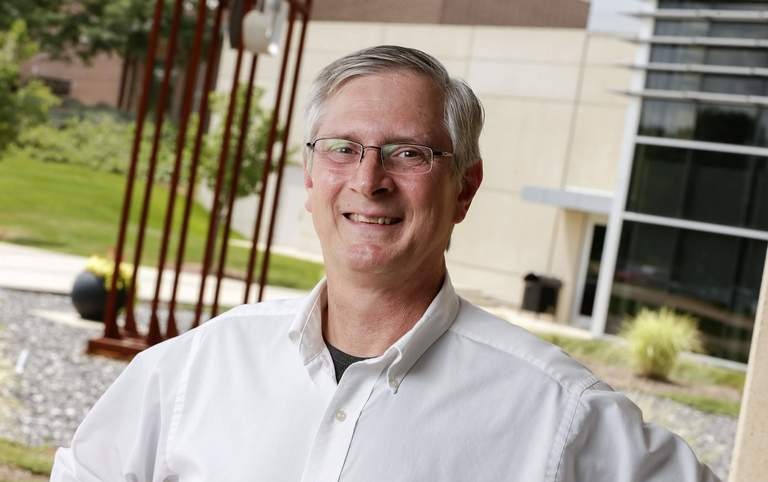 A professor who was fired by Kirkwood Community College after telling a media outlet “I am antifa” has won a $25,000 settlement, roughly the equivalent of what he would have made for teaching three years of classes.

Jeff Klinzman claimed that he was forced to resign in violation of his First Amendment rights.

Klinzman, 62, had gained media attention in August after local station KCRG-TV reported on his extremist social media posts. The news of his claims of Antifa affiliation quickly went viral and people began to lobby for him to be fired from his job.

Campus Reform reports that in a 2012 post, Klinzman wrote on Facebook that “this is what the country will come to if we don’t stop Evangelical Christians,” quoting a poem reading “Kill them all, and bury them deep into the ground, before millions more are tortured to death.”

He added: “It’s not pretty, and I’m not proud, but seeing what Evangelical Christians are doing to this country and its people fills me with rage and a desire to exact revenge.”

When a reporter from the station reached out to Klinzman, he defended his comments and declared: “I affirm that I am antifa.”

As the public demanded his termination, the college decided to cancel his classes for the rest of the year due to “the potential to create an environment that is disruptive to our mission.” They agreed to pay him for the semester anyways, however, which amounted to $3,624 for a 16-week period.

“Our decision to remove Mr. Klinzman from the classroom has nothing to do with the substance of his views or his right to express them. Rather, our decision is based solely on our commitment to fostering a safe learning environment for our students, faculty, and staff,” KCC President Lori Sundberg said in a statement at the time.

Shortly after being removed from the classroom, Klinzman emailed the school and told them he would resign.

“Due to the controversy surrounding reporting about my activism, and in the interest of preserving the safety of the Kirkwood campus, its students, faculty, and staff, I resign my position as a member of the English faculty effective immediately,” the email from Klinzman said, hardly sounding like someone who was being forced out by his boss.

However, Klinzman later claimed that he was forced to quit by being removed from the classroom and filed a lawsuit with representation by the Foundation for Individual Rights in Education (FIRE).

“Public colleges simply cannot fire professors because a small, vocal group of people online get upset. We are grateful that we were able to work with Kirkwood to resolve this matter and secure a good result for Jeff,” said Greg Harold Greubel, staff attorney for FIRE’s Stand Up For Speech Litigation Project said in a statement released by the organization. “Ultimately, this is a victory for Jeff. More broadly, we hope that Jeff’s story will remind colleges that all of their professors have the right to express their political opinions online, and FIRE will be ready to act if colleges violate those expressive rights.”

A spokesperson from Kirkwood Community College told Campus Reform that they believe they handled the situation appropriately, but wanted to avoid costly litigation defending themselves so that they can focus on students.

“The college remains confident in how sensitive issues were managed related to his resignation at the beginning of the 2019-20 academic year. With this matter now settled, Kirkwood avoids potentially lengthy and costly litigation to defend itself and can keep its attention focused on educating students.”

“Kirkwood is pleased to put this matter behind the institution as it moves forward with its continued commitment to creating a learning environment where free speech and academic freedom can thrive,” the college added.