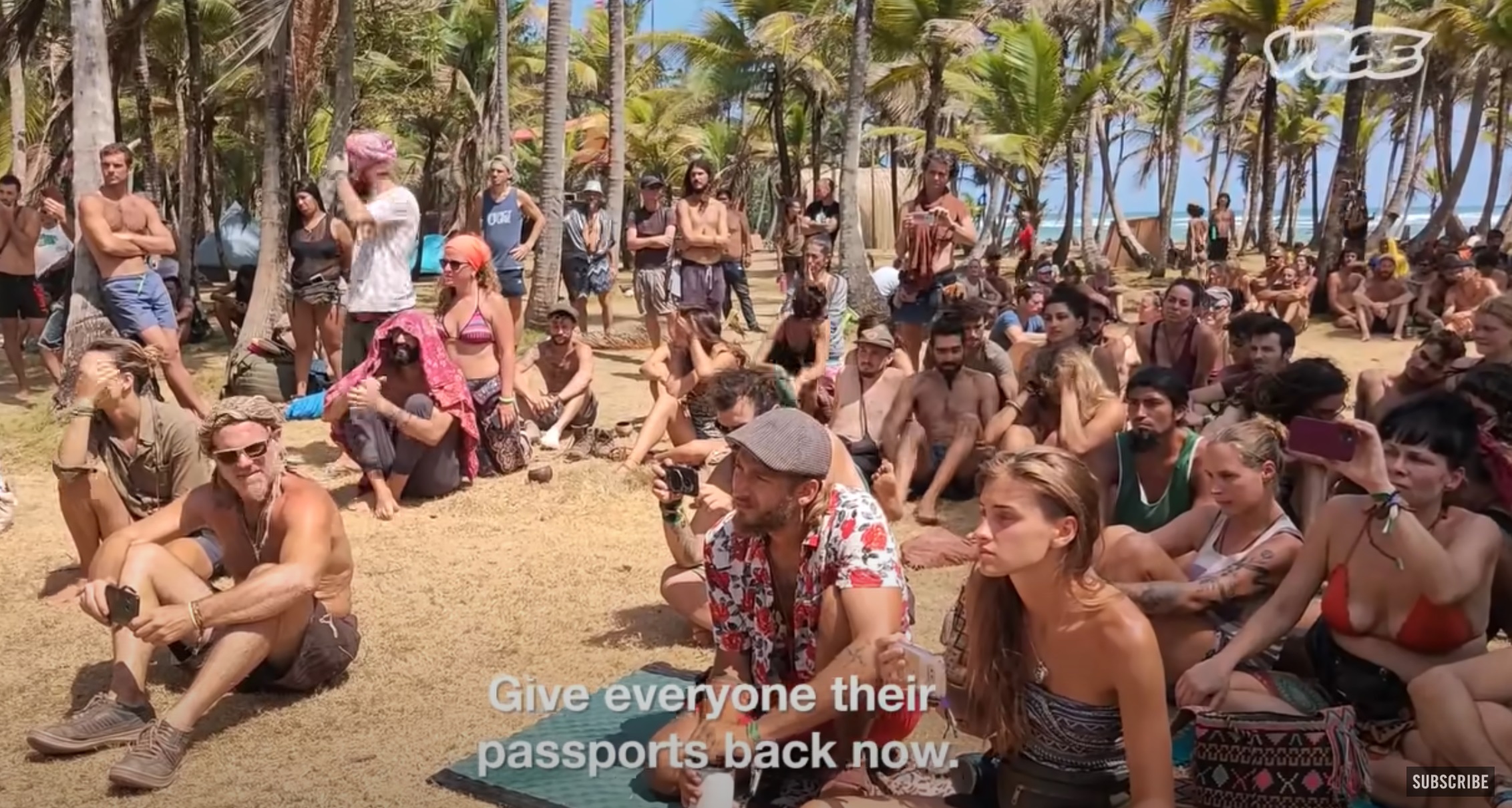 Dozens of hippies have been stuck at a festival in Panama for over a month after being quarantined due to the coronavirus.

The Tribal Gathering Festival was scheduled to end on March 15, but approximately 40 people remain trapped at the site.

The festival, which organizers claimed was meant to be “paradise on Earth” is not so fun now that they can’t leave, according to the remaining hippies.

It began on February 29 and was meant to end on March 15, but on the 12th, the festival was placed under quarantine when Panama announced a national emergency. They were told they would need to remain at the beach camp until March 23, causing many attendees to miss their flights out of the country.

“A suspension on all entry or departure from Panama was implemented at the end of March. As of last week, the ban on international travel in and out of the country was extended by 30 days, meaning Tribal Gathering’s remaining attendees may be trapped on the beach until the end of May,” DJ Mag reports.

While the situation is terrible, of course, it has also become extremely comical. The hippies are now being forced to live in their theoretical utopia — and they aren’t having the amazing time that they imagined.

In a mini-documentary about the festival from Vice News, the attendees whined and complained that they are now stuck in “hell.”

“At first it was like a paradise, but when you are locked in, it’s not paradise any more,” one attendee told the camera crew.

Another man who is stuck at the festival said, “I didn’t really expect to get here and experience the last festival on Earth.”

There have reportedly been bouts of pouring rain as well as major sewage issues at the makeshift campsite.

“I’ve been camping on a beach for 80 days!” Doug Francisco, a circus performer and artist from Bristol, told the Guardian.  He reportedly designed and led the Extinction Rebellion red brigades at last year’s protests in London, and arrived in Panama at the beginning of February. “While the festival was still going on, the police came in and tried to shut it down,” he said.

Vice News hilariously reported that the festival was “designed to be a temporary paradise where people from western cities could learn from indigenous communities about how to rebalance society and live in symbiosis with the earth — but the earth doesn’t always play ball.”

Most of the indigenous performers left the camp halfway through the festival.

“There was concerns about can we get food, can we get cleaning products, can we get tobacco,” another attendee told the documentary crew.

The organizers told the stranded attendees that there is food available, but they have to purchase it. If they are poor and unable to pay, they can work for their meals.

“Don’t try to steal our food, I’ll get really upset with you,” an organizer is seen telling the crowd in the documentary. “And remember where you are, you’re in my f*cking manor,” he continues.

By the end of February when attendees arrived there was already clear warnings against unnecessary travel.

The Panama Army and other authorities have also made visits to the campsite to check people for the virus.

Some people have been able to leave, but flights out of the nation have been scarce since international flights are shut down.