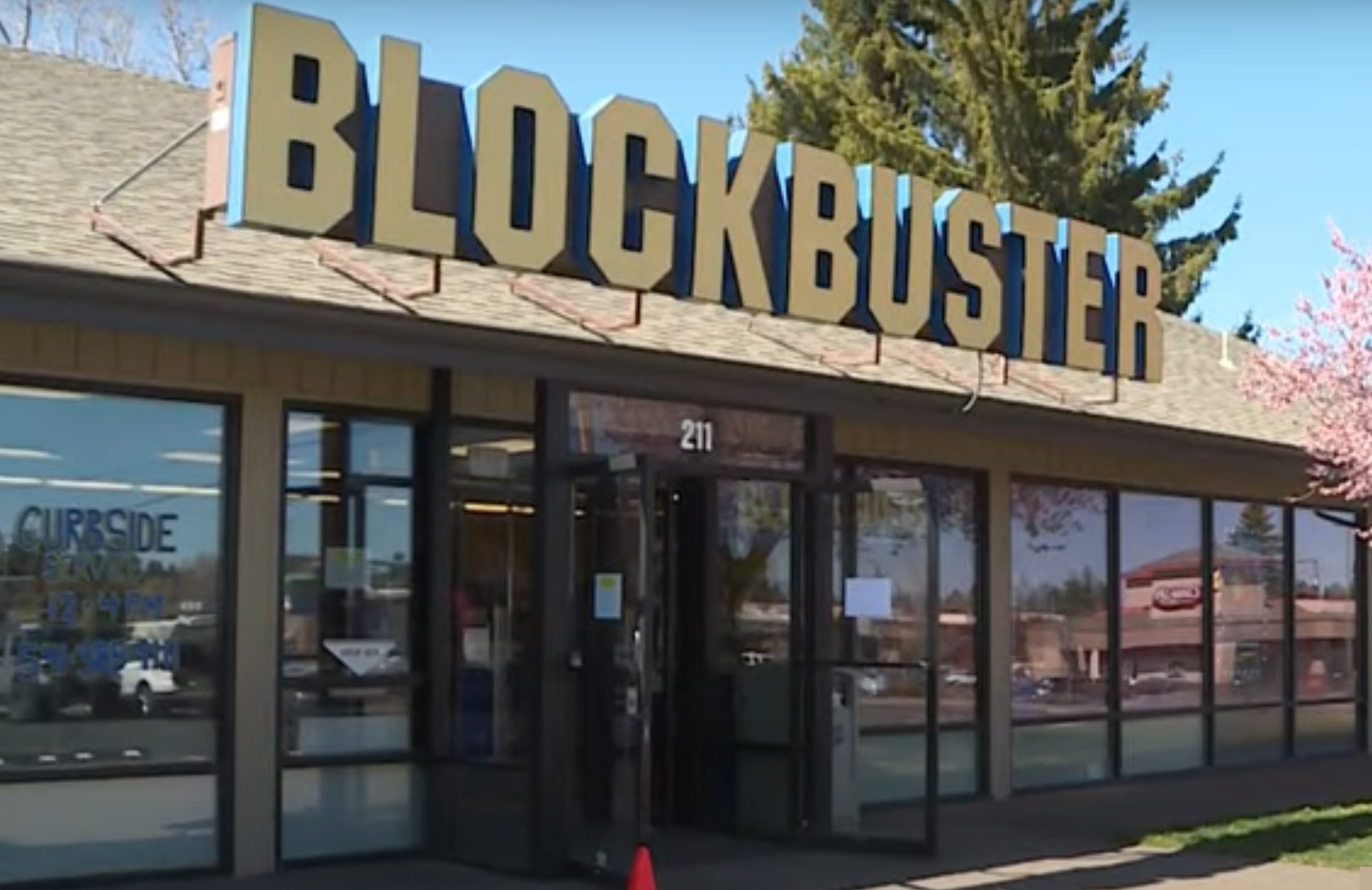 The last Blockbuster movie rental shop in the world was deemed an essential business and has remained open during the coronavirus pandemic that has shut down much of the nation.

Though most people now use streaming services for all their movie needs, Blockbuster, located in Oregon, is still keeping busy as most people are home from work and school.

“We’ve faced many challenges over the year and we’ve managed to muddle through and we will this one too,” general manager Sandi Harding told  Inside Edition.

To keep people safe as they browse the DVDs, all aisles are now one way flows so that people keep their distance. They are also offering curb-side-pickup and disinfecting each dvd, both when it leaves the store and when it returns.

“Everyone is wearing gloves,” Harding added. “We have masks now for the employees that we had to wait for that we just got in this week. We have one way in, one way out. Max of 10 people in the store.”

Blockbuster went bankrupt in 2010 as people turned to services such as OnDemand, Netflix, Amazon, and YouTube for their content. Comicbook.com reports that at the time, Dish Network purchased the company’s assets to try and turn them into a mail-order competitor to Netflix, but the plan fizzled out. All of the corporate-owned stores across the nation were gone by 2014.

Last year, the franchise in Perth, Australia finally closed down as well, leaving the Bend storefront as the only remaining Blockbuster anywhere.

In the company’s prime, there was 9,000 Blockbuster stores worldwide.

The sole survivor now enjoys a loyal and dedicated customer base who are thrilled to see that they are not shutting down. They have been a rental shop since 1992 and became a Blockbuster franchise in 2000 — making this year their 20th anniversary with the nostalgic brand.

While DVD rentals may seem like a thing of the past to many, Harding explained to local station KTVC that there are still plenty of people who don’t have access to the internet or fast streaming and they are helping to keep them entertained during these difficult times.

“There’s still a lot of people in the community that don’t have streaming, that don’t have the ability to have cable and whatnot,” Harding told KTVC, explaining why they have remained open during the pandemic. “Especially now with people being laid off.”

Last Festival on Earth: Dozens of Hippies Are Stuck at a Festival in Panama Due to Coronavirus (VIDEO)