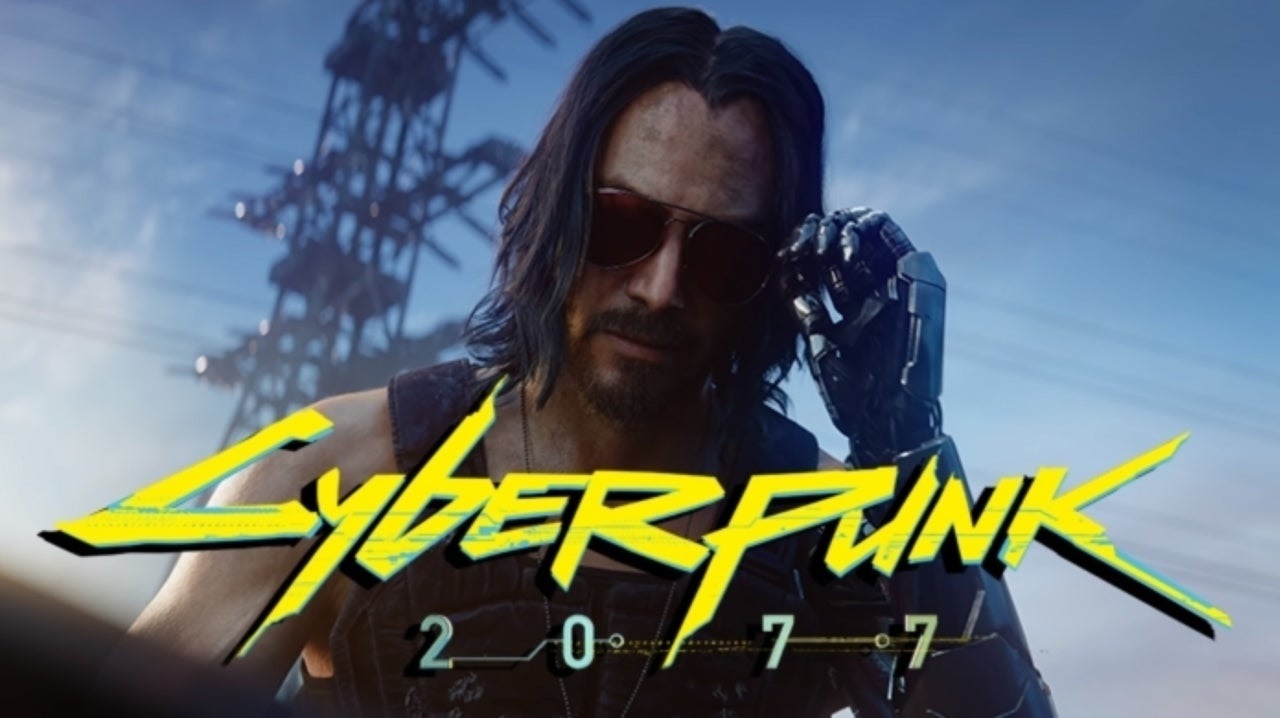 Cyberpunk 2077’s developer responded to Brazil’s advisory rating system leaking that the game will be rated 18+ by saying “we don’t f-ck around.”

The rating leak for CD Projekt’s highly anticipated upcoming RPG was quickly removed, but not before plenty of people took screenshots and began doing translations. 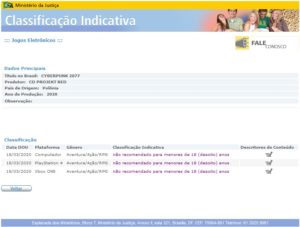 The list of reasons for the adult rating was comprehensive and included mutilation, intense sexual relations, suicide, cruelty, exposure to corpses, drug use, sex, sexual exploitation, and prostitution.

While CD Projekt has not yet commented on the leak or the legitimacy of the rating, lead quest designer Pawel Sasko responded to it on Twitter.

“You surprised?” he asked with a smug half-smiling emoji. “We don’t f-ck around.”

A CDPR developer also confirmed on Twitter that the vast majority of video game rating boards have received their copies, played the game and rated it already.

The studio announced last year that the game will feature first person motion captured sex scenes. The entire game, including cut scenes, will only be playable in first person as the studio says that they did not want to break immersion.

While the game will not be as long as their massively popular Witcher 3, the studio says that it will have far more replayability.

“The studio also said that Cyberpunk’s sidequests will be more branching and intertwined than they were in The Witcher 3, and that choices players make will have a much greater impact on plot progression and outcomes—which is presumably where the increased replayability comes from,” PC Gamer reported last year.

The studio announced this week that they will be bringing the game to the IGN Summer of Gaming event in June, where fans can surely expect at least a gameplay demo.

“Preparations for IGN’s Summer of Gaming are continuing apace, but we thought we’d take a quick break from all the planning to let you know an exciting addition to the line-up – CD Projekt Red will be bringing Cyberpunk 2077 to the show in June,” the official announcement said. 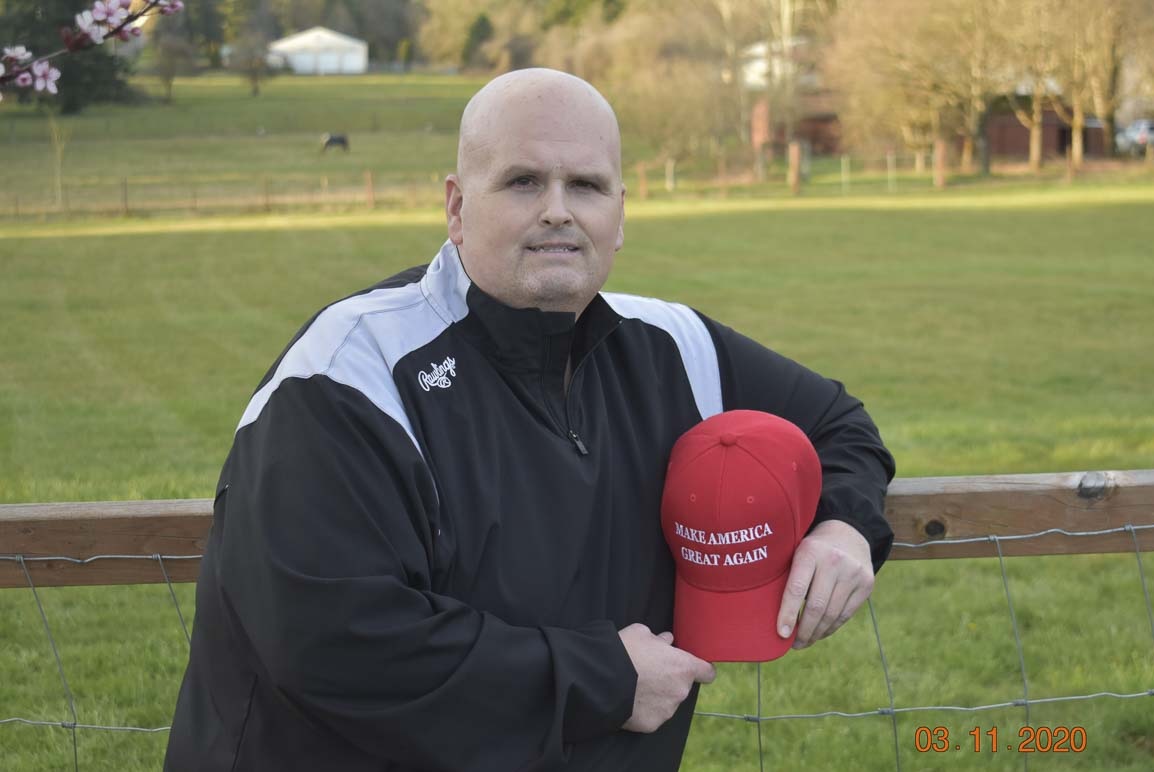 A public school teacher is suing his Washington school district claiming that he was berated by the principal for wearing a “Make America Great Again” hat — violating his constitutional right to freedom of speech.

The teacher, Eric Dodge, worked in the district for 17 years until a recent leave because he had a stroke.

When Dodge was returning to teach science during the 2019-2020 school year at Wy’east Middle School, he says that he faced severe harassment and bias from principal Caroline Garrett, district human resources manager Janae Gomes, and his coworkers due to his political beliefs.

According to the complaint, Dodge suffered “emotional devastation” and a “recurrence of debilitating stroke symptoms” after being “verbally attacked and defamed by his new principal for the political opinions he held as a private citizen — specifically, statements in support of President Trump.”

The recurrence of his stroke symptoms left him unable to return to work.

“As a public employer, the school district must respect its employees’ constitutional rights, and it must create a safe and non-partisan environment that is open to everyone,’’ read a statement released Wednesday by Michael Estok, an attorney representing Dodge. “Relatedly, as the Supreme Court of the United States has recognized, public employees ‘do not renounce their citizenship when they accept employment’ with a public entity; rather, they continue to enjoy the same rights — including under the First Amendment — that form the bedrock of civil society.”

“Here, even though Mr. Dodge was a respected and long-standing teacher in Evergreen’s schools, upon just beginning his new assignment at Wy’east Middle School, he was ridiculed and attacked — and was even threatened with disciplinary action — by his new principal simply because he had previously expressed support for President Trump,’’ Estok’s release continued.

Prior to the beginning of the new academic year, Dodge had attended two days of staff training sessions at the school. The first day was a training on “racial equity” and “implicit bias.” He says that he had the hat with him, as some of the training was outside, but did not wear it in the school building.

A district investigation found that he did nothing wrong by having the hat with him.

Still, other teachers were infuriated that someone would dare to support the president of this nation on a school campus.

“On Aug. 22, Dodge arrived for racial equity training at the school, and had put on the “Make America Great Again” hat on his way into the building. In his lawsuit, Dodge said he had previously purchased the hat as a “conversation-starter, with the idea of explaining that ordinary and normal people support Trump, despite some of Trump’s flaws,” and to protect his head from sun damage. Dodge said he removed the hat once he entered the building,” the Columbian reports.

Several of the teachers complained to the training seminar instructor and administrators about the hat. A teacher named Amy Matsumoto, told investigators she was “shocked” that he would wear the hat to that seminar specifically and said that their Latino and Mexican students may be “uncomfortable” if he were to wear the hat to class.

After the training ended, Principal Garrett confronted him about “the impact he was having on the learning environment of his colleagues,” some of whom felt “worried, upset, threatened and intimidated,” according to the investigation.

She claims that she told him to “use good judgement” and that the confrontation ended there.

The next day, Dodge left his hat in his car, but went and got it for an outdoor training to protect his head from the sun. The principal then received a text from a “concerned” teacher and decided to approach him about it once again.

Garrett claimed that she simply explained that his coworkers were concerned, Dodge recalled the incident drastically differently.

According to the Columbian report, the lawsuit alleges that Garrett became “aggressive and hostile,” demanding to know “what is the f—ing deal with you and your hat?” Dodge also claims Garrett berated him, calling him a “racist,” “bigot,” “homophobe,” “liar” and “hateful person.”

Dodge filed a complaint with human resources, but claims that they too were biased and unfair with him. He claims that the district tried to get him to withdraw his complaint, but he refused.

Eventually it escalated to a private meeting of the school board and ten days later Garrett resigned after ten years on the job. She received all her accrued vacation and sick leave and a severance equal to her salary from April 2 through June — roughly $150,170.

Estok’s statement said that “this attack was particularly devastating because Mr. Dodge had just returned to working after an absence to rehabilitate from a stroke. The hostile environment created by the principal caused his previously-resolved stroke symptoms to immediately return. These symptoms — including a verbal stutter and a loss in coordination — have now made Mr. Dodge unable to teach or continue his livelihood. Even worse, when Mr. Dodge filed an internal complaint, the principal — who had a well-established practice of pushing her own political ideology at the school and creating a double standard with her staff based on their political beliefs — worked in concert with the district’s HR director to minimize and distort what had happened, in an effort to protect the principal’s position and to further harm Mr. Dodge.’’

Dodge was initially placed on administrative leave by the district, but later transferred to an unpaid leave of absence. He has already used all of his sick leave earlier in the year.