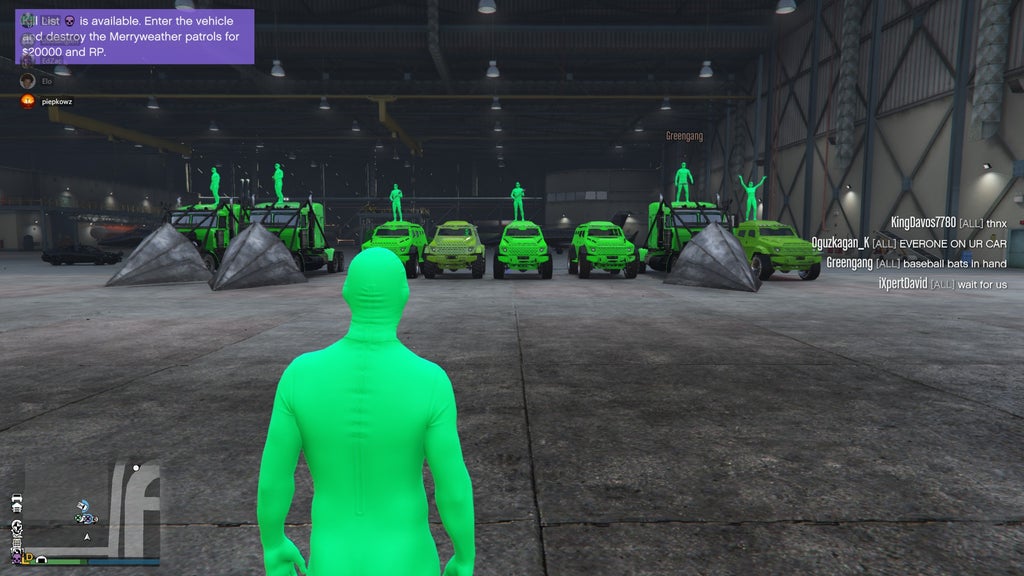 Aliens have invaded Grand Theft Auto online and now players are having to take sides in a turf war between green and purple roving mobs of mischievous extraterrestrials.

The main alien gangs are sporting green, purple, red, or white suits — but the biggest rivalry in Los Santos is between the green and the purple.

there’s this account on Tiktok that shows a gang war between Green Alien skins and Purple Alien Skins in GTA V Online and it’s the funniest fucking thing in the world pic.twitter.com/bse4umDYzs

The turmoil began when a group of players started dressing up in green suits and committing bizarre crimes, beating people with baseball bats and attempting to abduct other players. Instead of suiting up in military gear, the players seeking to take out the bizarre posse decided to form their own alien gangs.

Now, there is a full on battle raging and people are suiting up to join.

The purple side doesn’t attack random players as often, but is hellbent on taking out the green. They have even gained a bit of a reputation for helping to protect casual players — but don’t count on it, because they are still aliens after all, and just might kill you for fun. 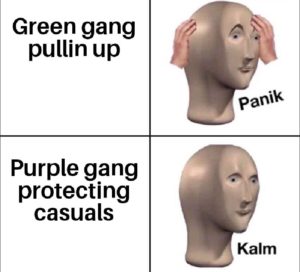 The green team is sillier, more erratic, and will cause trouble for just about anyone they encounter.

It gets more complicated, however, as both the green and purple teams hate the red aliens. They have been known to put their differences aside on occasion to kill some reds. 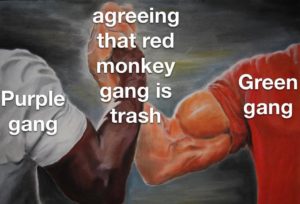 Kotaku reports that “some players have decided to rid GTA Online of all neon aliens, regardless of color, and are dressing up as FIB agents. (In GTA V and GTA Online, the FIB is the in-game parody of the FBI.)”

While there have been other odd trends that have taken off in GTA Online, none have gained this much traction with such speed.

Lmao this green vs purple alien war in GTA is wilddd .. I’m here dying they just caught me slippen pic.twitter.com/cFBFdIrulY

Reactions by casual players to the cosmic violence have been mixed, but almost as entertaining as the action itself.

Green alien niggas soon as you step out the store in GTA: pic.twitter.com/5fxDKig2m9

Rumors that a new Grand Theft Auto 6 is coming in May have been swirling, but reports indicate that it is still early in development. It is expected to be smaller than many of Rockstar’s latest games at launch, but will have frequent updates with new content.