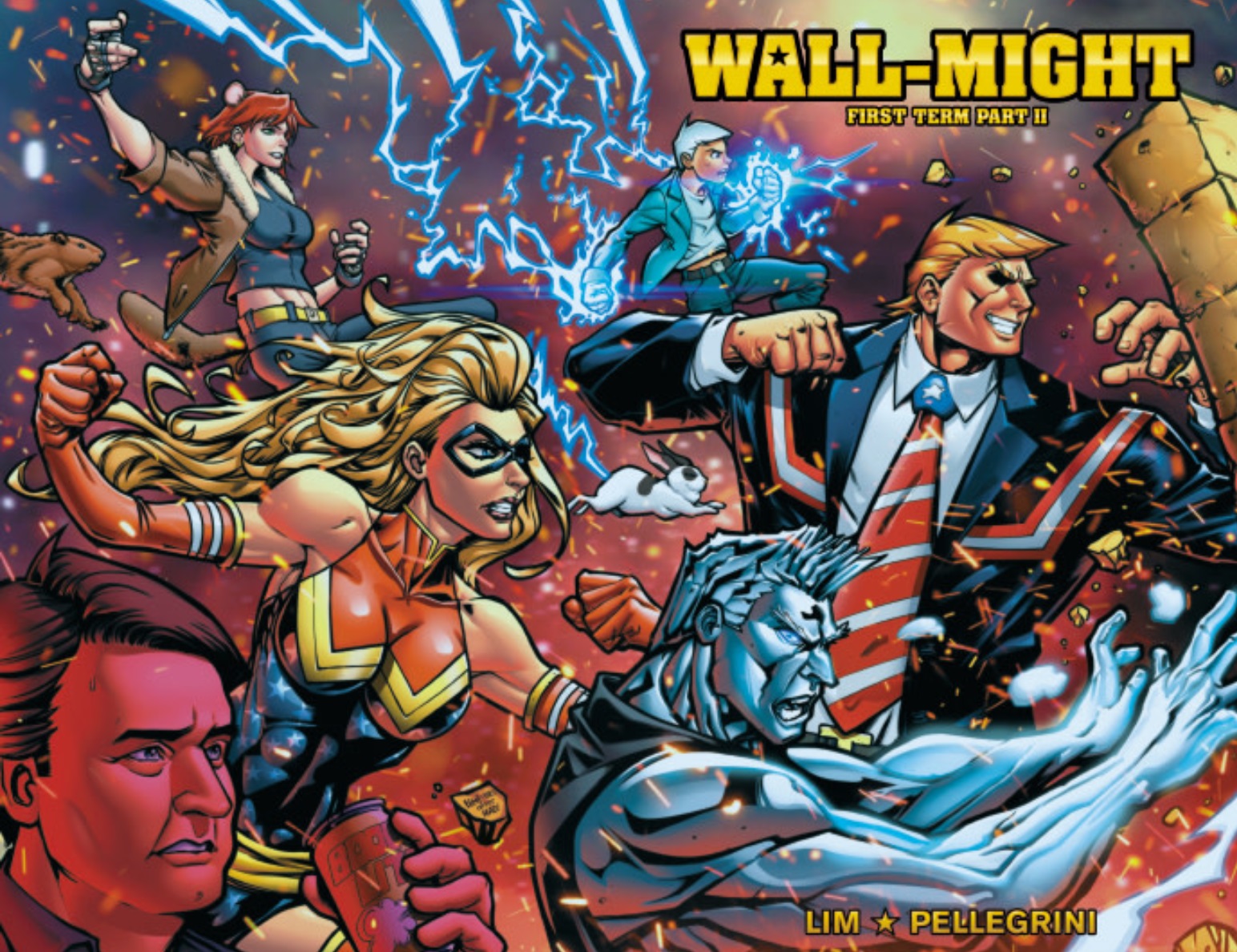 Timothy Lim and Mark Pellegrini have been redefining pop culture.

For decades, we’ve been told culture is the domain of the left, that there are no conservative voices writing or doing art. It’s created an environment where the mere act of saying you voted for Trump will get you blacklisted from publishing houses, comic companies, or film studios.

Lim and Pellegrini decided it was worth the risk to their careers, to receive the harassment that comes with even a modicum of fame on the internet for being associated with right-leaning politics.

They began with the parody children’s book, Thump: The First Bundred Days, a story about a fictitious bunny president named Thump who took the nation by storm. Lim and Pellegrini filled the book with poignant references to the 2016 election with hilarious imagery to accompany it. Released in 2017, the book provided a timely humorous narrative which made light of a tense cultural climate. It marked the first major pop culture featuring a pro-Trump narrative. 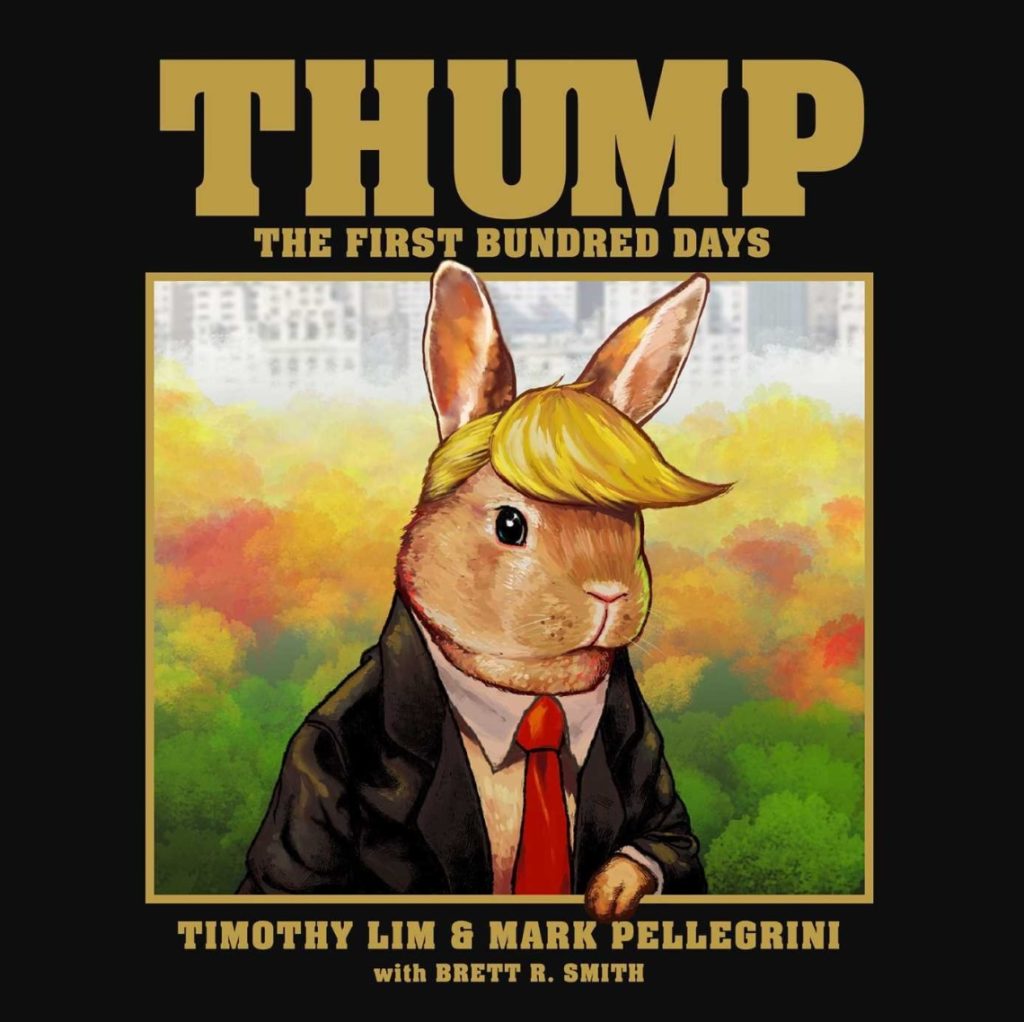 The book was a hit, selling thousands of copies and garnering attention from major conservative media figures like Jack Posobiec of OANN Network. Lim and Pellegrini followed by releasing Thump plush toys to accompany the book.

With the children’s book market firmly in hand, they turned their attention to comics.

They created a parody of the hit anime show My Hero Academia, titled My Hero MAGAdemia. featuring cartoon caricatures of President Trump and Mike Pence as protagonists. The book was on the nose with the character, poking fun at the culture wars as well as anime. It had a lot of great tropes one might expect from zombie swamp creatures to a big anime-style robot titled Hiraree (say it out loud) as the villain. 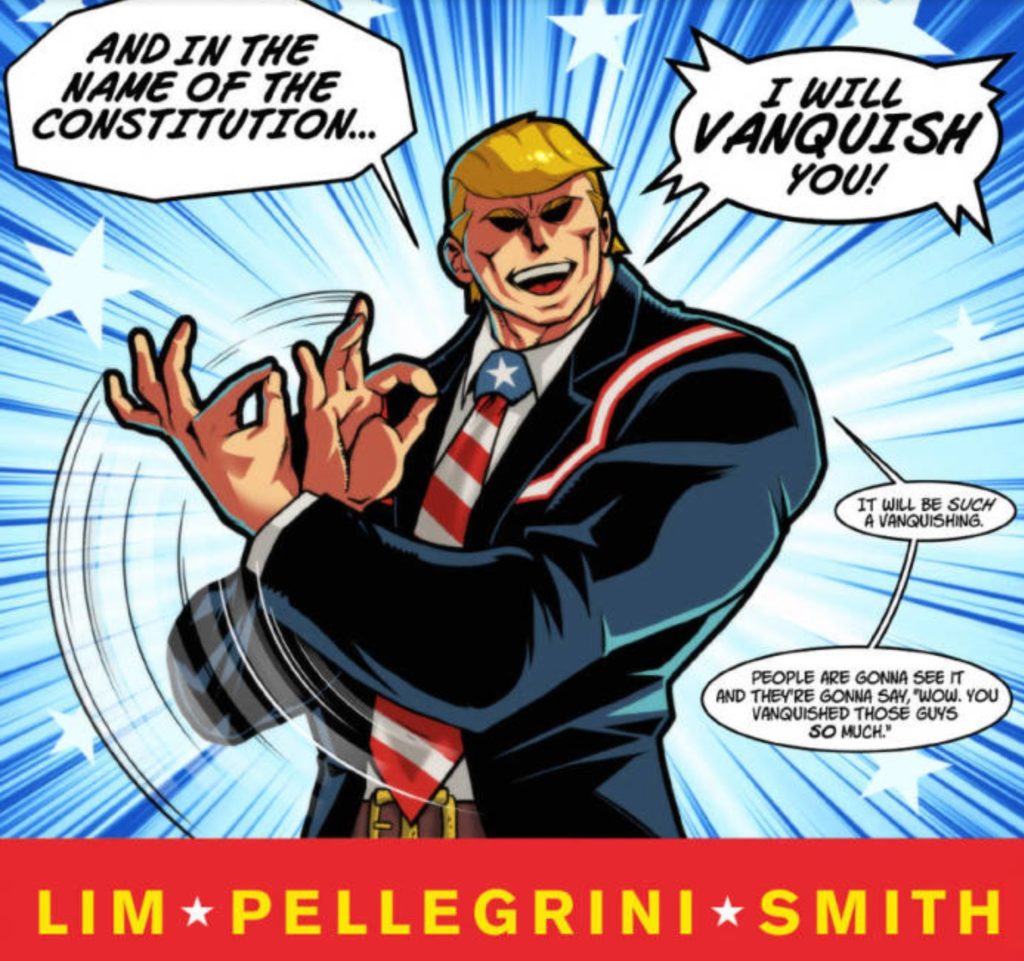 My Hero MAGAdemia was a huge success, going to seven printings for publisher Antarctic, becoming one of their best sellers of all time.

Lim and Pellegrini refined their craft further by working with the legend, Chuck Dixon, one of comics most prolific and celebrated writers, teaming up with him to create Trump’s Space Force, a comic about a future space force, featuring the likenesses of many of the internet’s favorite conservative commentators drawn in as recruits in an epic adventure to stop invading aliens.

The Trump’s Space Force crowdfund made over $72,000, showing there’s a YUGE market for pro-Trump pop culture, of which Lim and Pellegrini have the market almost completely dominated.

This year, they returned to the world of their My Hero MAGAdemia with their comic, Wall Might, featuring the title character, the superhero-ized President Trump. They ran a crowdfund with a very limited edition printing of just 641 copies, which sold out before the campaign ended. The book will be going to print in comic shops through Antarctic Press in the coming months. 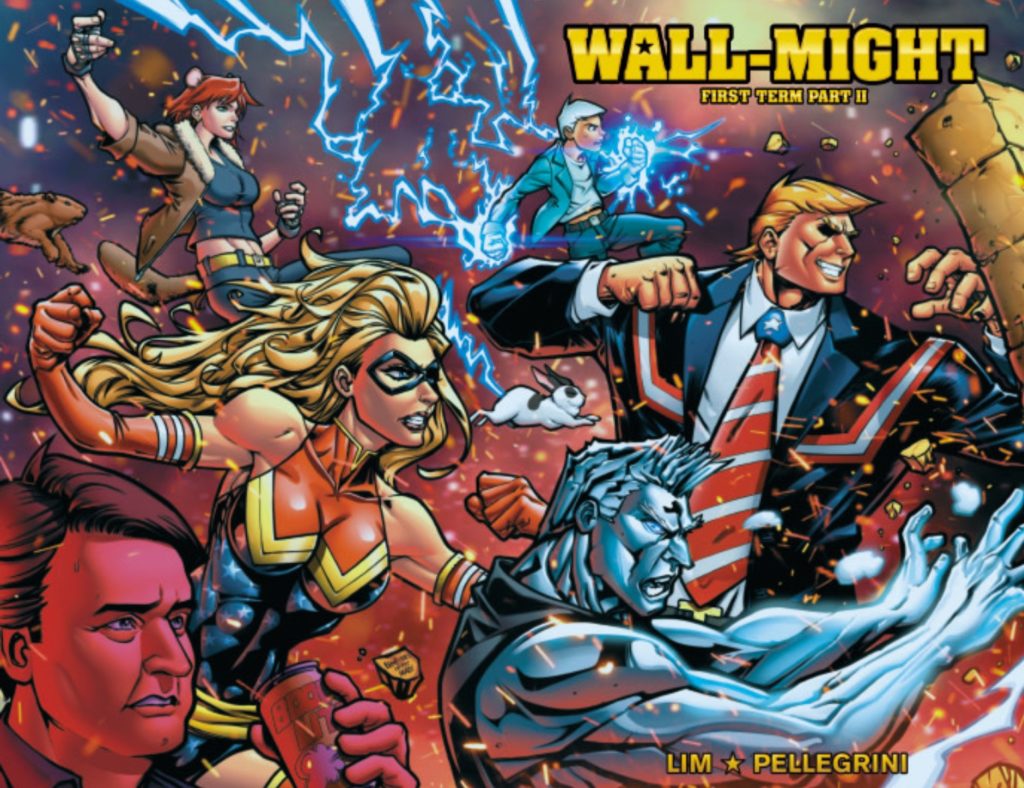 This time, Pellegrini and Lim took shots at Marvel Comics, poking fun at several of the politically-driven controversies the Disney-owned company has embroiled itself in over the last year and a half.

Marvel has been under fire for replacing their beloved heroes like Thor and Iron Man with female counterparts, in an effort to force “diversity” on readers who just want to read the classic characters in monthly books.. They’ve turned members of the X-Men gay, made Captain America into a Nazi, and worse over the span of the last few years. Wall Might tactfully reprimands Marvel’s major controversies in order to make poignant jokes about the current state of outrage culture.

They also make reference to the recent film, Captain Marvel, a film which has been the subject of a lot of fan scrutiny for its heavy feminist messaging, and lead actress Brie Larson’s extreme political antics used in promotion of the series. For comic fans who have been paying attention to Disney’s push into the culture war, this book will be an absolute riot. 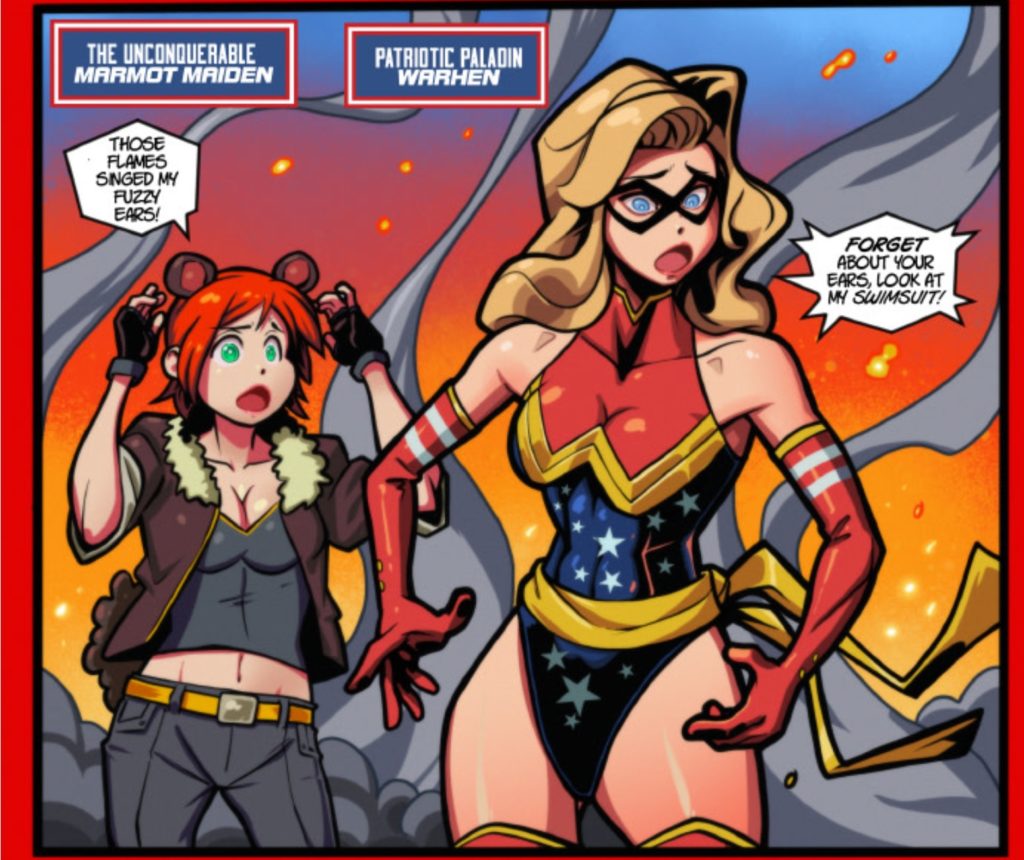 Even non-comic fans should be able to enjoy the political angles of the book, with a superhero Brett Kavanagh who rages into a Hulk-like hero as he proclaims his battlecry, “I LIKE BEER!” Jokes like this are in almost every single panel, barely leaving a reader a moment to catch their breath from all the laughter.

It’s a lot of fun, and the art is beautiful. Lim provides vivid lines with vibrant colors that make Wall Might pop. Having read all of their work to date, this book is by far Pellegrini and Lim’s best outing to date.

Right now, My Hero MAGAdemia is available through Comixology digitally to read, with the print version being sold out. Wall Might will be appearing in comic shops later this year.

Jon Del Arroz is the leading Hispanic voice in science fiction, a #1 Amazon bestseller and award-winning author of the reader-acclaimed steampunk series, The Adventures of Baron von Monocle. He has written cultural commentary journalism for The Federalist and Milo Yiannopoulos’ Dangerous.com. He can be found on twitter @jondelarroz or YouTube.