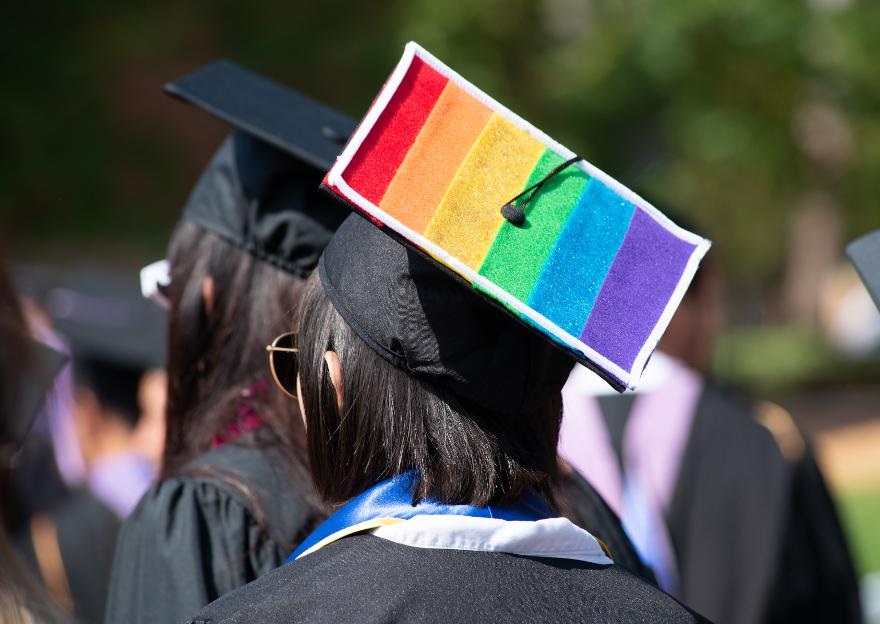 St. Olaf College in Northfield, Minnesota, has cancelled their graduation ceremonies for the general class this year, but separate online ceremonies for LGBT, minority and international students will still take place.

The college sent an email to the student body announcing that “self-identified domestic students of color, international students and LGBTQIA+ students” will have online graduation ceremonies in May.

The college has made no arrangements for straight white students, who will now have to wait and have ceremonies “rescheduled for a date in late May/early June of 2021.”

Campus Reform reports that three virtual graduation ceremonies for students in minority groups were announced by and will be hosted through the Taylor Center for Equity and Inclusion.

“This event acknowledges the value and uniqueness of students’ experience and serves to commemorate and highlight the accomplishments of individuals within their familial and cultural context,” reads the email sent to students.

Graduation canceled except for minority students?: “I can’t think of anything more insulting and more offensive to the rest of the student body,” @eduneret tells @ShaunKraisman

"It's astounding, it's impossible to believe that it's true but it is." https://t.co/VlT7z8drtO pic.twitter.com/4m5Plsol1A

St. Olaf College previously made headlines when a racist note that was later revealed to be a hoax prompted massive protests on campus.

Samantha Wells, a sociology and anthropology major at the time, claimed that she found a typewritten note on her car windshield that read, “I am so glad that you are leaving soon. One less [n-word] that this school has to deal with. You have spoken up too much. You will change nothing. Shut up or I will shut you up.”

Wells posted the note on Facebook, where naturally, it went viral.

After an investigation by the college, Wells admitted that she wrote the note herself.

St. Olaf President David Anderson wrote in an email to students at the time that “this was not a genuine threat. We’re confident that there is no ongoing threat from this incident to individuals or the community as a whole.” He followed up that “the reason I said in my earlier note that this was not a genuine threat is that we learned from the author’s confession that the note was fabricated. It was apparently a strategy to draw attention to concerns about the campus’ racial climate.”