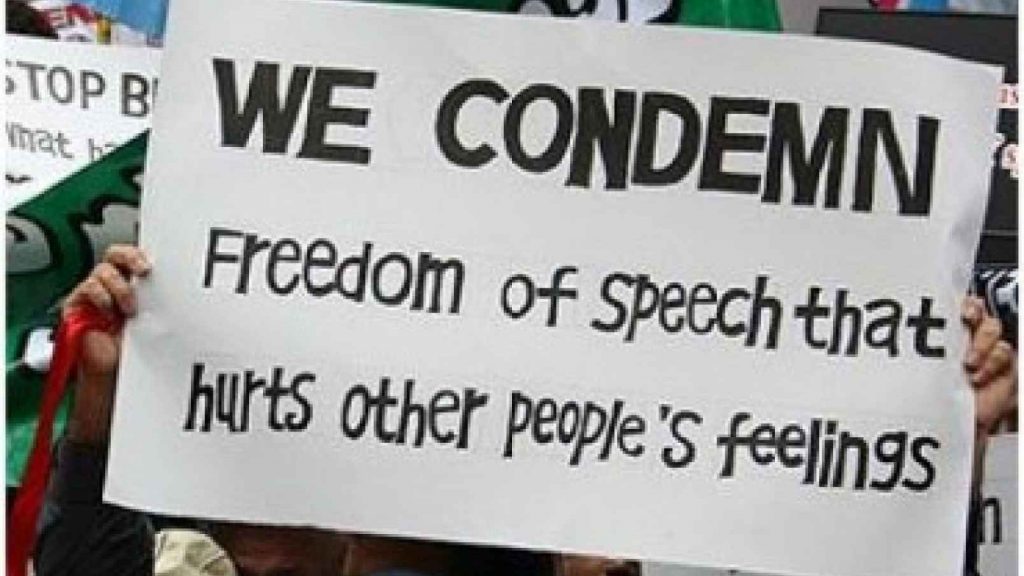 A shocking new poll has found that 78 percent of college students want to limit free speech on their campuses.

According to a newly released poll conducted by Gallup and the Knight Foundation, 78 percent of students want “threatening actions, ideas, or conversations” banned at colleges. Yet, 97 percent of students also claim that they believe free speech to be an essential pillar of American democracy.

The more than 80 percent of the clearly-confused students also favor the idea of “safe spaces” and “free-speech zones” on campuses. A growing majority also wants to ban “offensive” Halloween costumes.

The “First Amendment on Campus 2020 Report: College Students’ Views of Free Expression,” study found that “81% of students say they want a campus environment where students are exposed to all types of speech, even if they may find it offensive or biased, rather than being protected from it. At the same time, 78% are in favor of designated ‘safe spaces’ on campus designed to be free of threatening actions, ideas or conversations. Growing majorities of college students believe colleges should be able to restrict the use of racial slurs (78%, up from 69% in 2016) and costumes that stereotype certain racial or ethnic groups (71%, up from 63% in 2016).”

Evette Alexander, director of learning and impact at the Knight Foundation, noted that students feel more pressure from their peers than their professors about sharing dissenting views.

“We understand that [pressure] mostly comes from peers,” Alexander said. “The professors would be open to hearing different thoughts, but the people who feel uncomfortable usually have a point of view that doesn’t align with the most vocal students in the room. And so they feel like by speaking up, they would expose themselves to retaliation.”

There were also strong racial and gender divides on whether or not “students feel that the First Amendment protects them.”

“Nearly nine in 10 college students agree that the First Amendment protects people like themselves, including 44% who strongly agree. White students were more than twice as likely as black students to strongly agree, at 53% versus 25%, respectively. A majority of men (55%) strongly agreed, versus 39% of women,” the pollsters report.

Students, the majority of whom ironically voiced their support for squelching free speech during this survey, also said that they see free speech as increasingly less secure since 2016, and rank it as the least secure of all First Amendment freedoms in 2019.

“Fifty-nine percent of college students believe free speech rights are secure, down from 73% in 2016 and 64% in 2017. While 81% said free press rights were secure in 2016, that number has dropped significantly since,” the report says.

The pollsters concluded that “there are clear racial and gender differences when it comes to an appetite for speech protection, underpinned by differences in these groups’ experiences of speech on campus and in underlying perceptions that the First Amendment ultimately serves to protect people like them.”

The poll was conducted through online surveys with a nationally representative sample of more than 3,000 U.S. full-time undergraduate college students, including an oversample of students at historically black colleges and universities (HBCUs).