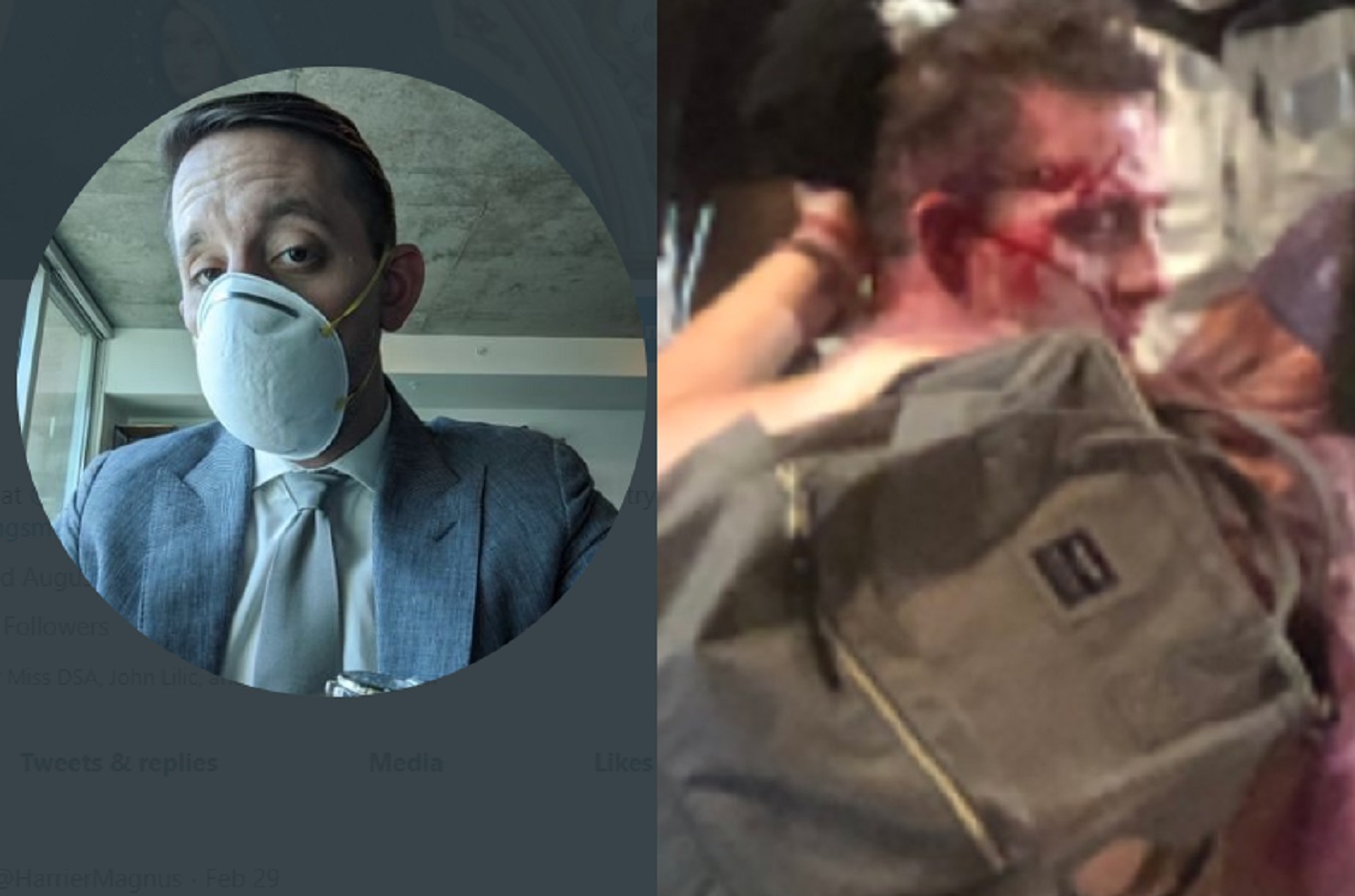 The victim of a heinous gang of rioters who brutally mangled his body while stoning him and beating him with a skateboard is speaking out.

The rioters continued to beat and rob him after he became unresponsive in a viral video that shocked the nation.

It turns out that his name is Charles Shoultz, a Catholic writer from Dallas.

Full unedited video for editorial requests. Please attribute to Elijah Schaffer of Blaze TV. I cannot confirm he was the store owner, but I pulled out my camera when I saw him appearing to defend a store, then he was rushed, then made the move that might have cost him his life pic.twitter.com/8oGa2obBbp

He tweeted about the incident on Sunday morning.

“So, hey, funny story. The guy in this video getting his ass kicked? That’s me,” Shoultz tweeted. “I had a bit of an adventure this evening trying to protect a bar I love, one that ended with me in the hospital. But I am quite alive, if a bit worse for wear.”

And now, if you'll excuse me, I am dead tired. I was tired before all these people whipped my ass. I'm going to bed. I will explain significantly more when I wake up.

He added, “and now, if you’ll excuse me, I am dead tired. I was tired before all these people whipped my ass. I’m going to bed. I will explain significantly more when I wake up.”

When asked why he didn’t bring a gun instead of a sword, he wrote “well, I don’t have a gun in my apartment.”

He added, “and I didn’t expect them to rush me more than a dozen at once, or start throwing rocks at me first. I did not think adequately about all this, in hindsight.”

Well I don't have a gun in my apartment.

And I didn't expect them to rush me more than a dozen at once, or start throwing rocks at me first.

I did not think adequately about all this, in hindsight.

Shoultz said that he has all his teeth, at least.

In new videos of the incident, the mob can be seen throwing rocks at him as he walked down the street. He is then seen charging at one of the rioters before they mob and brutalize him.

“It appears he attempted to defend a shop with a large sword Looters ran at him, then he charged rioters. They then beat him with a skateboard and stoned him with medium sized rocks. I called an Ambulance and it’s on the way,” Schaffer tweeted at the time.

Schaffer added that, “some people were concerned, others laughed at him — and many more continued to loot high end stores around him while he bled out [from] the assault.”

Maybe I'm missing something, but every time I see a photo of Antifa people they all look extraordinarily white. Given the present circumstances , that seems… bad.

Prior to the attack, Shoultz had tweeted about his barbershop being destroyed and his concern for a book shop in Deep Ellum that he hoped had not been damaged.

“Welp, my barbershop in Dallas got destroyed last night,” he tweeted. “Any Catholic Twitter Dallasites know of other good barbershops throughout the city?”

Dallas Morning News reporter Cassandra Jaramillo tweeted early Sunday morning that “DPD source tells me man who was seen getting attacked in a graphic viral video by a group of protesters is in bad shape, but hanging on. His body was literally twisted from getting stomped on and kicked. Happened near House of Blues. Working to get more info #DallasProtests”

“Dallas Police spokesman tells me the victim of the attack is in stable condition and was transported to a hospital. Police say at this time they can not confirm he was defending a business being looted. His identity has not been released at this time”

“More from DPD: the victim was carrying a machete to allegedly ‘protect his neighborhood from protesters.’ The victim confronted protesters while holding the machete and was subsequently assaulted by the protesters. He remains in stable condition,” Jaramillo added.

It is unknown if any arrests have been made, as police and the government have lost control of the city.

Rioting has been ongoing for days in cities across the United States after the death of a black man who was in Minneapolis Police custody. The rioters claim that they are “protesting” for justice. It remains unclear how looting local businesses, terrorizing neighborhoods, committing murders and kidnapping people will provide that.