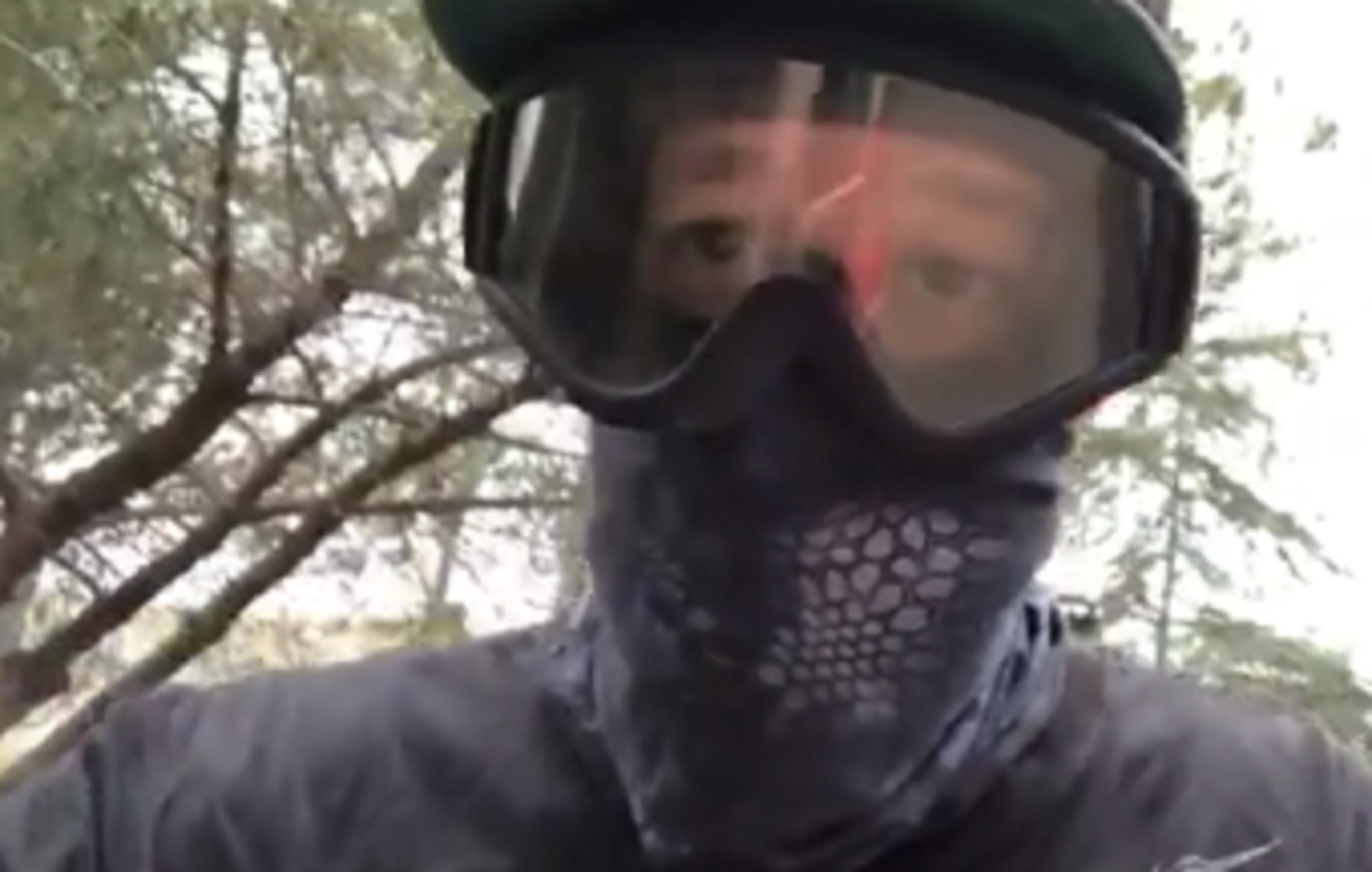 A rich NBA writer was gleefully cheering as Minneapolis rioters burned down poor neighborhoods, but quickly changed his tune when they got to his area.

Chris Martin Palmer, a well known sportswriter, was tweeting things like “burn that sh-t down. Burn it all down,” when the rioters burned down an affordable housing project that was under construction.

Just days later, the riots began to creep closer to his home in a Los Angeles gated community, at which time the rioters became “animals.”

“They just attacked our sister community down the street. It’s a gated community and they tried to climb the gates. They had to beat them back. Then destroyed a Starbucks and now are in front of my building. Get these animals TF out of my neighborhood. Go back to where you live,” Palmer wrote, referring to the lower income areas they previously destroyed. 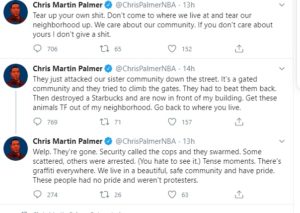 “Tear up your own shit. Don’t come to where we live at and tear our neighborhood up. We care about our community. If you don’t care about yours I don’t give a shit,” he added.

As he got called out on Twitter, he pretended that he only supported “peaceful” protesters all along, and wasn’t cheering for the arson.

“Make no mistake about it those who were looting were not protestors. They were criminals who just blended in. Hell bent on stealing and property destruction. When the legit protestors left midday everything went off the rails,” he wrote.

When someone tweeted at him saying “you can’t be with the chaos one minute then when it’s at your front door you switch it up,” to which the hypocrite replied “you better damn well believe I can.”

He was ratioed, of course. 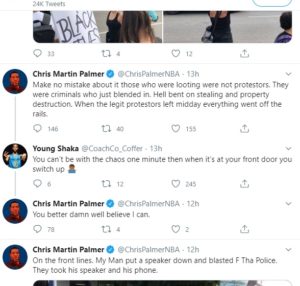 Hilariously, Palmer also attended the riots and bragged about being tear gassed, in someone else’s neighborhood, of course.

First time I got hit with tear gas. pic.twitter.com/erYoEqbngS

Yo! There's gonna be a rally near my house tomorrow. They never have rallies in rich neighborhoods. I'm scared to go! I don't want to be around people.

The people who “don’t care” about their communities are people like this elderly disabled woman who now has no where to shop. She tearfully told a reporter that “George is in a better place than we are,” and said that she wanted to “go where George did,” as she watched the rioters destroy her neighborhood.

This is who the rioters are hurting.

Funny how Palmer believes the destruction is all fun and games until it threatened him, even though he can actually afford to lose — unlike the woman above.

Dallas Riot Mob Victim Charles Shoultz: I Was ‘Trying to Protect a Bar I Love’