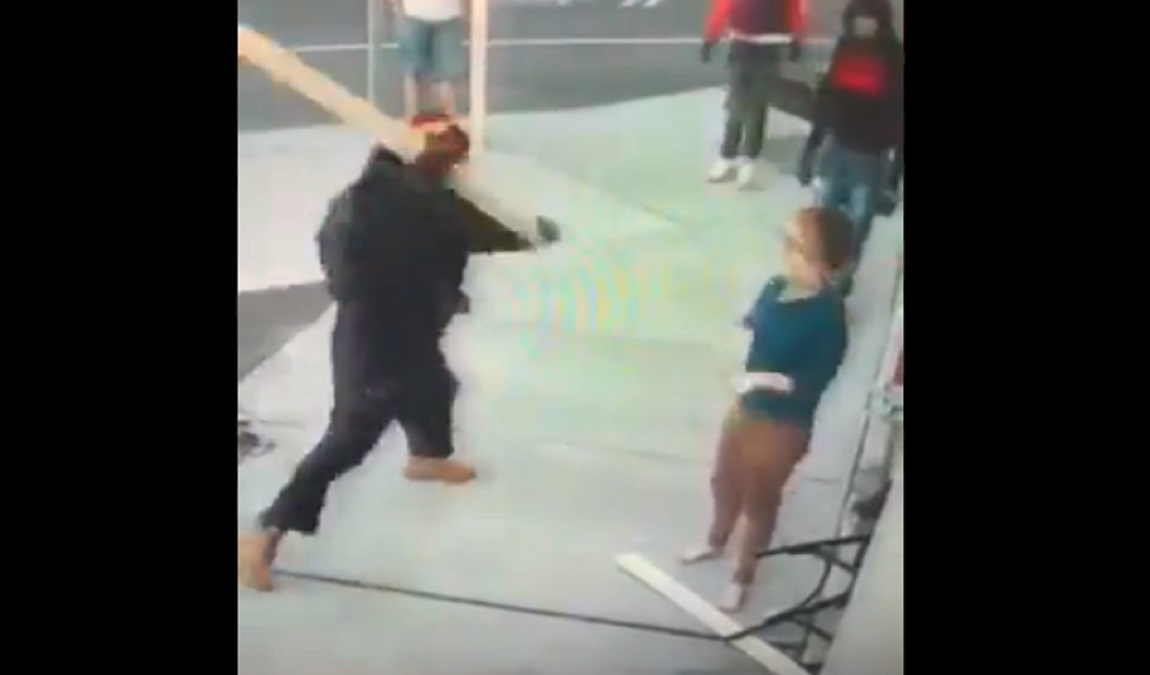 Rochester Police are seeking the public’s help to identify a gang of rioters who violently attacked an elderly couple that was trying to protect their home from the looters.

Police have now released security footage that may help to identify the brutal criminals.

Do you know any of these men❓Yesterday, May 30, these men violently attacked a store owner & her husband who were trying to protect their business from being looted. Please look at the video & still images. If you know any of them, please call Crime Stoppers @ 423-9300. pic.twitter.com/ECSNcfIcDc

“Do you know any of these men? Yesterday, May 30, these men violently attacked a store owner & her husband who were trying to protect their business from being looted. Please look at the video & still images. If you know any of them, please call Crime Stoppers @ 423-9300,” the Patrol Section Investigations for the Rochester Police Department said in a tweet.

They also released still images of the men they are attempting to identify.

Here are still images of the men we need your help to identify. pic.twitter.com/bT1pxfWNIl

In the shocking video footage of the incident, the woman pleads with the men who are terrorizing her to stop as they are smashing the Rochester Fire Equipment Company and the jewelry store next door. The criminals were attempting to loot the jewelry store.

The couple lives in an apartment above the shops.

The men continue menacing her and it seems like they may leave, then one of them turns and begins attacking her.

Her husband then runs over with a golf club and starts swinging, and is also brutally attacked, as he yelled for them to get away from his wife.

A man named Joe Painter was coming home from grocery shopping when he saw the incident happening and began filming.

“Painter, who says he is a veteran of the War in Afghanistan, says it was one of the worst things he’s ever witnessed. He said he stopped recording abruptly because some of the people who attacked the woman in the video started running toward him,” WHAM reported.

Riots have completely overtaken most major cities for the last few days following the death of a black man in custody of Minneapolis Police officers. Democrat leaders have been reluctant to seem unsympathetic to the cause, so they have allowed looting, rioting, kidnapping, arson, and even murder to continue for days.

Hundreds, if not thousands, of small businesses have been destroyed in the mayhem.