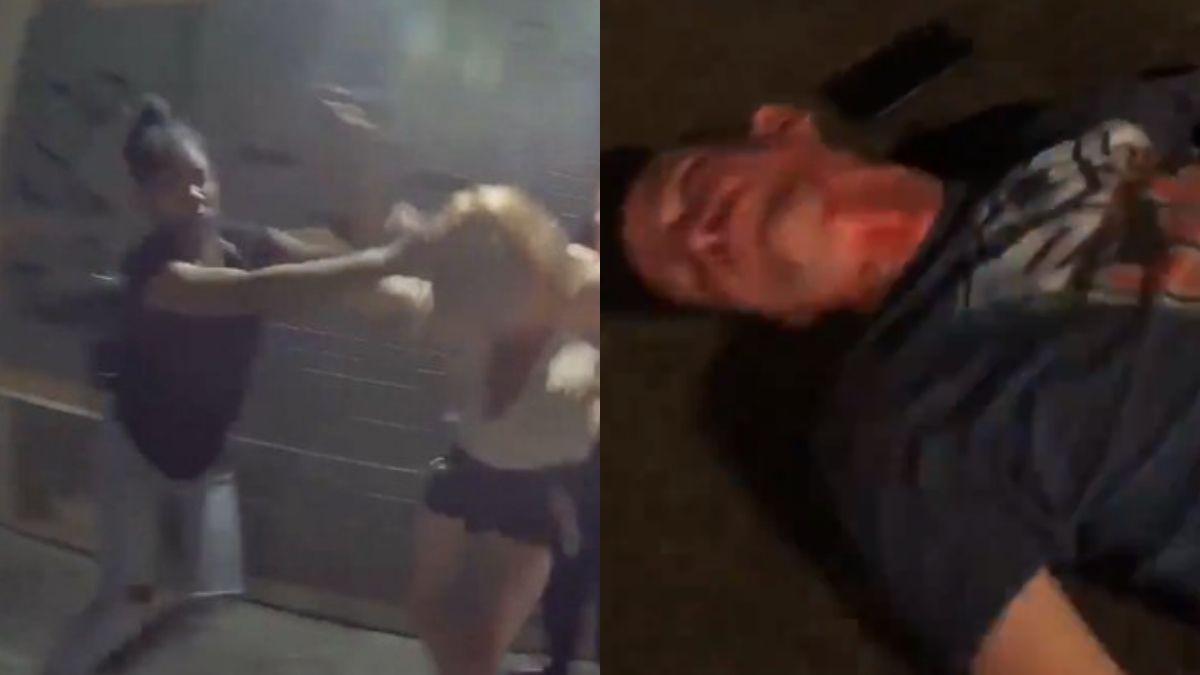 Portland rioters attempted to murder a man who was intervening in their brutal assault and robbery of what appeared to be a white trans person on Sunday evening.

The rioters caused a man to crash his truck before beating him unconscious and robbing his vehicle.

BREAKING: After causing a white man to crash his truck in downtown Portland, BLM militants then beat the man and knock him unconscious

Before the victim is shown trying to calm down a group of men who stole a transgender womans bag and skate board because they didn’t like the way she was talking to “black” men. pic.twitter.com/kgnMDGyMz1

Leading up to the vicious attempted murder, the Black Lives Matter activists were chasing a man away from their “protest” and assaulting him. A person who appears to be a trans woman holding a skateboard attempted to intervene and get them to leave the man alone.

The rioters decided that they didn’t like the trans woman speaking out against their violence, so they stole her skateboard and backpack before violently attacking her, as well. The trans woman was left sobbing on the sidewalk threatening to commit suicide following the mob attack.

1. BLM began to aggressively escort a man from the BLM protest then assaulted him

2. A witness defended him verbally, then BLM thugs began to threaten, rob and physically assault her pic.twitter.com/5kXPVNp0GA

The violent mob also attacked another woman who attempted to intervene in their violent attack on the man and several random people who were just walking down the street.

The people who were targeted by the mob all appeared to be white.

The rioter who ran up and punched the man after he had already been brutally beaten to the point of nearly losing consciousness has been identified by 4Chan users as Marquise “Keese” Love, whose Facebook profile lists him as a ramp agent at Portland International Airport. He also works as a DJ in the evenings.

This after the man has taken several punches to the face, the protesters continue assaulting him. #Portland pic.twitter.com/O1ESWb92yR

The man is completely unconscious. "Get your b**** ass up" is yelled at him #Portland pic.twitter.com/1vCJauX4AN

The conditions of the rioters victims are not yet known, but reporters at the scene said that 9-1-1 had been called.

UPDATE: Shots Fired During Kenosha Riot… ‘People Are Getting Shot All Around Us!’