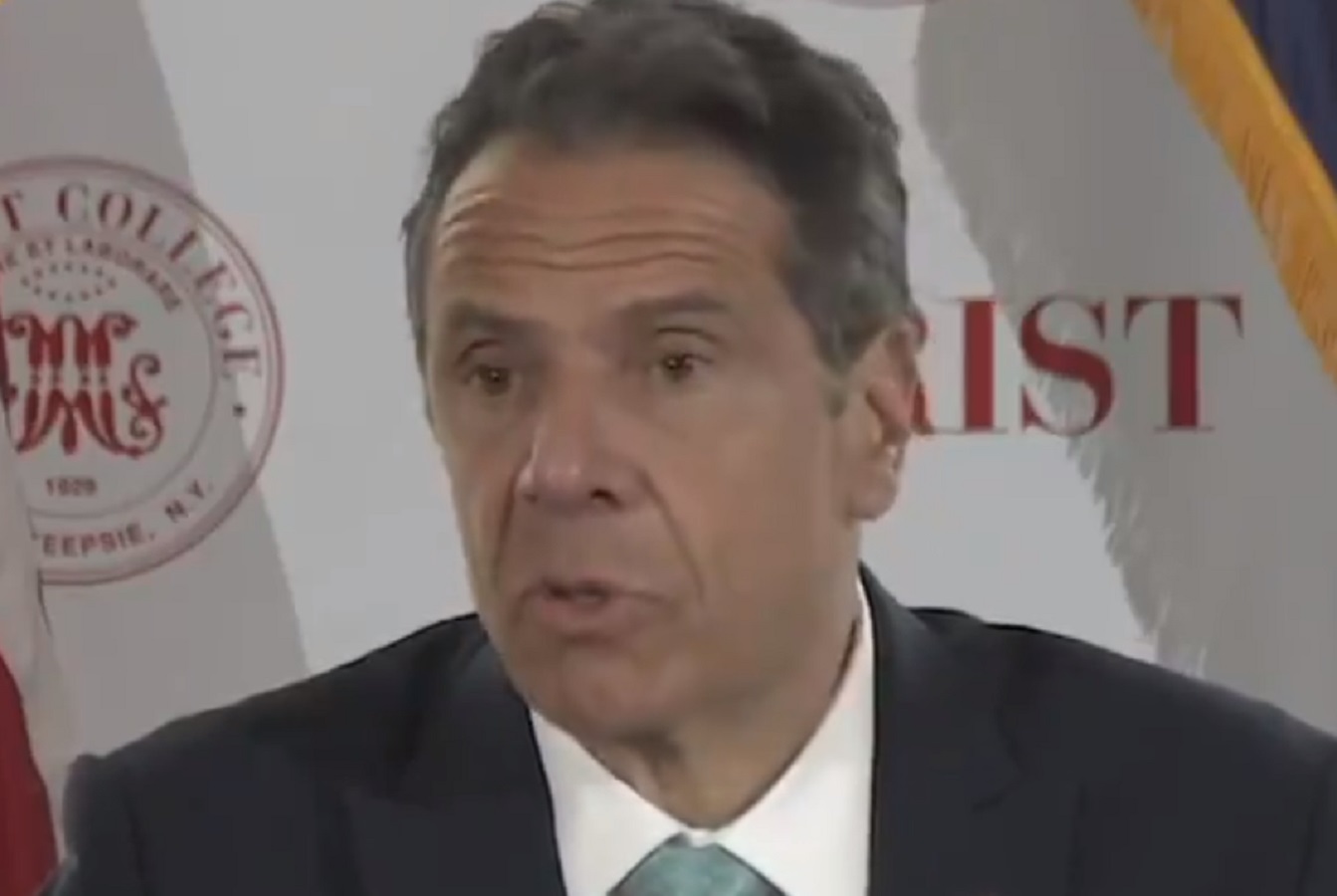 None of the press in the room pushed back on his bizarre remark.

The Democrat governor was explaining that coronavirus cases are going down in the state when he used the label.

“If you had said when we started this, yes we have more cases than anyone else, yes we had this European virus attack us and nobody expected it, but we are not only going to change our trajectory, we’re going to change the trajectory more dramatically than anyplace else in the nation,” he added.

Cuomo just referred to it as the “European virus”.

This is hate speech according to every liberal in America. Why are they not condemning him?

Between this & killing all the elderly in NYC I assume he’ll be resigning by the end of the week. pic.twitter.com/meDCewWtkX

The virus, of course, originated in Wuhan, China. Not Europe.

Cuomo argued that the virus came from Europe in January and “no one knew” about it, to justify his phrasing.

“The geniuses now say the virus came from Europe in January and February. And you know what? No one knew. With all the sophistication, with all the public health organizations, with that whole alphabet soup of agencies, nobody knew the virus was coming from Europe,” Cuomo said.

Cuomo’s basis for this claim is some research that indicates New York received infected travelers from northern Italy, who were infected by Chinese travellers.

President Donald Trump faced massive backlash earlier this year for using the phrase “Chinese virus,” which people claimed to be racially insensitive — despite a multitude of viruses and diseases being named by where they originated.

Even so, the president announced that he would be moving away from using the term.

“It came from China. … I don’t regret it,” he said. “Everyone knows it came out of China, but I decided we shouldn’t make any more of a big deal out of it. I think I made a big deal. I think people understand it.”

Trump also took to Twitter to urge people not to blame Asians for the virus.

….is NOT their fault in any way, shape, or form. They are working closely with us to get rid of it. WE WILL PREVAIL TOGETHER!

“It is very important that we totally protect our Asian American community in the United States, and all around the world. They are amazing people, and the spreading of the Virus is NOT their fault in any way, shape, or form. They are working closely with us to get rid of it. WE WILL PREVAIL TOGETHER!”

Related Topics:Andrew CuomoCoronavirusNew York
Up Next

Elon Musk Opening His California Factory in Defiance of State Order, Asks Cops to Arrest Him, Not His Workers