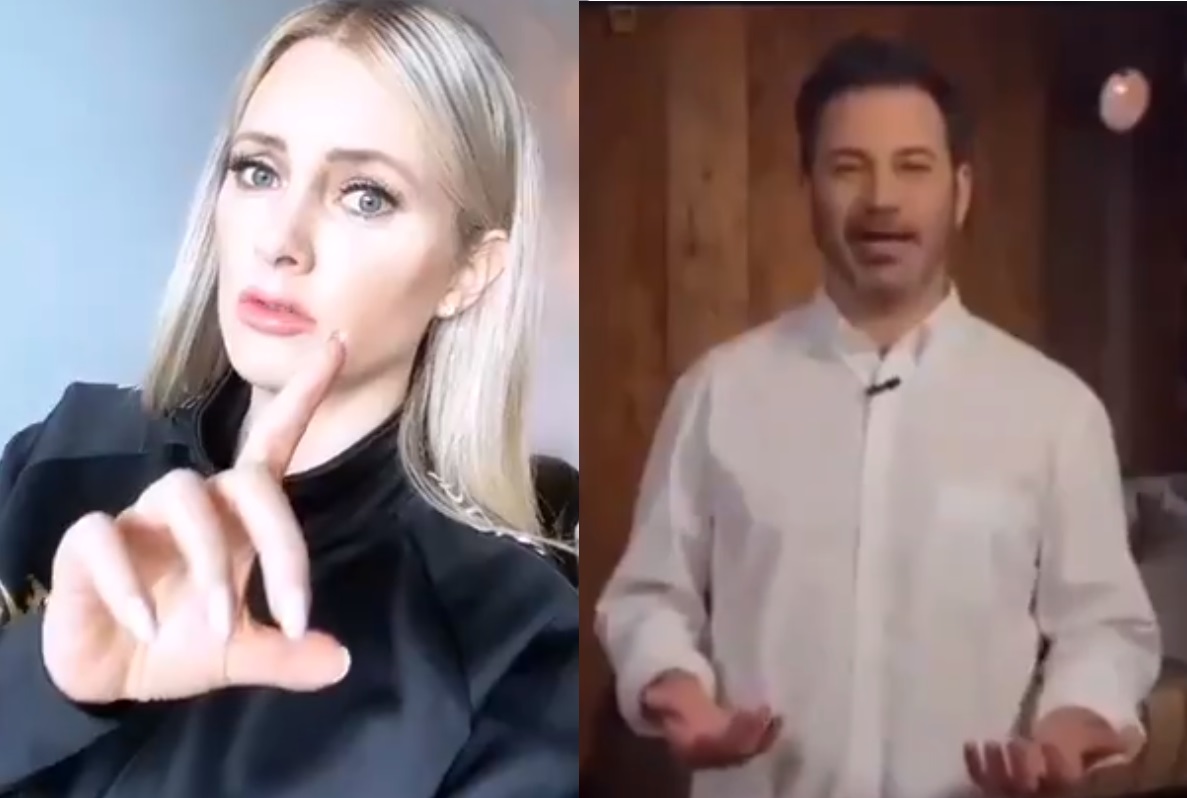 Arbour posted a video demolishing Kimmel’s narrative and requesting he apologize to his viewers on the next episode of his ABC show.

“Did Jimmy Kimmel just release 100% fake news that him and his team created, lying to his audience?” Arbour asks in her video response. “Yup. Yup he did.”

Arbour then played the footage that Kimmel’s show aired, and the real unedited footage.

Kimmel was busted for playing a misleading clip of Vice President Pence carrying boxes of personal protective equipment into a hospital on Thursday.

During the clip, Pence had joked with the staff that he should carry an empty box in for a photo opportunity, but in the full footage of the encounter it was clear that he was joking around. Kimmel only aired a small portion of the exchange, however, to deceive his viewers.

“Here he is with no mask on, wheeling boxes of PPEs into a health care center, and doing his best to lift them, what a hero… since it was going so well, and also because he didn’t realize he had a mic on, Magic Mike decided to keep it going, listen in closely here,” Kimmel said before playing a snippet of the video.

In the portion that he aired, Pence made a joke about carrying empty boxes.

“Well can I carry the extra ones? Just for the camera?” Pence asked.

“Mike Pence pretending to carry empty boxes of PPEs into a hospital is a perfect metaphor for who he is and what he’s doing. A big box of nothing,” Kimmel said.

In the full footage, aired on C-SPAN, it is clear Pence is joking about carrying the empty boxes and the person he is fooling around with says “Absolutely. They’re a lot easier!” Pence laughs before shutting the van door.

The clip was deleted from Kimmel’s social media after BuzzFeed News deputy director David Mack pointed out how misleading their segment was.

I reached out to ABC about this clip and now it's been deleted on Twitter by @JimmyKimmelLive pic.twitter.com/ew6NneReux

Kimmel went on to tweet “apologies” for his fake news, but still took a jab at the Trump administration in the process, Fox News noted in their report.

In her video blasting her fellow comedian, Arbour asserts that “Kimmel you got caught, and now I’ve got to wonder how much of what you tell me on the daily on your show is also bullsh-t — just against people you don’t like. I’m sure you’ ll issue an apology and retraction, tonight, on your show.”

Arbour concludes by noting “the level of disrespect that you have to have for your audience to just lie to their faces and hope that they spread it.”