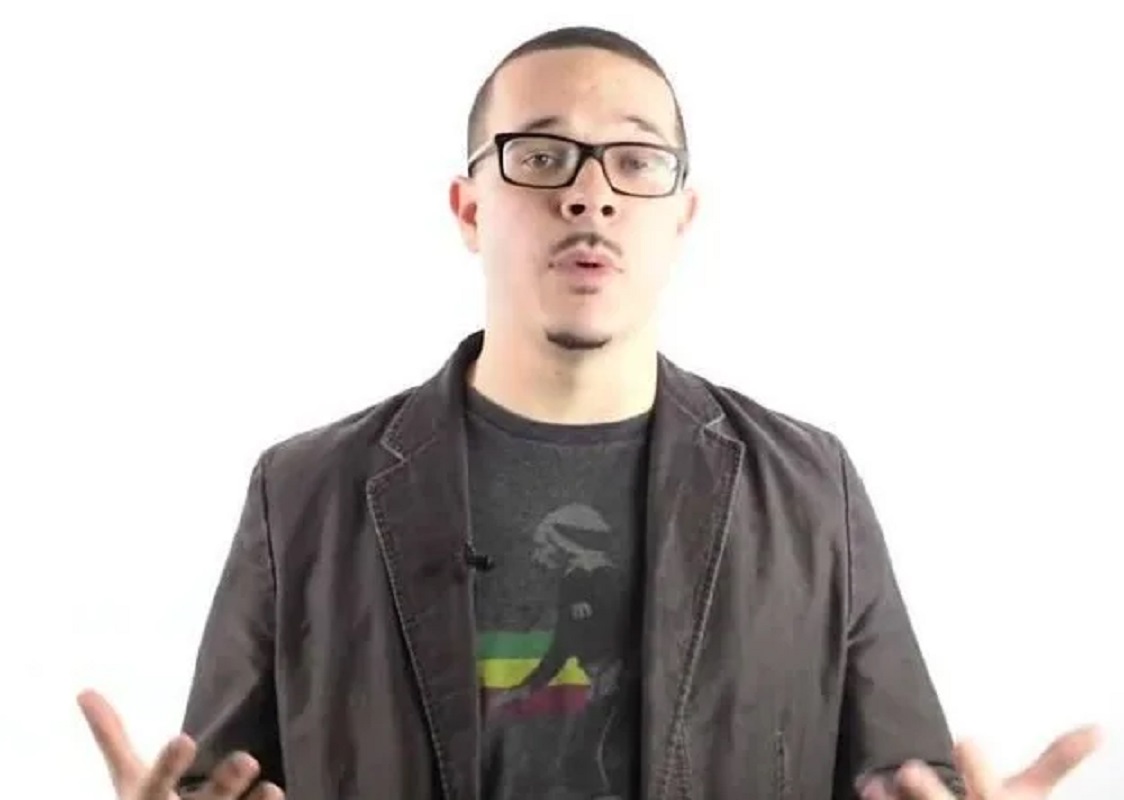 Shaun ‘Talcum X’ King posted a violent threat towards the state of Georgia and the men involved in the fatal shooting of Ahmaud Arbery on Facebook — claiming that he knows where the men live and where they are “hiding out.”

Gregory McMichael, 64, and his son, Travis McMichael, 34, were charged with murder on Friday over Arbery’s death.

The booking photos of Gregory McMichael, 64, and his son, Travis McMichael, 34: pic.twitter.com/1vMI7tekU9

Arbery was running through a neighborhood outside Brunswick that was miles from his home on February 23 when he was shot and killed. The elder McMichael, 64, a former law enforcement officer, said that he believed the man had matched the description of a man who had been burglarizing houses in the area. He stated that he and his son had been attempting to perform a citizen’s arrest when the confrontation took place.

McMichael asserts that his son and Arbery had got into a struggle over the shotgun that Travis was carrying. His son claims that he was attacked, and that is why he fired the weapon.

The media and activists have maintained that the man was just jogging, though it remains unclear why he would have been doing it so far from home. The owner of an under-construction home caught multiple surveillance footage clips of a man who appears to match Arbery’s description trespassing on the property.

The property owner has now been receiving death threats.

In a Facebook post on Friday, King addressed the two men saying “I need you to know that I know where you live and where you are hiding out. 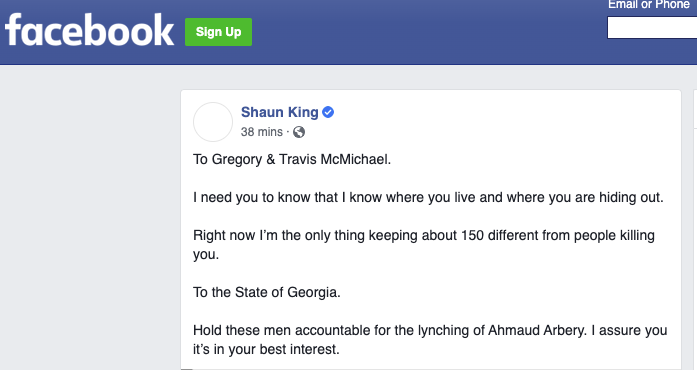 “Right now I’m the only thing keeping about 150 different from [sic] people killing you,” he added.

King went on to address the “state of Georgia,” saying “hold these men accountable for the lynching of Ahmaud Arbery. I assure you it’s in your best interest.”

On Tuesday, a local radio host released footage of the shooting, which prompted rapid social media outcry. People were quick to assert, seemingly without any evidence, that these white men had stalked and “hunted” the black man because of his race.

CNN reports that Waycross Judicial Circuit District Attorney George Barnhill had found that the autopsy, however, appeared to be consistent with McMichaels claim that there had been a struggle over the weapon.

“The first shot went through Arbery’s right palm, consistent with Arbery grabbing the gun barrel, Barnhill, who said he saw an autopsy report, wrote. The second shot is consistent with Travis McMichael ‘attempting to push the gun away from Arbery while Arbery was pulling it toward himself. The third shot, too, appears to be in a struggle over the gun,’ the prosecutor wrote.”

Arbery family attorney S. Lee Merritt has said that even if he had robbed someone, it is not up to the public to take justice into their own hands.

“We don’t believe that this was even arguably self-defense or a citizen’s arrest, but even under their sort of peculiar theory, they can’t set a trap,” he told CNN, discussing the state’s Stand Your Ground laws.

“They can’t stop someone in the middle of the road, hop out with (guns), create a dangerous situation and avail themselves of stand your ground or self-defense. That’s just not how the law’s designed to work.”