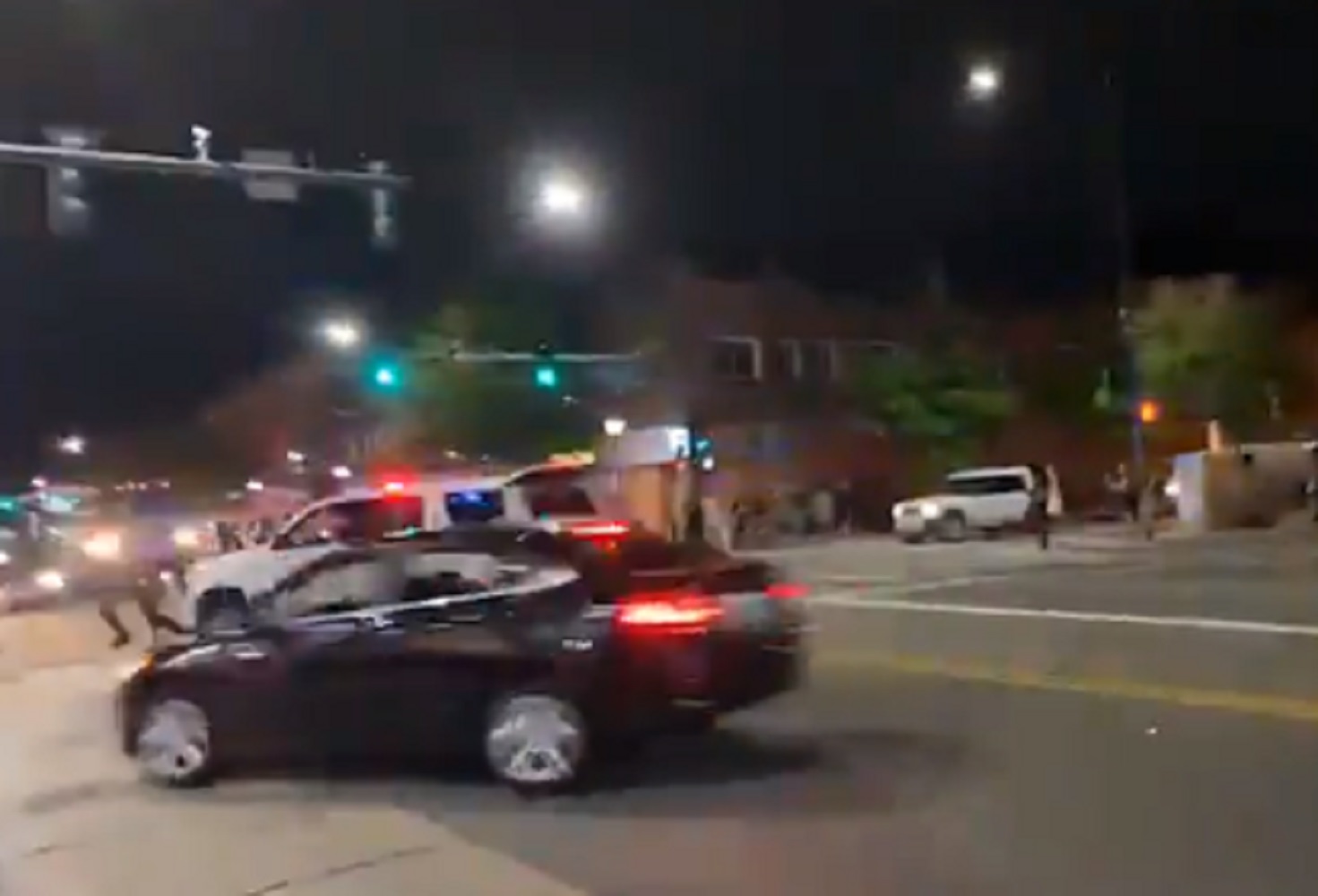 A motorist in Denver has ran over three police officers and one civilian as riots continue in the city.

Violence has escalated in cities across the nation as riots continued on Saturday evening.

The incident was captured on video by someone who was livestreaming.

Random guy ran over a cop in down town Denver #denverprotests https://t.co/AJBSkLGU79 is live-streaming the riot , clip from stream. Anyone in Denver stay safe pic.twitter.com/HvwwdxbCgO

Riots have been ongoing in Denver for three days. It appears that the government has completely lost control of all of these cities.

Prior to Saturday night’s protest, police warned business owners that the violence and destruction would be worse than that they saw on Friday.

“Rioters seemed to grow violent much earlier than they had the other two days, Matt Mauro noted during our newscasts on Saturday,” Fox 31 reported.

At least one officer had already been injured by the rioters prior to this hit and run.

“A Denver police officer was injured at Colfax and Logan when a vehicle crashed into the vehicle that the officer was riding on the exterior of and left the scene,” Fox 31 reported.

The condition of that officer, as well as the three just injured, remains unknown.

Officers were also pelted with rocks and other projectiles throughout the day. Rioters have been frequently throwing explosives, such as large fireworks, into the police lines.

Violence has taken over American cities following the death of a black man in the custody of Minneapolis Police on Monday. There has been rioting, murders, kidnappings, looting, arson, and hundreds of businesses destroyed.

There had been at least 18 arrests in Denver, at least two of which were felonies, by late Saturday evening. Several of the people they arrested have been armed. 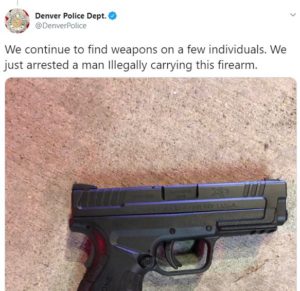 Denver has an extremely large anarchist movement, perhaps one of the largest in the nation.

A curfew went into effect in the city at 8 p.m. and is supposed to last until 5 a.m. All public transportation has been suspended.

UPDATE: Man Stoned and Beat By Mob During Dallas Riot in Stable Condition