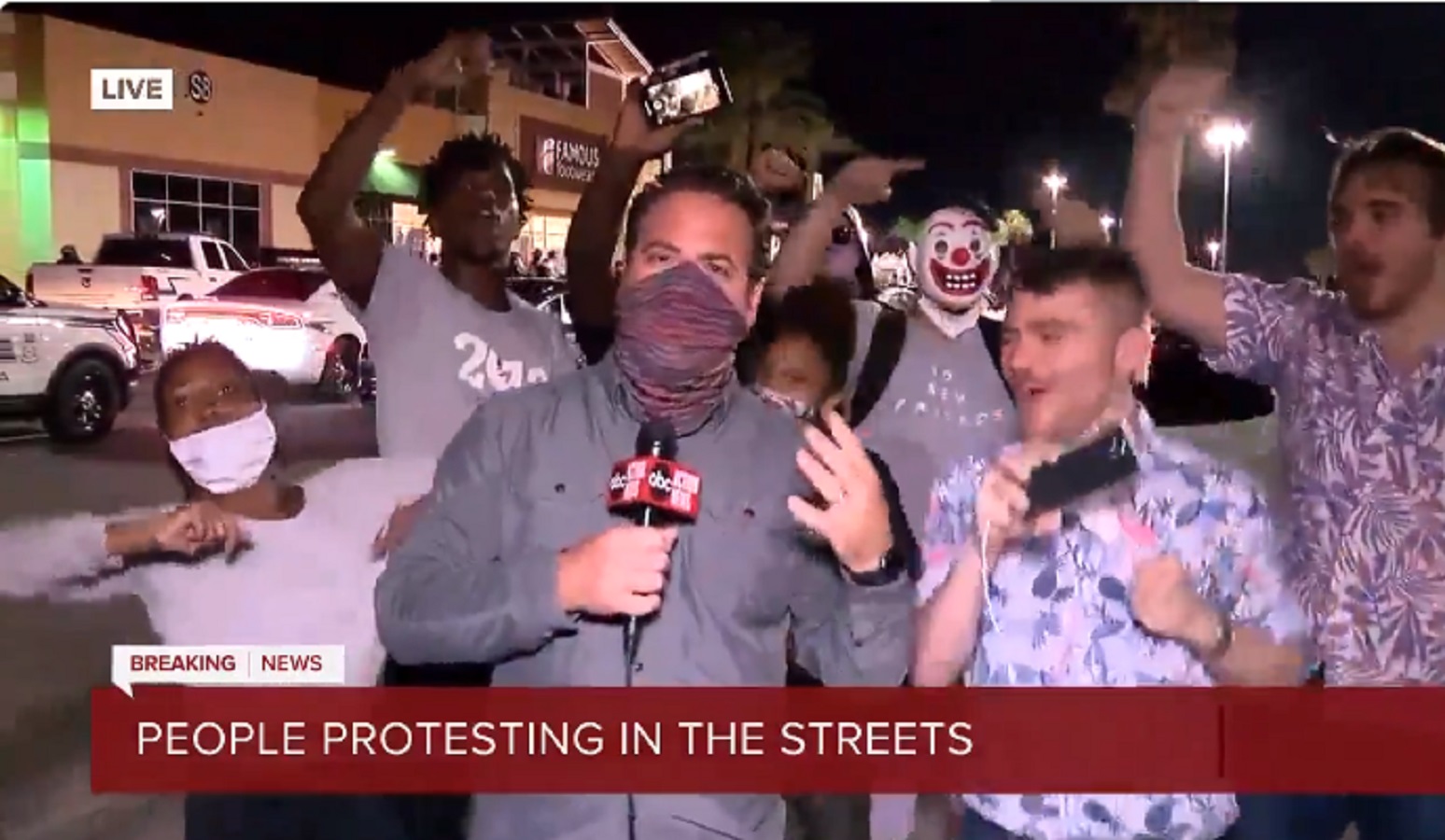 Nicholas Fuentes, one of the leaders of a growing America First movement in the United States, bravely crashed a Florida news report to do a “Groyper” chant.

Fuentes hosts a political commentary show on DLive that has thousands of regular viewers.

Meanwhile here in Tampa, it appears some boogalooers got on TV to do a white supremacist chant pic.twitter.com/yPMnktabZ8

Riots have been sweeping the nation after a black man died in the custody of Minneapolis Police on Monday. There have been murders, arson, kidnappings, and countless businesses have been destroyed by looting.

On Saturday, a white shop owner was stoned by a mob who was trying to loot his business. He appeared to be in critical condition. Another elderly white man was brutally jumped by the mob for trying to defend himself and his vehicle, before they turned his car over and lit it on fire.

As “Conservative Inc.,” the mainstream Republican organizations, continue to cave to pressure from leftists and silence, exclude, or “cancel” more and more interesting right-wing figures and voices — a dissident right has began to grow and organize.

From forming their own student groups, to organizing events that counter the “gatekeepers,” this movement, which largely believes in stopping immigration, ending senseless wars, and putting America’s citizens first, has been making major waves.

In the fall, the “Groyper War” took aim at more neoconservative figures on the right and asked tough questions during their speaking events.

During the “Groyper War,” Rep. Dan Crenshaw infamously told a young right-wing student who asked him a question about Israel at an event that he would “regret” doing so. Ben Shapiro gave a 45 minute long speech calling the Groyper students asking questions, and Fuentes, who became the de facto leader of the Groyper movement “alt-right.”

Malkin’s gained the disdain of neoconservatives when she refused to disavow Fuentes and other young America First students during the “Groyper War.” Her refusal to participate in the cancel mob lead to her being removed as a speaker by the Young America’s Foundation (YAF).