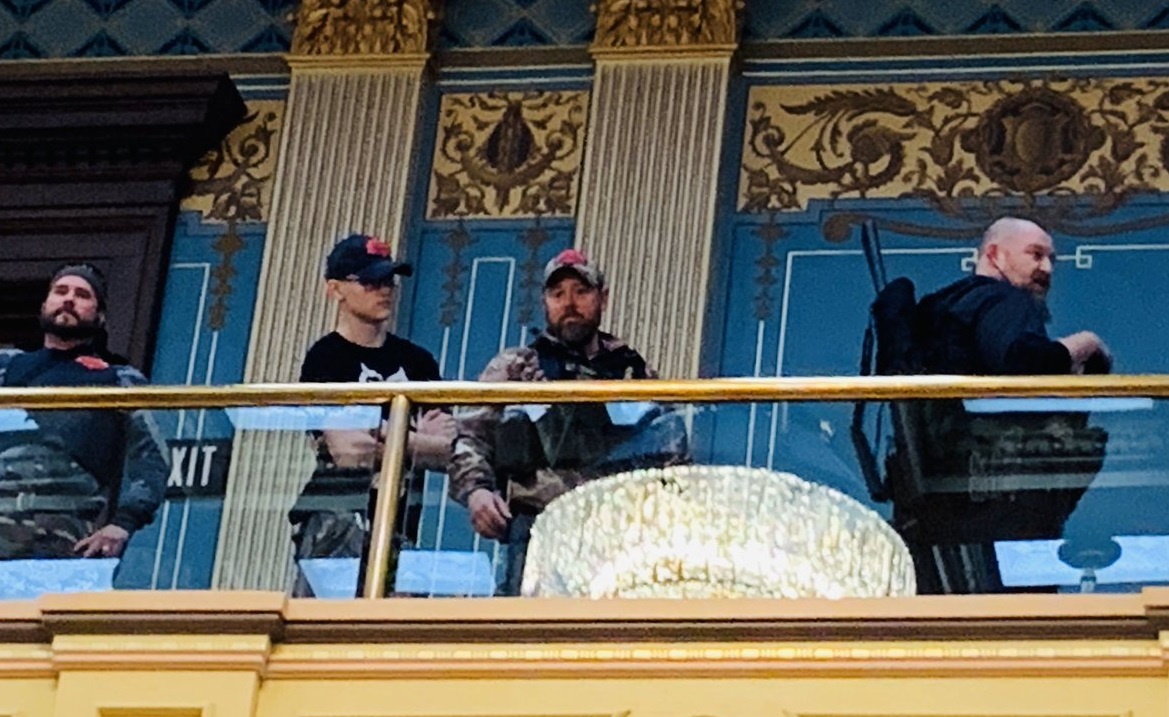 Hundreds of Michigan residents, some of whom were armed, stormed the State Capitol building on Thursday in protest of Democrat Gov. Gretchen Whitmer’s strict stay-at-home orders.

The “American Patriot Rally” protesters forced their way into the chamber as the legislatures were debating the orders.

The demonstrators were calling for the state to be reopened and chanting “let us in!”

At the MI Capitol pic.twitter.com/IuYoBhstIg

State Senator Dayna Polehanki tweeted a photo of some of the protesters, writing, “directly above me, men with rifles yelling at us. Some of my colleagues who own bullet proof vests are wearing them. I have never appreciated our Sergeants-at-Arms more than today.”

Directly above me, men with rifles yelling at us. Some of my colleagues who own bullet proof vests are wearing them. I have never appreciated our Sergeants-at-Arms more than today. #mileg pic.twitter.com/voOZpPYWOs

In Michigan, marijuana dispensaries have remained open while most other businesses have been forced to temporarily shutter.

The harsh orders lead to thousands of protesters converging for a rally against her called “Operation Gridlock.”

“People are basically being told what they can and can’t buy at stores,” a Conservative Coalition member who attended the protest told News 8. “Nothing makes sense. You can buy a bottle of liquor, but you can’t buy a gallon of paint.”

In response to the demonstration, Whitmer said that she may retaliate for the protest against her orders by expanding them.

In an interview with MSNBC’s Rachel Maddow last month, Whitmer said that the protest was “irresponsible” and that “we might have to actually think about extending stay-at-home orders, which is supposedly what they were protesting.”

WATCH: Gov. Whitmer tells @Maddow that Wednesday's protest at Michigan's Capitol is the “kind of irresponsible action that puts us in this situation where we might have to actually think about extending stay-at-home orders, which is supposedly what they protesting." pic.twitter.com/WxVtTVEeia

The shut down in Michigan is currently scheduled to end on May 15.