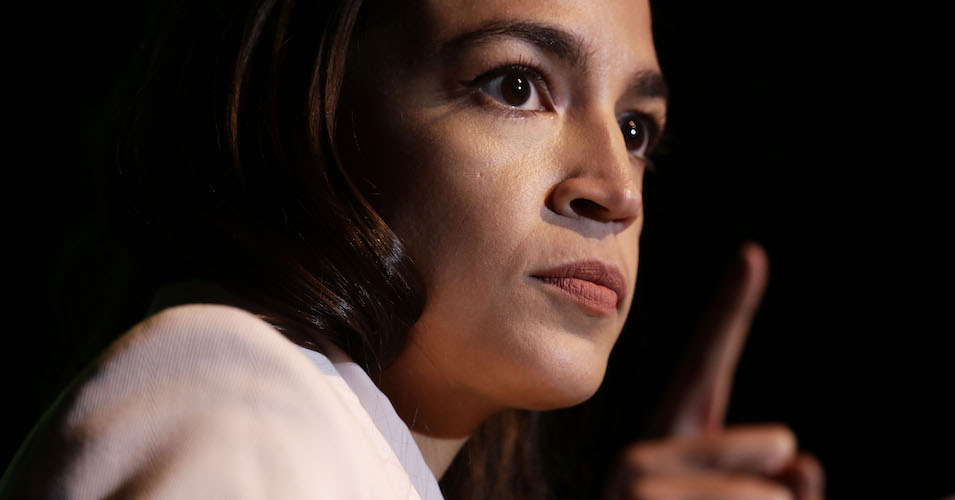 U.S. House Representative Alexandria Ocasio-Cortez made headlines this week after her visit to migrant detention facilities at the U.S.-Mexico border. AOC pointed out the bad conditions at the facilities, and recently sparked an outcry when she referred to them as “concentration camps.”

Whether you want stricter immigration laws or open borders, there is no denying that the situation on our southern border is a humanitarian crisis. Nobody is wishing death or suffering on these migrants, but what both AOC and her critics are missing in this latest show of political theater is the root cause of the migration problem: U.S. intervention in Latin America.

Most Americans are aware of the role the U.S. government has played in Latin America to uphold its business interests and stop the spread of communism during the cold war. But U.S. politicians seem to be blissfully unaware of the impact that recent U.S. intervention has had on the region and how it directly impacted migrants in these detention facilities.

One of the more recent successful U.S. backed coups in Latin America was in Honduras, under the watch of then Secretary of State Hillary Clinton. With guns drawn on June 28th 2009, Honduran special forces escorted democratically elected President Manuel Zelaya from his house and onto a plane to Costa Rica.

A cable sent to Washington dated July 24th 2009 from the U.S. embassy in Honduras read, “The Embassy perspective is that there is no doubt that the military, Supreme Court and National Congress conspired on June 28 in what constituted an illegal and unconstitutional coup against the Executive Branch.” However, Clinton’s State Department refused to suspend U.S. aid to Honduras, which is required when a democratically-elected government is overthrown.

During a 2016 interview with Democracy Now’s Juan Gonzalez, Clinton agreed with his framing of the situation in Honduras since 2009 when he said, “There’s been a few hundred-people killed by government forces. There’s been all these children fleeing, and mothers, from Honduras over the border into the United States.”

But when Gonzalez asked about the role Clinton played in the coup, she denied the assessment of those in the embassy in 2009, “The Legislature—or the national Legislature in Honduras and the national judiciary actually followed the law in removing President Zelaya.” She went on, “If the United States government declares a coup, you immediately have to shut off all aid, including humanitarian aid.”

Although some of the aid to Honduras may be humanitarian, a lot goes to the military and government. According to the USAID website, the top implementing aid partner for Honduras in 2009 was the “U.S. Government – Department of Defense,” meaning the Pentagon was more involved in Honduras than any other U.S. agency the year of the coup.

On Sunday, a 30-year old Honduran man, Alexis Balderramos-Torres, died in ICE custody at a detention facility in Houston. His cause of death is unknown at this time, but blowback from Hillary Clinton’s coup and “humanitarian aid” could have driven him to make his fateful journey.

Venezuela has become a target for regime change within the Trump administration since he first came into office. President Trump made comments like, “We have many options for Venezuela, including a possible military option if necessary,” early on in his presidency.

Unlike the CIA covert style regime change most common in Latin America, the Trump administration’s attempt to oust President Nicolas Maduro has been right out in the open. On January 23rd 2019, opposition leader Juan Guaido declared himself president of Venezuela after a phone call from Vice President Mike Pence.

Both Trump and Pence quickly voiced their support for Guaido. National Security Advisor John Bolton even said on Fox Business News that, “It will make a big difference to the United States economically if we could have American oil companies invest in and produce the oil capabilities in Venezuela.”

Maduro’s opposition argues the 2017 elections were illegitimate, a narrative the U.S. state department and mainstream media both accept. Whether or not Maduro was elected legitimately is a debate for the Venezuelan people to have, nobody else. The economy under Maduro has taken a serious crash, rising inflation, lower oil prices, price control and U.S. sanctions all play their part in the dire economic situation.

Since 2017, Trump has increased crippling economic sanctions, making it impossible for the failing Venezuelan economy to recover. The Center for Economic and Policy Research had determined U.S. sanctions were responsible for the deaths of 40,000 Venezuelans in a report they released in April. There is a refugee crisis coming out of Venezuela and Trump’s policy of economic strangulation has done nothing but add fuel to the fire.

When AOC was asked about the situation in Venezuela, the congresswomen said, “I defer to caucus leadership on how we navigate this.” Speaker of the house, Nancy Pelosi, has expressed her support for Guaido and encouraged the ouster of Maduro. Unfortunately, while AOC is busy using terms like “concentration camps” and taking dramatic photos in front of chain-link fences, she has not found the time to fight the policies that are actually responsible for the crisis.

If the Trump administration continues its support for Guaido and continues its economic warfare on the people of Venezuela, more and more refugees will be fleeing the country. If a civil war is sparked between Juan Guaido’s opposition and the Pro-Maduro military, it could lead to a long brutal war and the United States will see a refugee crisis similar to the one in Europe after the outbreak of the Syrian civil war. This is the reality both Trump and AOC need to come to terms with.

Related Topics:AOCBorder Crisis
Up Next

78% of Voters Support Trump’s Decision Not to Strike Iran