Rioters threw what appeared to be a large firework into a line of police at the CNN building in Atlanta where they have been causing destruction throughout Friday evening and into Saturday.

.@CNNValencia and crew take cover after an explosion takes place in the space between protesters and police at the CNN Center in Atlanta. https://t.co/mHZFrcOZj7 pic.twitter.com/HLPzyoKgn9

Earlier in the day, people had climbed on to the network’s sign and vandalized it before smashing the glass at the entrance of the building.

CNN correspondent Nick Valencia was nearby when the explosion happened.

“I have a daughter and wife I want to get home to tonight,” Valencia told anchor Chris Cuomo.

A police car was also set on fire nearby.

A police car has been set on fire amid #GeorgeFloyd protests pic.twitter.com/4DxL6rK4pY

Ironically, before being targeted, CNN had been downplaying the brutally violent riots sweeping the nation as “mostly peaceful protests.”

Atlanta Mayor Keisha Lance Bottoms has said that these are not protests, but “chaos.”

“What I see happening on the streets of Atlanta is not Atlanta. This is not a protest. This is not in the spirit of Martin Luther King, Jr. This is chaos,” Lance Bottoms said at a news conference.

“A protest has purpose. When Dr. King was assassinated, we didn’t do this to our city,” she said. “If you want change in America, go and register to vote. … That is the change we need in this country.”

Violent riots have been sweeping cities across America for several days following the death of black man in Minneapolis Police custody on Monday.

Lance Bottoms also defended CNN, bringing up a reporter who was arrested earlier in the day.

“There was a black reporter who was arrested on camera this morning, who works for CNN. They are telling our stories, and you are disgracing their building,” she said. “We are no longer talking about the murder of an innocent man. We’re talking about how you’re burning police cars on the streets of Atlanta, Georgia.” 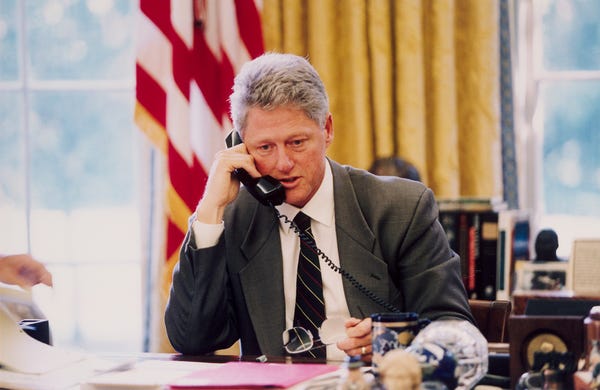 According to an email sent by Hunter Biden, former President Bill Clinton invited him to join him on a trip to Haiti in 2010.

In an email on June 18, 2010, to President Bill Clinton’s deputy assistant and councilor, Doug Band, Joe Biden’s son discussed seeing the former president in Arkansas and being invited on a trip. 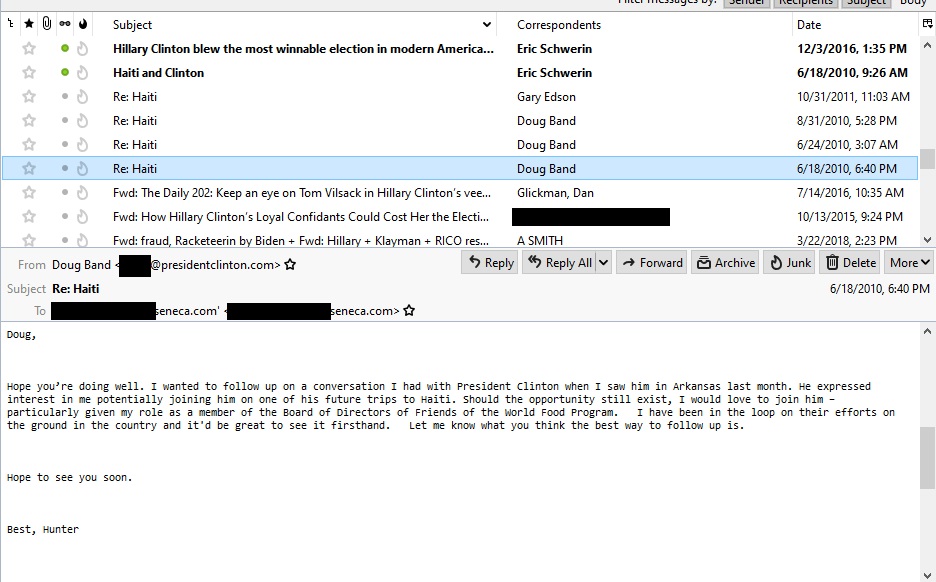 “Hope you’re doing well. I wanted to follow up on a conversation I had with President Clinton when I saw him in Arkansas last month. He expressed interest in me potentially joining him on one of his future trips to Haiti. Should the opportunity still exist, I would love to join him – particularly given my role as a member of the Board of Directors of Friends of the World Food Program. I have been in the loop on their efforts on the ground in the country and it’d be great to see it firsthand. Let me know what you think the best way to follow up is,” the email reads.

In response, Band wrote “Appreciate the invitation. We are in africa now and headed to moscow on 29, home 30. Let me know when your next in ny good luck with the event.”

The conversation continued and Biden ended up meeting with Band in NYC to try and lock down a trip in September.

In an email to Doug Davenport, Hunter Biden explained that the goal of the meeting was to secure the Haiti trip with Bill Clinton.

It is unclear if they ended up going.