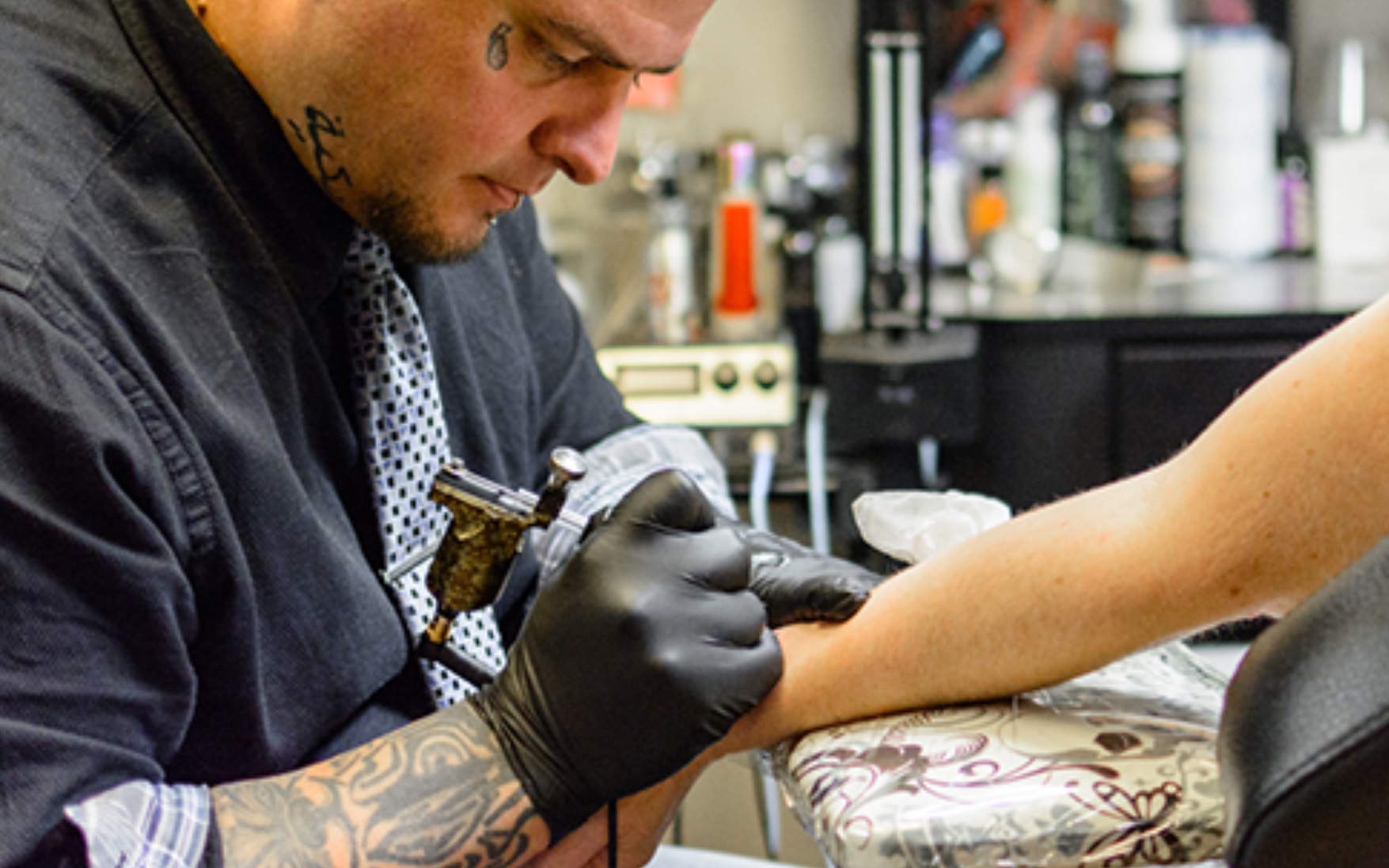 A North Carolina tattoo shop owner was arrested on Wednesday for defying the state’s stay-at-home order and opening for business.

Matthew “Jax” Myers, the owner of Apex Tattoo Factory, said that he was worried that he will lose his home and be unable to feed his children if he couldn’t get back to work.

“Jax was arrested in protest today,” a post from the tattoo shop’s Facebook page began. “He wanted me to post this in the actual event to let all know he never intended harm to anyone, but he himself and our family is struggling and he wasn’t just gonna stand and do nothing. God bless you all and thanks to all our supporters.” 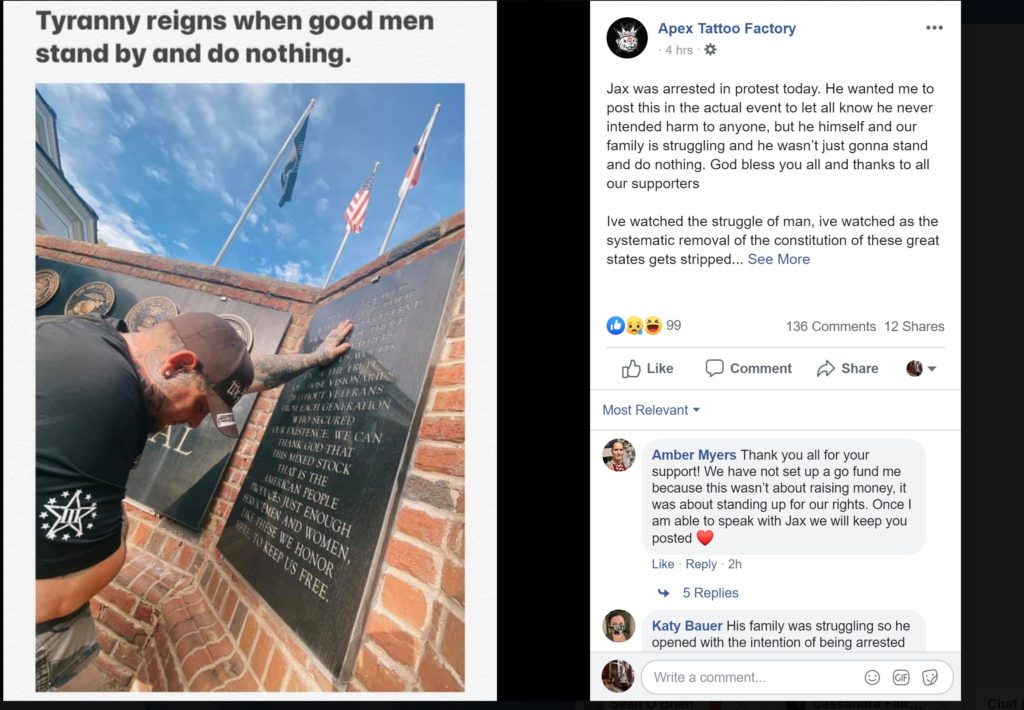 Meyers told The News and Observer that he knew he would be charged, but hopes that his defiance of the order will inspire more small business owners to do the same.

“I hope this will inspire other people to do the same,” he said, shortly before his arrest. “You can arrest one person, but you can’t arrest all these people.”

The shop was only open for 10 minutes before police arrested the 38-year-old owner and lead him away in handcuffs.

Meyers explained that neither “he nor any other small business owners he knows have received small business loans or federal Paycheck Protection Program money, and he only got approval for insufficient unemployment payment after 13 attempts to sign up.”

Meyers has been a staple at ReOpenNC protests in Raleigh.

“If people are willing to take the risk,” Meyers said, “it’s their body and their choice.”

A hair salon owner in the state is also planning to reopen on Thursday, ignoring the state’s orders.

Jessica Wesley, owner of The Room hair salon in Roxboro, said that she has already booked appointments for when she opens the doors.

“I’m not a big fan people telling me what to do,” Wesley told local station ABC11. “Making me do something that takes away something that I have worked my fanny off for years, it doesn’t sit well with me.”

Wesley announced the reopening of the salon on Facebook Live.

“I got my Clorox spray, my disinfectant wipes, my barbercide wipes. I have all of the things I am supposed to do to keep people healthy,” Wesley said, explaining that she will be the only one in the shop with one customer at a time.

North Carolina’s stay at home order has been in effect since March 30. It is set to be evaluated again on May 8.

Related Topics:CoronavirusfeaturedNorth Carolina
Up Next

The Best Inuyasha Cosplay of All Time? Cosplayer and His Cat Go Viral With Hilarious Photos