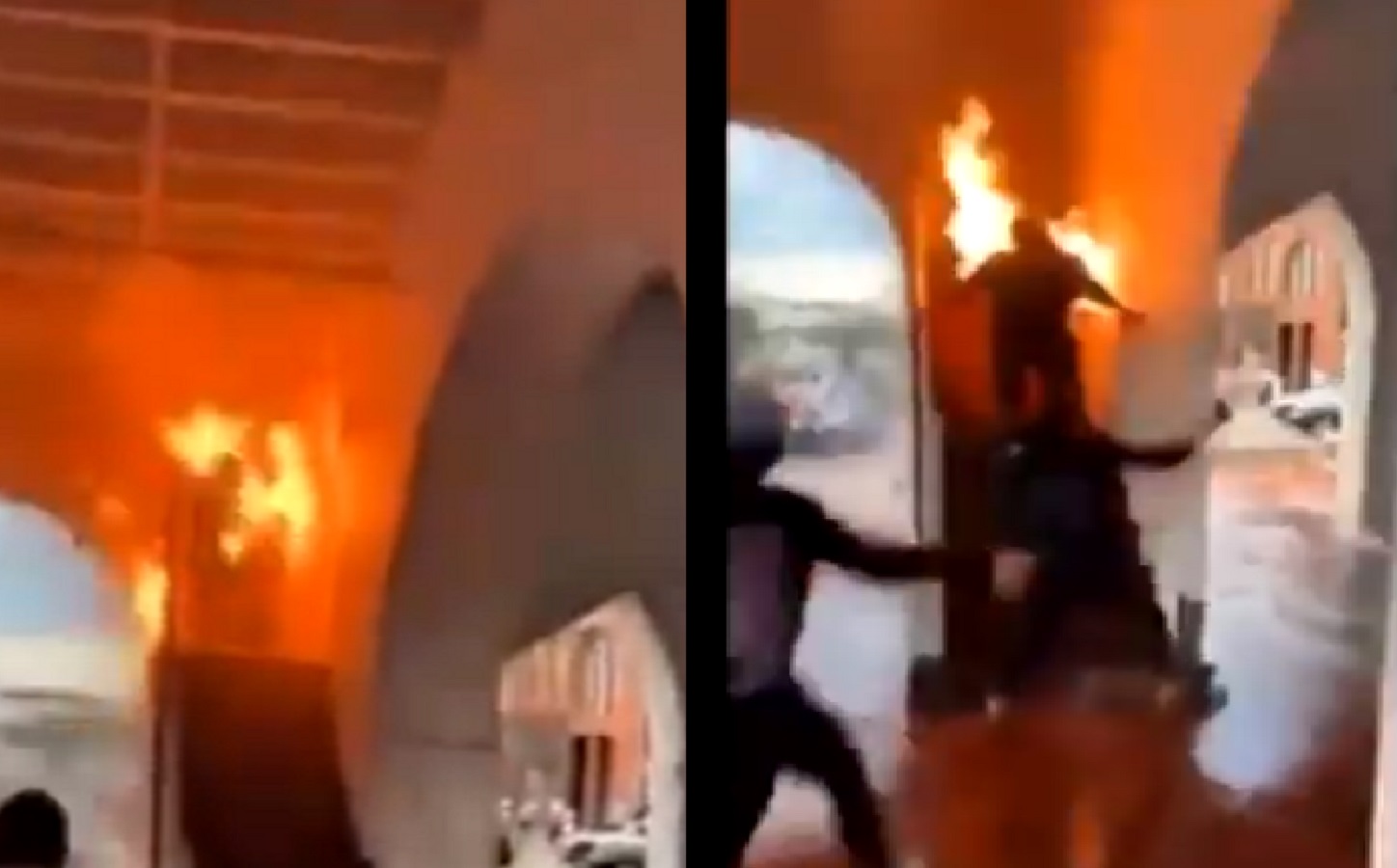 In another hilarious moment of instant karma from the riots, some idiot who was trying to burn down a historic building, but lit himself on fire instead.

The man was attempting to set the building ablaze as fire alarms rang out, but it blew back in his face. Literally.

In Fayetteville a rioter sets himself on fire while attempting to burn a building pic.twitter.com/zVQYfbQ4Op

Other rioters jumped in to attempt to help put it out as one man repeatedly shouted “oh sh-t.”

The video appears to be from the Market House, which was declared a National Historic Landmark in 1973. Protesters also burned the US flag outside.

Local station WRAL reports that “protesters set a fire in the Market House in Fayetteville on Saturday evening. Hours later, they have begun adding fuel to the flames, as well as wooden pallets, attempting to encourage a larger fire.”

The Market House was built in 1832 and was home to the state legislator from 1788 through 1793 and was used as a market to sell slaves. It currently had a museum on the second floor.

Violence, looting, rioting and arson has been plaguing the city of Fayetteville for days, like many cities across the nation. The riots began over the death of a black man who was in Minneapolis Police custody on Monday.

Police vehicles have also been smashed and destroyed. Several other buildings were also lit on fire, including a CVS Pharmacy.

Downtown Fayetteville has now been closed to all citizens.

“I am in continuing contact with Emergency Management leaders about violence occurring in some of our cities. Frustrating that planned peaceful protests about real systemic racism are marred. I am grateful for those seeking justice peacefully,” Governor Roy Cooper tweeted.

Fayetteville Mayor Mitch Colin joined early in the day while the “protest” was peaceful.

Since the riots began there have been countless arson, hundreds – if not thousands – of businesses destroyed through vandalism and looting, kidnappings, and even murders. Much of the violence is taking place in states with Democrat leadership, who have told police to stand down and let the mayhem continue.

There have been several instances of this instant karma, however, and the District Herald has been attempting to keep up with them.

In Los Angeles, rioters rolled over one of their own extremists with a dumpster while attempting to break down a police barricade.

In Dallas, a looter who was attempting to flee a building ran straight into a glass door.

Not all karma comes naturally though, and in some cases the police have helped it along a bit, like this NYPD officer who smacked a member of Antifa with his car door as he drove by.