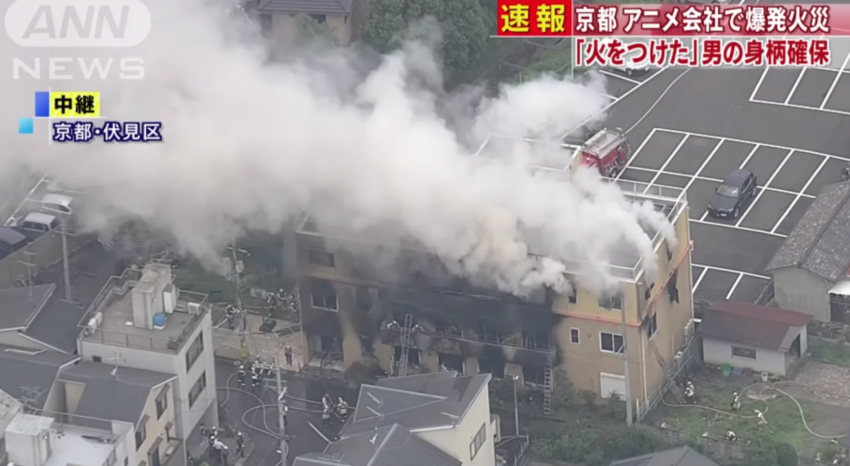 A suspected arson at Kyoto Animation studio has left at least 33 people dead and at least 30 more hospitalized.

A 41-year-old man has been arrested for the blaze. Witnesses claim that they heard him screaming “die” as he lit the fire.

There were approximately 70 people working in the three story studio when the fire began.

“The fire occurred at the Studio 1 building of Kyoto Animation, one of Japan’s most popular producers of anime. At around 10 a.m. JST Thursday morning, residents living near the studio heard the sound of an explosion and saw smoke emitting from the building, which is located in Kyoto’s Fushimi ward. One witness said the suspect was screaming “Die” as he lit the fire,” Kotaku News reports.

A Silent Voice, an anime film about the bullying of a hearing-impaired school girl, was a global success —  earning $33 million worldwide.

“Kyoto Animation has produced an interesting and diverse body of work,” animation historian Charles Solomon told Indie Wire. “‘K-On, Sound, ‘Euphonium,’ and ‘Liz and the Bluebird’ focused on the trials and friendships among young women brought together by their love of music….My personal favorites…are the sensitive but honest depiction of bullying in the feature, ‘A Silent Voice,’ and the take-no-prisoners insanity of ‘Full Metal Panic? Fumoffu.’”

The studio’s CEO and co-founder Hideaki Hatta condemned the attack and has said that the studio has been receiving death threats for years.

The death toll at the anime studio is the highest for any incident in Japan since 1989.