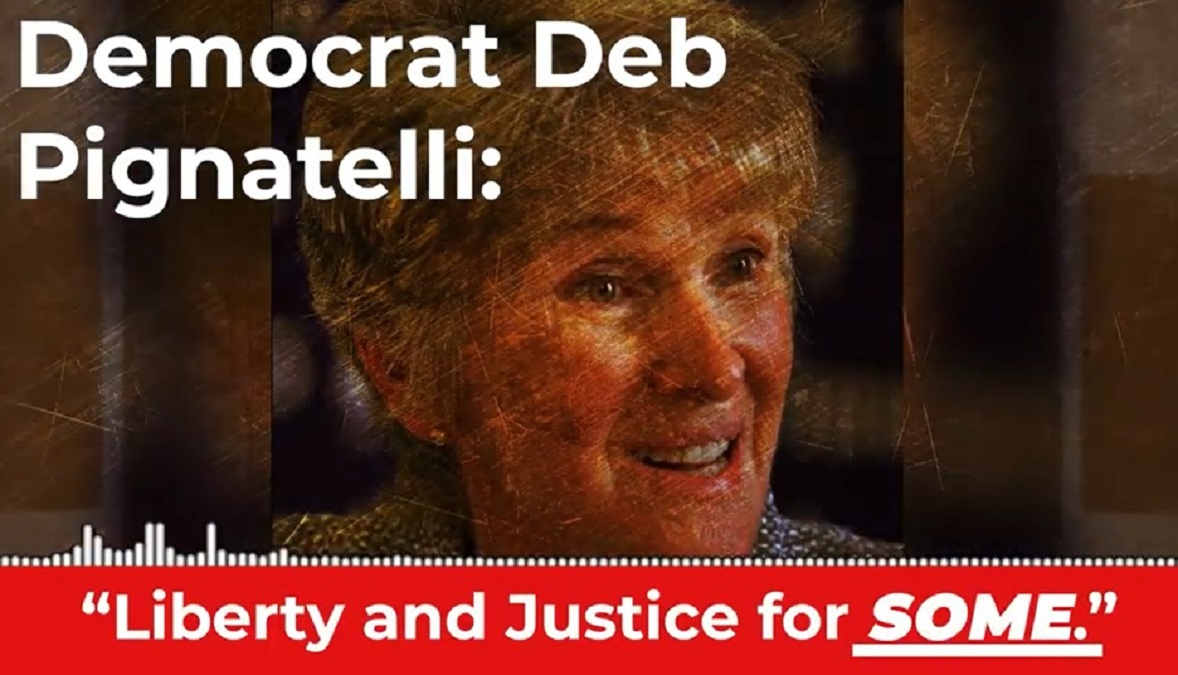 A five-term Democrat politician in New Hampshire is under fire after changing the conclusion to the Pledge of Allegiance to “and justice for some,” during a council meeting last week.

Executive Councilor Debora Pignatelli changed the words to the pledge during a teleconference meeting on Wednesday.

Governor Chris Sununu and the other councilors recited the pledge, which is recited at the start of the meeting, correctly.

“I don’t say it all the time, but it has been clear to me since this coronavirus has started that we need to make some more progress if we’re going to call ourselves a country with liberty and justice for all,” Pignatelli told WMUR.

The New Hampshire Republican Party and former State Senate Majority Leader Bob Clegg, who is challenging Pignatelli for her seat, have been quick to blast her for her stunt. They also released the audio on YouTube.

Clegg is now calling for the council to formally condemn her.

“The Executive Council chamber is no place for this kind of disgraceful, radical behavior,” Clegg said. “On the eve of Memorial Day, a holiday to celebrate and honor the fallen and injured members of the military that defended our country and our flag, Councilor Pignatelli chose to pull this disgusting stunt. She owes New Hampshire veterans and veterans across our nation an apology.”

Republican council chair Steve Stepanek is calling on her to apologize to residents of the state, especially veterans.

“This just shows how disconnected from reality the Democratic majority in Concord is,” Stepanek said.

Pignatelli claims that though her stunt came during the meeting just before Memorial Day, it had nothing to do with veterans.

“It had nothing to do with Memorial Day,” Pignatelli told WMUR. “My father and my brother served honorably, and I honor them on Veterans Day and Memorial Day, along with all of our current and past service members.”

“The coronavirus has pointed out and made it clear that we are not a country where everyone is considered equal and we have a lot more work to do to make this country a place where liberty and justice can live up to its promise,” she said. “This pandemic has shone a bright light for me about the inequities in our country. That’s what this is about. Nothing more.

HUGE: 78 Percent of Americans Would Pay More for Products Not Made in China