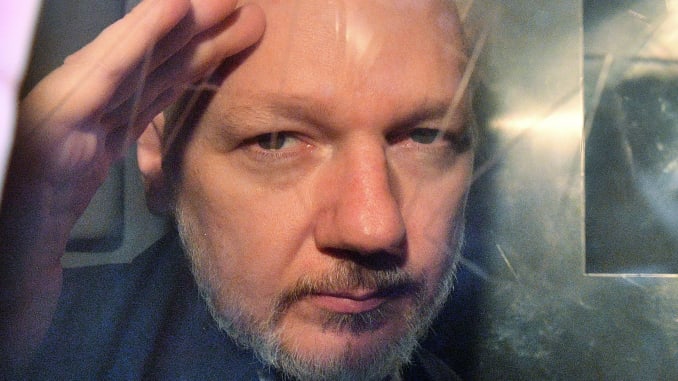 The Julian Assange extradition trial has been postponed until at least September due to the coronavirus pandemic.

On May 4, British District Judge Vanessa Baraitser agreed to postpone the trial and move it from Belmarsh Magistrates’ Court to another court.

“It’s going to take some negotiation to find a crown court that is open in September, in the current climate, and willing and available to take this hearing,’ Baraitser said.

She said that she will notify all parties when a court that can hear the case is determined. It is scheduled to take place over the course of three weeks. The judge warned that there may not be a court that can accommodate the trial during that time frame in London, and that it may end up being in another jurisdiction outside the city.

The trial was originally scheduled to take place in May, but has been delayed due to the coronavirus lockdown. Lawyers for Assange had complained that they have been unable to see him and prepare. Additionally, Assange would not be able to attend the hearing in person, which would make them unable to consult with their client during the proceedings.

Judge Baraitser, during a hearing on April 27, agreed that “remote attendance by the parties will not be appropriate.”

John Shipton, Assange’s father, called the postponed trial a victory, telling Sputnik News that “we won today. And, I guess, from now on we’ll keep on winning.”

“The September date suits us, suits me and suits the family so we can all come and attended the hearing. It’s a continuous hearing, so that’s much more suitable to the defence. So yeah, it’s a relief actually to have the date September 7th onwards,” Shipton added.

In February, Assange’s legal team alleged that the US government was involved in a plot to kill the WikiLeaks founder and make it look like an accident.

Assange’s attorney, Edward Fitzgerald, said that “there were conversations about whether there should be more extreme measures contemplated, such as kidnapping or poisoning Julian Assange in the embassy.”

The legal team explained that American spies were working with UC Global, the Spanish company that had been contracted by Ecuador to do the surveillance in the embassy under the guise of protecting Assange.

US Global’s owner, David Morales, had told his employees that he was going to work “for the dark side,” according to whistleblowers within the company.

“In fact, Mr Morales had indeed made a side agreement to provide information gathered about Mr Assange to the dark side – in other words, US intelligence agencies,” Fitzgerald told the court.

The “dark side,” it turned out, involved billionaire Republican donor Sheldon Adelson, who is also believed by many to be behind the hiring of John Bolton in the White House.

“Former employees who have been granted witness protection have testified that Morales traveled to the U.S. once or twice a month, carrying with him hard disks containing the recordings from inside the Ecuadoran embassy. According to these former employees, he repeatedly told them not to talk to Ecuadoran officials about the trips. Prosecutors, according to the NYT, contend that Morales passed the disks to security officials at Adelson’s casino, which served as a go-between for the CIA,” the American Conservative reports.

Morales has since been arrested in Spain for the scheme.

Assange’s legal team explained that he was so concerned about the constant surveillance that he began sleeping inside a tent in his bedroom.

According to the whistleblower who exposed the UC Global plot, “David (Morales) said the Americans were desperate and had even suggested more extreme measures could be applied against the guest to put an end to the situation,” Fitzgerald told the court. He added that they discussed that the embassy door could be left open to make a kidnapping look like it could have been “an accident”, adding “even the possibility of poisoning had been discussed,” the Daily Mail reports.

Assange is facing charges under the Espionage Act in the United States for his publication of the Iraq and Afghan War Logs. If extradited and convicted, he could face a maximum sentence of 175 years for the “crime” of publishing material that the US government did not want the public to know.