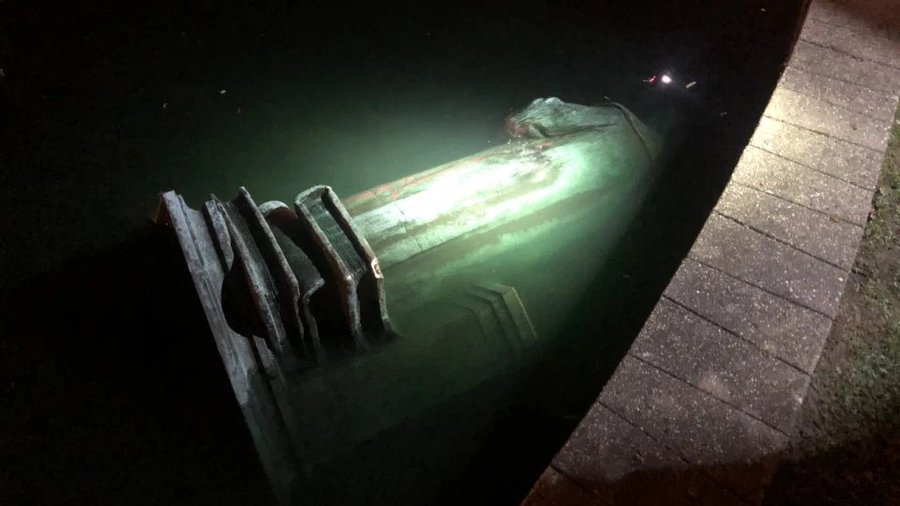 Vandals have ripped down the statue of Christopher Columbus that has stood in Richmond’s Byrd Park for nearly 100 years.

The statue and it’s base was vandalized and lit on fire before being thrown into a nearby lake.

Earlier in the day, the founder of Marijuana Justice Chelsea Higgs-Wise spoke at a protest and urged the crowd to “start where it all began — we have to start with the people who stood first on this land.” Within two hours, the mob was marching to the statue and chanting “take it down.”

Approximately 1000 people were present when it happened.

BREAKING: The Christopher Columbus statue at Byrd Park was taken down by protesters. This follows a call for its removal by demonstrators earlier today. The story is developing, we'll have more details as they come. pic.twitter.com/FLsEafHr58

Yeah sex is cool but have you ever seen a toppled Christopher Columbus statue with a burning American flag get dragged into a lake? pic.twitter.com/AEl3Yt4G9S

The Columbus statue, ironically, was controversial at the time that it was erected because of anti-immigrant hostility towards Italians.

On Monday night, criminals in the city also ripped down a Confederate statue of General Williams Carter Wickham in Monroe Park.

“Christopher Columbus is one of the most significant men in the history of western civilization and none of the non-contributing idiots who tore down his statue will ever achieve anything close to what Columbus achieved. We are overrun by ungrateful, stupid brats,” Matt Walsh of the Daily Wire tweeted about the destruction.

Christopher Columbus is one of the most significant men in the history of western civilization and none of the non-contributing idiots who tore down his statue will ever achieve anything close to what Columbus achieved. We are overrun by ungrateful, stupid brats. https://t.co/HnfnBSsNzd

Columbus was an explorer and one of the most important men in history. He completed four voyages across the Atlantic Ocean which helped to develop the New World and pave the way for Western civilization.

For over two weeks, rioters, vandals, looters, arsonists and murderers have been running rampant in US cities. The race riots began over the death of a black man who died in Minneapolis Police custody last month.

City Parks and Recreation confirmed to 8News that the statue is owned by the city of Richmond.

It is unclear if any arrests have or will be made.