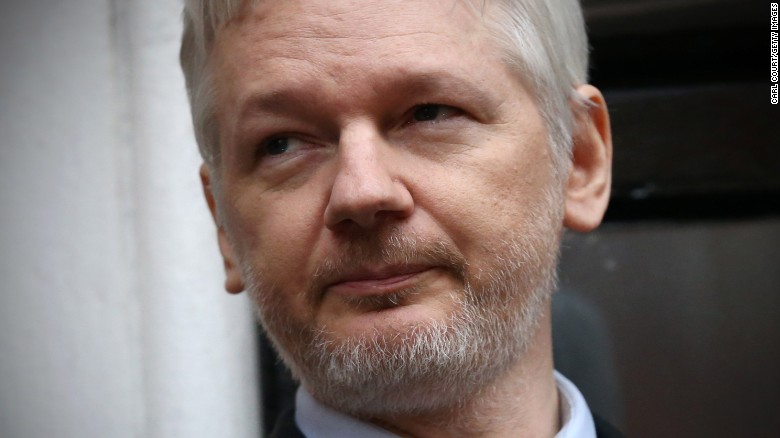 The United Nations Special Rapporteur on Torture, Nils Melzer, has warned that Julian Assange could end up being charged for “acts of terrorism transcending national boundaries.”

On Sunday, Melzer tweeted a blog post from a WikiLeaks supporter who was expressing her concerns about the issue.

Will US try #Assange for #terrorism? How can he be charged in 2018 for conduct in 2010, subject to 5yrs statute of limitation? @AngelFox71 may be right: Penal Code Sct 2332b extends limitation to 8yrs for “acts of terrorism transcending national boundaries”https://t.co/COOKlJL6cJ

Melzer noted that Assange was charged in 2018 for conduct that allegedly occurred in 2010, which would normally be subject to a five year statute of limitations. The exception for this would be if the US government was using Penal Code Section 2332b which extends the statute of limitations to eight years for international terrorism cases.

The post that Melzer linked to was written by an ardent Assange supporter who writes under the nom de plume “Angel Fox.” She wrote that “the only way legally to charge Assange is by calling the documents Wikileaks released an act of terrorism. This will set a precedent for any publisher to be indicted for terrorism if they publish classified documents that are of public interest.”

Her concern was based on an article from National Review in which Andrew McCarthy noted that the Justice Department is prosecuting Assange on an indictment filed three years after the prescribed limitations period. He wrote that “it appears that the Justice Department is relying on an exception, in Section 2332b of the penal code, that extends the statute of limitations to eight years for ‘acts of terrorism transcending national boundaries.'”

If this is true, it will open a can of worms that we may not be able to close.

The charges against Assange currently all stem from the war logs leaked by Chelsea Manning under the Bush administration. Newspapers and media companies from around the world assisted WikiLeaks in reading through the documents, confirming them, working to redact them and reporting the stories out. If Assange’s actions are branded as terrorism, will the editors of the New York Times and the Guardian be charged with providing support for terrorism?

Under the Patriot Act the four types of support are described as “training,” “expert advice or assistance,” “service,” and “personnel.” There is no question that dozens of reporters worked with WikiLeaks directly assisting them with the leak.

This was the basis for the Obama administration’s decision not to pursue charges against the 2019 Nobel Peace Prize nominee. They referred to it as the “New York Times Problem,” acknowledging that going after Assange and his associates would open up major mainstream outlets to similar legal troubles.

While the mainstream and establishment media bicker and cry about the Trump administration waging war on the press by mocking CNN on Twitter or calling Jim Acosta names, they appear to be ignoring the clear and present danger right in front of them.

Assange is currently imprisoned in HMP Belmarsh in London awaiting a five day trial set to begin on February 25 to determine if he will be extradited to the United States — where he faces severe charges under the controversial Espionage Act. If he is convicted, he could be sentenced to up to 175 years in prison for the award-winning publications.

Last month the UN issued a scathing report in which Melzer warned that Assange could face the death penalty if he is extradited.

“I am particularly alarmed at the recent announcement by the US Department of Justice of 17 new charges against Mr. Assange under the Espionage Act, which currently carry up to 175 years in prison. This may well result in a life sentence without parole, or possibly even the death penalty, if further charges were to be added in the future,” Melzer wrote.

Melzer and two medical experts on torture who visited Assange in prison on May 9 concluded that Assange has been subjected to years of psychological torture.

“In 20 years of work with victims of war, violence and political persecution I have never seen a group of democratic States ganging up to deliberately isolate, demonise and abuse a single individual for such a long time and with so little regard for human dignity and the rule of law,” Melzer said. “The collective persecution of Julian Assange must end here and now!”