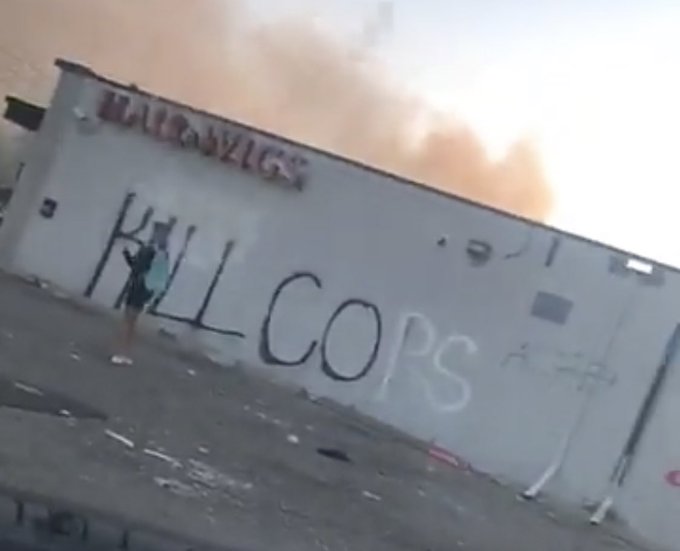 The St. Paul Police Department has announced that over 170 businesses in the city were damaged or looted during the riot on Thursday.

The rioting began early in the afternoon and continued throughout the evening.

“As Thursday turns to Friday, our officers continue to work shoulder-to-shoulder with local, state, federal and fire partners to protect St. Paul,” the department tweeted. “More than 170 businesses damaged or looted. Dozens of fires. Thankfully, no reports of serious injuries. Calm on the horizon.”

As Thursday turns to Friday, our officers continue to work shoulder-to-shoulder with local, state, federal and fire partners to protect St. Paul.

More than 170 businesses damaged or looted. Dozens of fires. Thankfully, no reports of serious injuries. Calm on the horizon.

The riot began when a group of 50 or 60 people attempted to loot a Target store in the Midway neighborhood. When police arrived, they reportedly dropped their stolen goods and ran down the street where they began to destroy other shops.

Many of them are small businesses that were already struggling due to the pandemic.

Fire has now started in St. Paul. The NAPA Auto Parts is on Fire. #wcco pic.twitter.com/W8Ld3983Ri

“Soon after, another group of people tried to ransack a Foot Locker store on University Avenue across the street. Police again intervened, resulting in a standoff between officers and the rioters,” Fox 9 reports.

Other stores that were targeted included Foot Locker and TJ Maxx.

During the riot, rocks, bricks and bottles of alcohol were thrown at police officers and their squad cars.

When the criminals began to move towards the State Capitol, Senators and their staff were told to evacuate in the “interest of public safety.”

By afternoon, armed citizens began to protest some local businesses.

The rioters have been in response to the death of George Floyd while he was in police custody in Minneapolis on Monday. A video of him telling an officer who had his knee on his neck that he could not breathe rapidly went viral and set off chaos across the nation.

There has been rioting in Ohio, Colorado, Minnesota and Kentucky.

Related Topics:featuredLootingMinneapolisRiotSt. Paul
Up Next