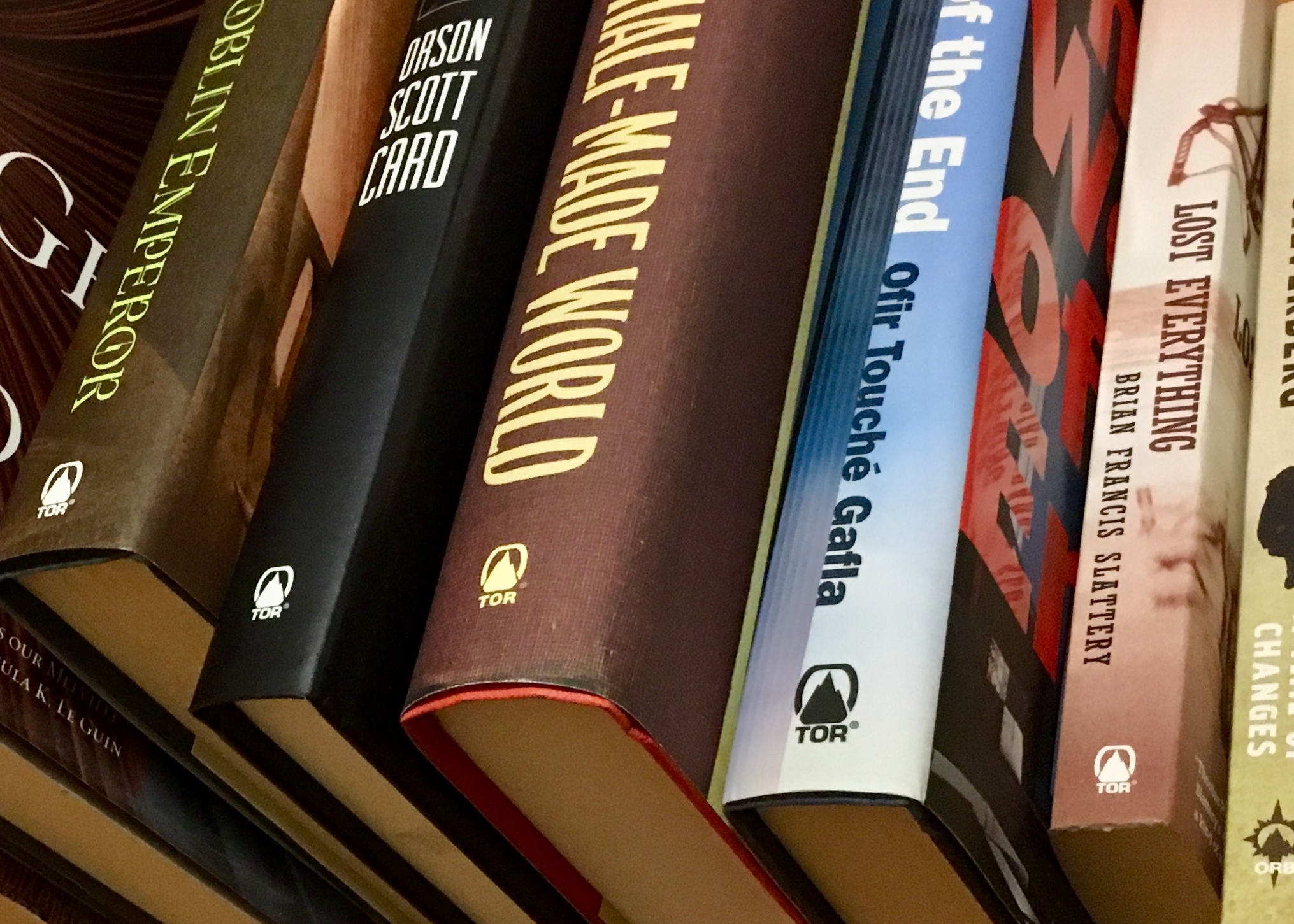 The science fiction world has been a cauldron of social justice warriors that have usurped the industry and sapped all of the fun out of what once was an American cultural centerpiece. Magazines and books once sold in the millions, but now only sell in the tens of thousands if they are an extremely successful work. Many publishers fail even to sell a thousand copies of novels these days.

Part of it is the wealth of other forms of entertainment competing for space, but it’s also been the case that science fiction has become less fun in the last two decades. Where it was once about adventure and sense of wonder, it now has become a competition to see which writer can “out-woke” the next with a series of virtue signaling about race, color, sexuality, gender, and bonus points if you combine all of the above.

Over the last several years, a purge and ostracization of writers who don’t beat to the political drum has occurred in the industry, as pushing has gone further to the extreme left. Now, it’s gone to the point where an author from a major publisher, Tor Books, is calling for violence against conservatives:

The tweet comes after Portland Antifa threw milkshakes laced with quick dry cement onto right-wing protestors at a rally to try to harm them, according to the police. Antifa members also attacked a gay reporter who was on the scene.

The police attempting to protect protesters from violence apparently outraged Ms. Gailey, who advocates far more extreme measures against those wishing to exercise their right to assemble.  Her reasoning for the proposed violence is an unsubstantiated claim that those she hates advocate for genocide:

She has not provided any evidence of this alleged “advocating for genocide” that I could find.

Tor Books has progressively been becoming more extreme for the last several years, ever since the Sad Puppies controversy that cast a negative light on The Hugo Awards — which was once science fiction’s most prestigious awards. It seemed to many industry professionals as though Tor Books used political favors to keep their authors winning awards year after year, shutting out not only other companies, but also authors who were of a moderate to conservative persuasion.

The Sad Puppies was an award slate meant to counter the insider culture with books that readers loved, regardless of political persuasion, which establishment insiders saw as a threat to the establishment. Former Tor author John C. Wright was nominated for an award, which Editor-In-Chief Patrick Nielson Hayden shunned for political reasons, even though Wright was an author with the company. The Wrights had multiple conversations with the EIC that escalated because of the toxic political climate at Tor. “I approached him at the pre-Hugo party and tried to speak to him about the tensions between John and my Tor editor, Moshe Feder. I actually intended to let him know I had forgiven Moshe. He got angry and swore at me, telling me that I should tell my husband to shove it, etc.” said  L. Jagi Lamplighter-Wright, John’s wife and fellow former-Tor author. The result was the Wrights walking away from Tor Books.

It wasn’t one person’s opinion at the company, but the whole editorial staff pushes fringe-left extremism. Editor Moshe Feder, who works with NYT Bestseller Brandon Sanderson, called the author of this article “not smart enough to make it in science fiction,” on his Facebook page in reference to how industry insiders were treating me over my political views, despite my never interacting with him.

Irene Gallo, who was recently promoted within Tor Books to Vice President and Publisher, posted calling right-leaning authors “unrepentantly racist, misogynist, and homophobic,” and further called groups supporting authors on the right “extreme right-wing and neo-nazi groups” in an attempt to dehumanize her political opposition.

It’s no surprise that the authors the company chooses to publish come with an extreme political agenda that continues to push the boundaries of what’s acceptable for a free society. One can only hope that the rhetoric they espouse, such as wishing violence and death on those with different political viewpoints, doesn’t get acted upon by either these authors or crazed fans who may be influenced by them.

Jon Del Arroz is the leading Hispanic voice in science fiction, a #1 Amazon bestseller and award-winning author of the reader-acclaimed steampunk series, The Adventures of Baron von Monocle. He has written cultural commentary journalism for The Federalist and Milo Yiannopoulos’ Dangerous.com. He can be found on twitter @jondelarroz or YouTube.