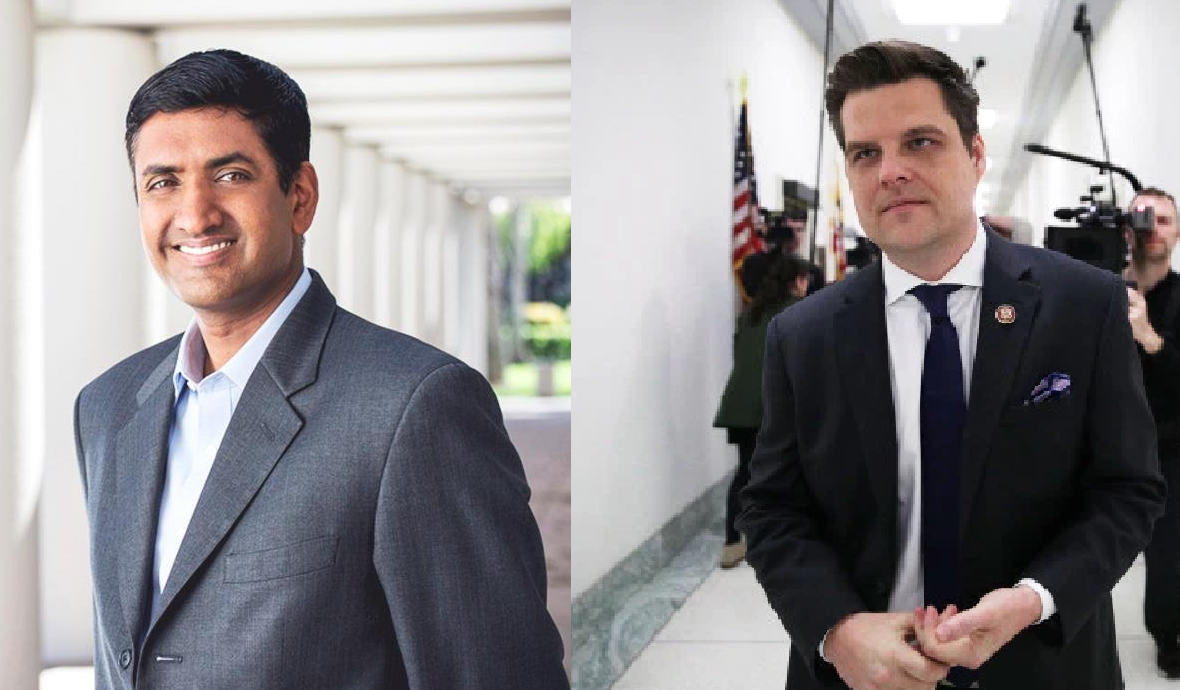 Democratic Rep. Ro Khanna and Republican Rep. Matt Gaetz have teamed up to introduce an amendment to the National Defense Authorization Act (NDAA) that would block funds for U.S. military action against Iran without Congressional approval.

Rep. Gaetz has been a strong Trump ally, but also a vocal critic of needless wars.

“This amendment affirms what President Trump knows and believes: unfocused, unconstitutional, unending wars in the Middle East make America weaker, not stronger,” Gaetz said in a statement. “Iran must be prevented from obtaining a nuclear weapon and threatening international peace, but Congress must resolve to ensure that any military action is carried out constitutionally.”

Rep. Khanna pointed out in his statement that President Trump campaigned on ending wars — but has hired some of the most hawkish neocons in DC.

“Last week, we watched President Trump come within minutes of striking Iran and involving the United States in yet another trillion-dollar war in the Middle East,” Khanna said in a statement. “President Trump campaigned on ending costly wars overseas but given the advisors he chose and his recent risky actions, he is not living up to that promise.”

President Trump has stated that he does not believe he needs Congressional approval to start a war, a sentiment that has worried many lawmakers on both sides of the aisle.

“Any attack by Iran on anything American will be met with great and overwhelming force. In some areas, overwhelming will mean obliteration,” Trump tweeted on Tuesday.

Senate Majority Leader Mitch McConnell has said that he is open to voting on a similar bipartisan bill in the Senate.

“We’re not opposed to having the vote and we’re working on having that vote, passing NDAA and doing the supplemental [border spending bill], all this week,” McConnell told reporters.