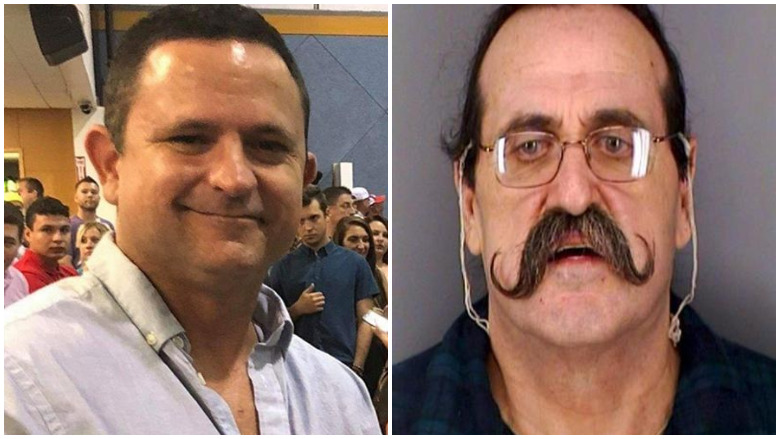 A man named James Fairbanks has won over the internet after being arrested for the murder of pedophile Mattieo Condoluci.

Fairbanks has received support from the mother of one of the pedophile’s victims — and even Condoluci’s own daughter.

The real-life Dexter was only caught because he wrote a lengthy letter to the media explaining why he did it and vowed to turn himself in as long as they published it.

The letter read as follows: 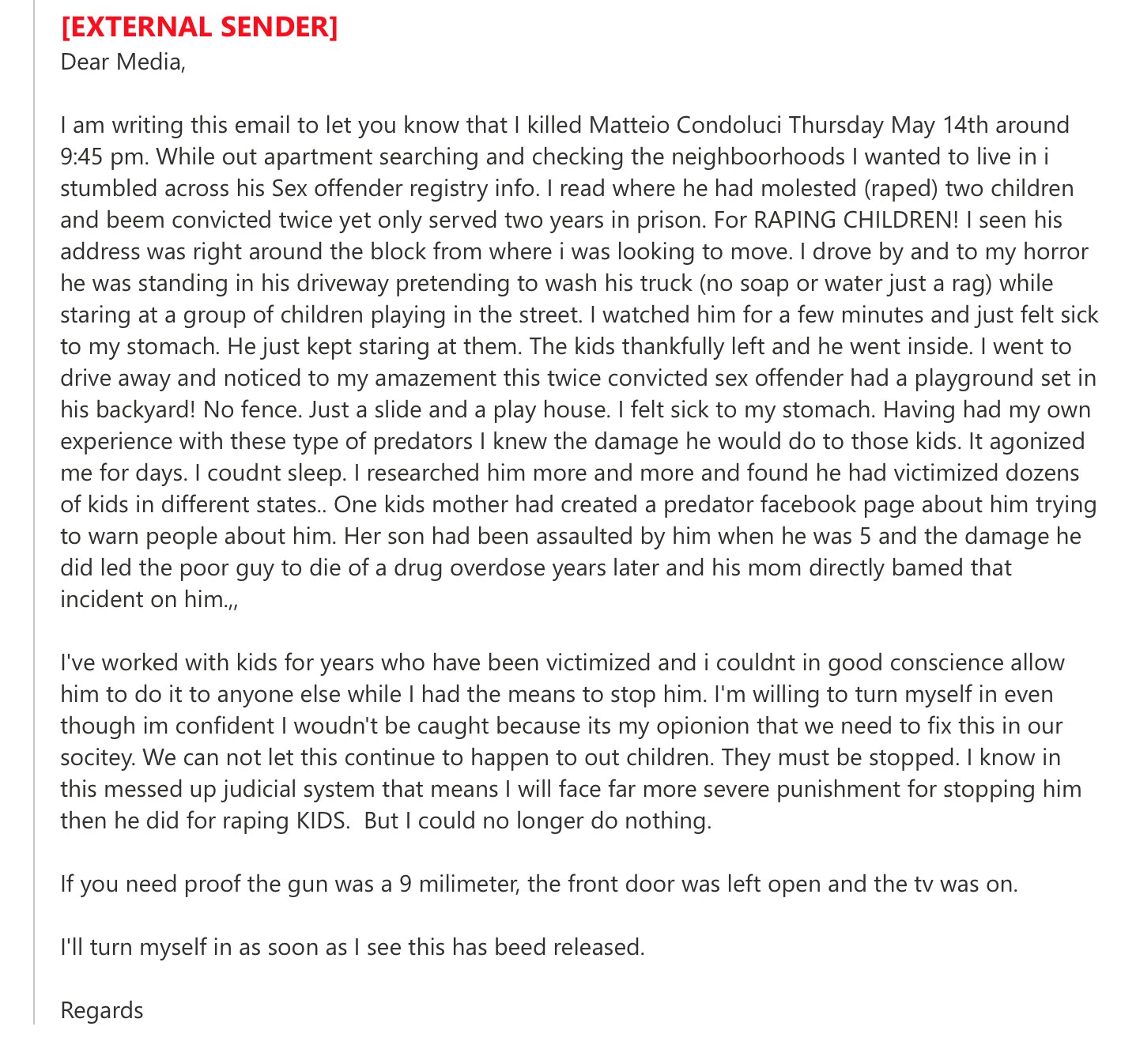 Fairbanks says that he had seen Condoluci on the sex offender registry while he was looking at a house in the neighborhood. He was upset when he went to view the home and saw the pedophile outside looking at children.

Condoluci, 64, was found dead in his home in Omaha, Nebraska, on Saturday after being shot at his front door on Thursday.

This week, Fairbanks, 43, was charged with the first-degree murder and use of a deadly weapon to commit a felony.

In a confession email about the crime, Fairbanks, a former Omaha Public School employee, wrote that “I’ve worked with kids for years who have been victimized and I couldnt (sic) in good conscience allow him to do it to anyone else while I had the means to stop him.” The letter was sent to various media outlets anonymously and later posted to his social media.

The mother of one of Condoluci’s victims, Laura Smith, has even started a Facebook group to support Fairbanks. Her son Anthony took his own life after being sexually abused by the pedophile when he was just five years old.

Smith has spent years trying to get justice for her son, who died from an overdose in 2017.

In 1993, Smith had moved in with Condoluci. She made a run to the grocery store late one evening, and when she came home she found her son “violently crying” in the bathroom.

“I knew something was instantly wrong,” Smith told the Daily Beast, recounting how Condoluci tried to claim her son had just “wet the bed.” “My son had never wet the bed in his life. I ended up packing my stuff the next day and when we were leaving my son quietly said, ‘Mommy, I got something I got to tell you.’ I instantly knew.”

The child told her that Condoluci had touched his genitals and forced him to touch his through his clothing.

The child predator pleaded guilty to “attempted lewd and lascivious assault upon a child” in 1994 and was only sentenced to four years of probation and drug counseling.

In 2007, Condoluci struck again and raped a 13-year-old girl. He was sentenced to five years in prison, but released in just over two because of “good behavior.”

Following his death, Condoluci’s daughter, Amanda Henry, told the Kearney Hub that Fairbanks should be sentenced to probation. “Murdering my dad was a horrible thing,” she said. “But children are much safer now, any other child he could have hurt is much safer.”

The daughter of the dude he killed said he shouldn’t go to prison. pic.twitter.com/XGPq8L5crl

Henry also joined the Free Fairbanks Facebook group and wrote in a comment “yes it hurts because that monster was my dad but right is right and wrong is wrong and he was so very wrong.”

The Facebook group had nearly 2,000 members by Thursday and the hashtag #FreeJamesFairbanks was going viral on Twitter with well over a million impressions.

A petition to pardon Fairbanks has also already collected over 12,000 signatures. There has also been several GoFundMe fundraisers created to help pay for his legal defense, but the website keeps removing them.

Fairbanks’ defense attempted to get him released on a $500,000 bond due to his lack of any prior criminal history, but the judge declined and opted to hold him without bond.

Fairbanks is currently being held at Douglas County Jail.

Majority of Americans Believe We Should Put America First, Let Other Nations Handle Themselves