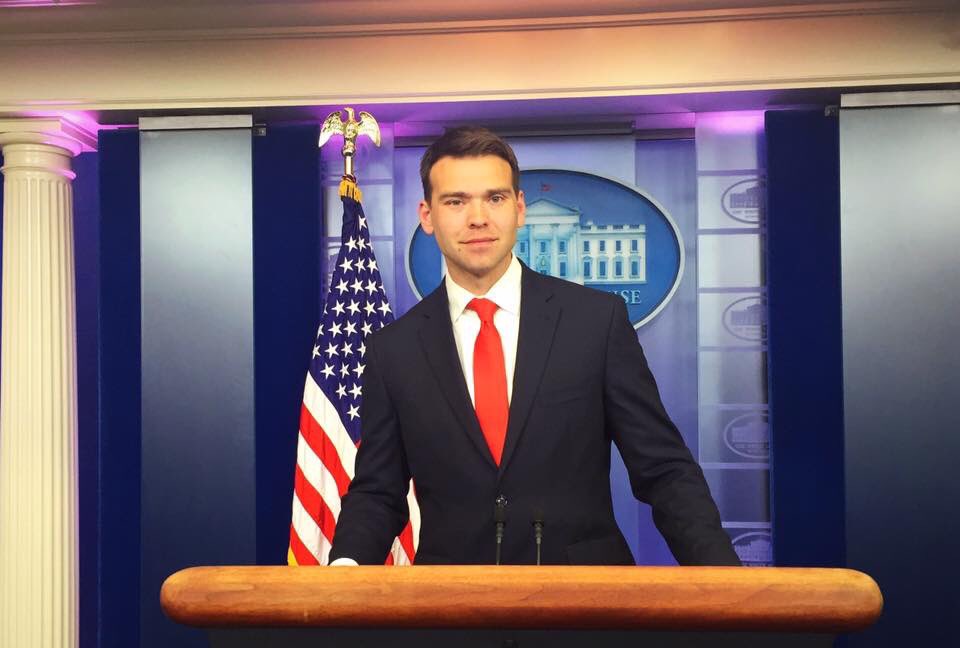 President Donald Trump confirmed on Monday that he regularly lurks the Twitter feed of One America News reporter Jack Posobiec.

Posobiec, his wife Tanya, and son Jack Jr. were in downtown DC on Sunday afternoon to watch the Blue Angels flyover when the president began retweeting responses to tweets in the OAN star’s feed.

The notifications prompted Posobiec to let his followers know that the “president watches this space closely.”

Moments later, though he wasn’t tagged in the tweet, President Trump responded and confirmed.

This isn’t the first time Trump has made it clear that he is a big fan of the intelligence officer turned news personality.

The first Trump retweet for Posobiec came in 2017 when he had shared a news article about shootings in Chicago with the question: “Meanwhile: 39 shootings in Chicago this weekend, 9 deaths. No national media outrage. Why is that?” The media reacted to the retweet as if they were a bunch of jealous school girls vying for attention. Of course, they promptly made the rising conservative star the target of dozens of hit pieces.

A few months later, Trump retweeted him again. This time Posobiec had tweeted, “Dick Durbin called Trump racist for wanting to end chain migration. Here’s a video of Dick Durbin calling for an end to chain migration,” along with the video. Once again, the media mean girls grabbed their pens and began furiously scribbling smears about Posobiec like they were Regina George with her bright pink “burn book.”

Since then, the president retweeting Posobiec has become a fairly regular occurrence — and so have the predictable and boring hit jobs from the perpetually outraged liberal media.

Speaking to the District Herald about Trump’s endorsement of his Twitter feed and leftist journalists’ anger about it, Posobiec asserted that “hoes mad.”

“After Trump entered office someone had to step up to become the most-interesting account on Twitter so I decided I had to do it for the good of the people,” Posobiec asserted. “And of course, now that I am here, there’s hoes mad.”

He also tweeted about the outraged “hoes.”

Trump: Hey, Poso brought his good-looking Christian family to see the Blue Angels today and talk about national unity. I will RT this wholesome content for all to see

The president and other fans of Posobiec will soon have another way to enjoy their beloved commentator, as he has teamed up with comic book legends Chuck Dixon, Brett Smith and Sergio Cariello to create a new comic book titled Agent Poso: TASK FORCE AEGIS. District Herald founder Cassandra Fairbanks will also appear in the comic as part of the task force.

While there will probably be a hundred new smear articles about him in the morning, the real important thing to take away from this Twitter bromance is that if you have a pet cause or issue that you would like to raise with President Trump — freeing Julian Assange, for example — it looks like pestering Posobiec on Twitter might be the best avenue to get some attention from the big guy in the White House.

Dem. Rep Resigns After Tweeting He Doesn’t Believe Tara Reade Due to ‘Position Of the Female Vagina’