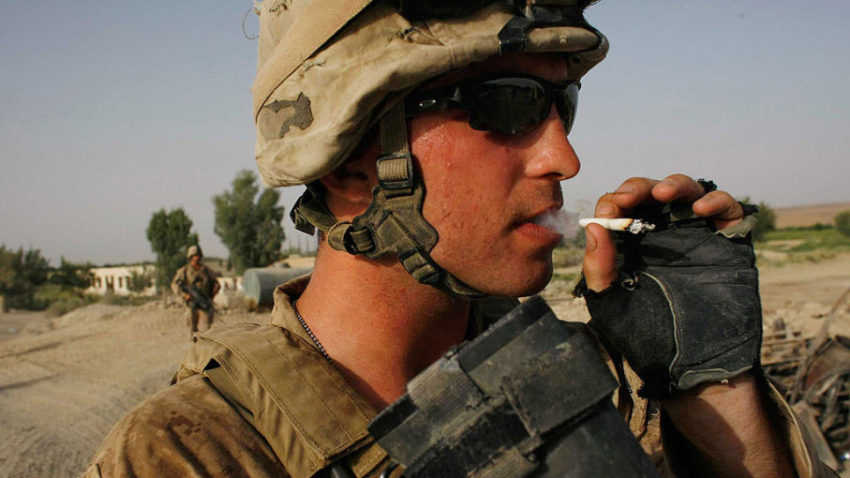 New legislation that has been introduced by U.S. Senate Majority Leader Mitch McConnell (R-KY) will ban people under 21 from purchasing tobacco or vaping products — even if they are in the military.

The United States considers our 18-year-old men and women ‘adult’ enough to fight and die for this nation, but not old enough to make decisions about their own health and recreation.

Originally, McConnell had planned a military exemption for the newly introduced legislation. However, he has now walked that back and declared that the ban will be for everyone without exception — including our troops. The legislation, originally introduced by Sen. Tim Kaine (D-VA), will allow states to make the age for purchasing even higher if they choose to do so.

“We’ve had plenty of evidence … that this is a public health problem of significant proportions,” McConnell said, adding that he doesn’t think the military should be “treated differently on a public health issue,” according to a report from McClatchy.

There are already 12 states that have raised the age for tobacco products to 21.

“It is our responsibility as parents and public servants to do everything we can to keep these harmful products out of high schools and out of youth culture,” McConnell said before Senate.

While tobacco use is certainly a danger to one’s health, so is fighting endless wars. If McConnell truly cares about the health and safety of our young men and women he should be fighting to make sure that they remain safely here at home.